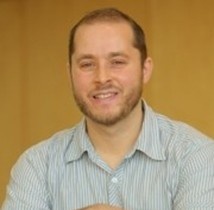 I was raised in Saint Petersburg, Russia and began my university career in Jerusalem. There I completed a BA in Arabic and Islamic Studies and an MA in Comparative Religion, with a focus on Greek Patristics. My Master’s thesis offered an analysis of the medieval translation of Dionysius the Areopagite’s Mystical Theology into Arabic. I received my PhD in Arabic and Islamic Studies from Yale University. In my dissertation I explored the concept of “divine disclosure” (human knowledge about God) in the writings of the influential Muslim theologian Abu Hamid al-Ghazali. I have been teaching at Dalhousie since 2008.

My current research involves work on Christian literature in Arabic, classical Sufism, medieval Arabic philosophy, Graeco-Arabic Studies, and Christian asceticism and mysticism in the Syriac churches. I am interested in the history of transmission of philosophical, theological, ascetic, and mystical ideas from Late Antiquity to early Islam. I have published Inspired Knowledge in Islamic Thought: Al-Ghazali’s Theory of Mystical Cognition and Its Avicennian Foundation (2012) and several co-edited volumes, including The Orthodox Church in the Arab World (700–1700) (2014) and Patristic Literature in Arabic Translations (2020). I am the editor of the book series “Arabic Christianity: Texts and Studies” (Brill). My publications can be consulted here.