Posted by Mirjam Held on April 6, 2015 in Research 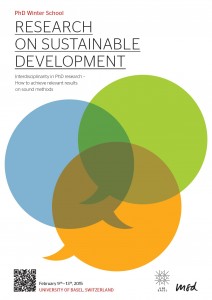 Interdisciplinarity is a term that is not easily understood as the scholarship of interdisciplinarity is characterized by a lack of a uniform terminology. In the strictest sense of the term, interdisciplinarityrefers to the combination of two (or more) disciplines to create a new discipline that is positioned between the parent disciplines and thus better able to address research situated at the overlapping boundaries of two disciplines. Examples of such inter-disciplines are biochemistry, geophysics and oceanography which, in the academic setting, are often at par with more traditional disciplines such as mathematics, biology or history.

This inevitably raises the question of what is a discipline. According to Moti Nissani (1995), “a discipline can be conveniently defined as any comparatively self-contained and isolated domain of human experience which possesses its own community of experts”. As such, a discipline is a field of study that is characterized by a specific set of objectives, concepts, assumptions, principles and methodologies (Burger, 2015; Kockelmans, 1979). So far so good, but are these definitions helpful for a better understanding of what is interdisciplinarity?

Our modern concept of a discipline is based on historical distinctions that may now seem arbitrary as our knowledge within each discipline has multiplied over time. Thus, the current compartmentalization of our disciplines and inter-disciplines, be it in research, teaching or administration, is not satisfying (Kockelmans, 1979) and was indeed the cause for a great deal of discussion during the Winter School. The lack of a commonly used terminology has prompted numerous scholars to propose definitions, typologies and taxonomies of interdisciplinary endeavours.

Two prominent examples are the works of Joseph Kockelmans and Julie Klein. Kockelmans (1979) advocated for the use of the term interdisciplinarity in the narrow sense and proposed to distinguish between pluridisciplinary (when competence in one discipline presupposes a rather thorough knowledge of other disciplines), crossdisciplinary (employing insights and methods or techniques of some related disciplines, without attempting to integrate the disciplines) and transdisciplinary (systematically pursuing the problem of how the negative side effects of specialization can be overcome so as to make education and research more socially relevant) work for all other non-disciplinary activities.

On the other hand, the term interdisciplinarity is also used in the broad sense, i.e. referring to all non-disciplinary endeavours in research, education or administration (Kockelmans, 1979). One such broad definition of interdisciplinary research characterizes it as research of a common problem that concerns several disciplines, thus taking place at a “disciplinary interface” and establishing new knowledge by integrating different disciplinary perspectives (Brand, 2000; Godemann, 2006).

The continuum of interdisciplinarity. Reprinted from Presentation slides by M. Christen, 2015, University of Basel. Reprinted with permission.

After much debate we chose to take a rather pragmatic approach that focuses on the crucial element of integration in interdisciplinary research. Our comparative framework was organized along a number of questions we had devised to help us discern different degrees of disciplinary integration. Questions included: Who is doing the research? What is the degree of integration (from mere interaction to full merging)? What is being integrated (what kinds of knowledge, what disciplines, what elements of disciplines)? What is the motivation for interdisciplinarity? What are the outcomes? Who is doing the integration? What is the common conceptual basis? What tools or approaches are used? 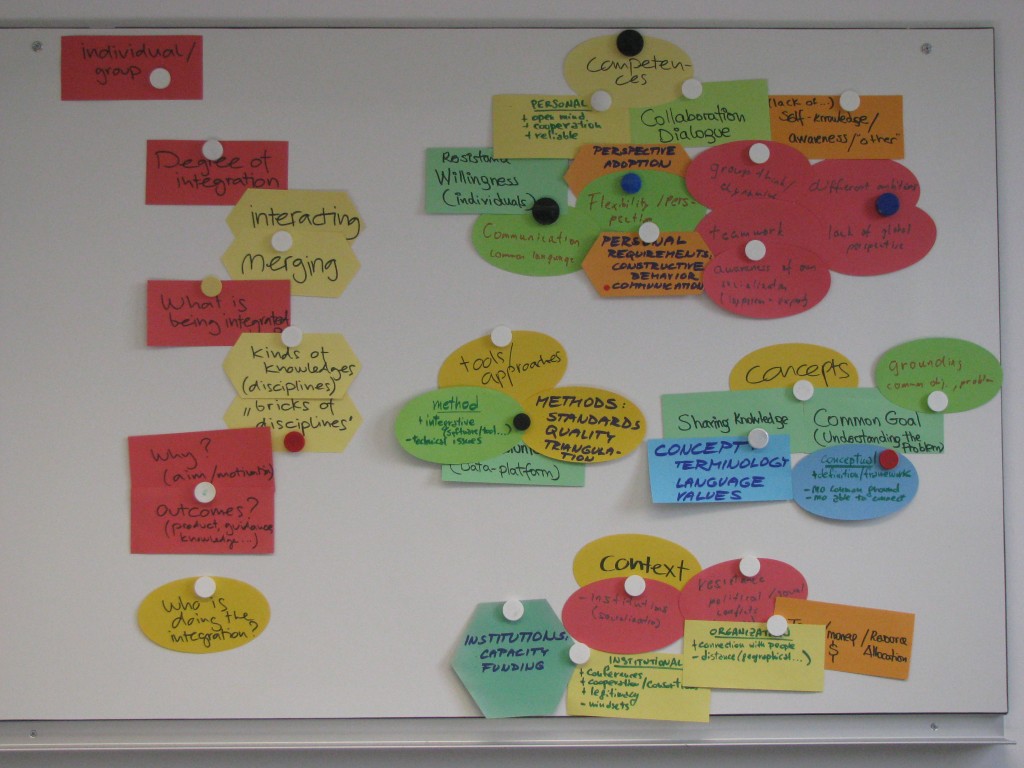 A snapshot of the work-in-progress devising the questions that eventually organized our common framework for interdisciplinary research. Photograph by M. Held, 2015.

Throughout the rest of the week, the framework provided a valuable guiding tool to evaluate the interdisciplinarity of our own research as well as of the work presented by instructors and guest lecturers. Along the way, however, the framework experienced adaptations as not all questions proved equally relevant. Nevertheless, our structuring turned out to be well in line with Lattuca’s (2001) argument that disciplinary integration and interaction provide the most common framework to compare and understand different types of interdisciplinary work.