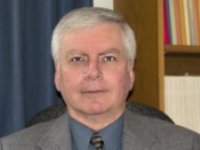 He has testified on many occasions before various parliamentary committees on the maritime and other aspects of Canadian defence and security policy. He has been an external advisor to the Auditor General of Canada's Comprehensive Audits of the Department of National Defence (1991-92, 1993-94, and 1997-98). From 1993 to 1994 he was a member of the Board of Governors of the National Defence College, and was also a member of the Advisory Committee of the Cooperative Security Competition Program, Department of Foreign Affairs and International Trade. In 1995 he was appointed to the Board of Directors of the Atlantic Council of Canada. He is currently on the Editorial Board of the Canadian Naval Review.