The Ethics of Evacuation

When natural disasters and violent events strike, who gets saved first, who gets medical resources and who doesn’t, and how are end-of-life decisions made?  Drawing on compelling stories from recent events, including Hurricane Katrina and several mass shootings, New York Times correspondent Sheri Fink will explore the ethical minefields of emergency response. In the lead up to the 100th anniversary of the Halifax Explosion, Fink will discuss the critical role of preparedness and how thinking of these difficult issues may be the most important ethical imperative of all. Her March 2010 article “The Deadly Choices at Memorial” was awarded the Pulitzer Prize for Investigative Journalism. 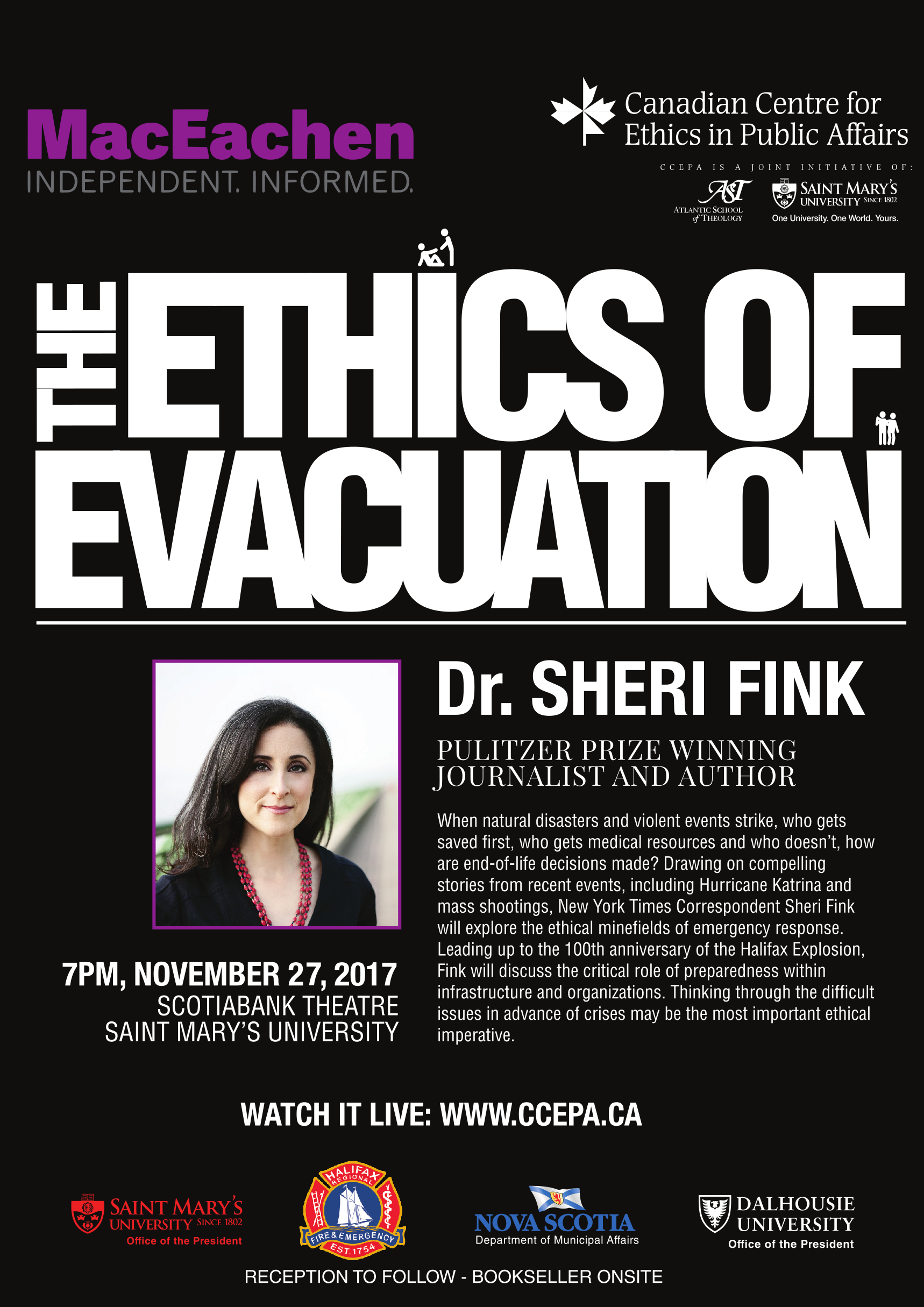