Presented by the MacEachen Institute and the Halifax branch of the Canadian International Council (CIC).

The upcoming American Presidential Election on November 3, 2020 is shaping up to be a bitter and divisive contest, pitting President Donald Trump against former Vice-President, Joe Biden. The raging battle for the White House has completely absorbed most Americans and tended to leave us, north of the border, essentially on the outside looking in and hoping for the best.

What’s really at stake for Canada and Canadians? How do the two presidential candidates stack up on critical political issues affecting our continental relationship? Our panel will look at ‘make-or-break’ issues on the North American agenda ranging across the spectrum from diplomacy and defense to trade and the environment to race and equality rights. 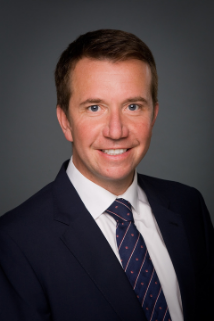 The Honourable Scott Brison joined BMO as Vice-Chair, Investment & Corporate Banking in 2019. As an elected Member of Parliament, Scott served the constituency of Kings-Hants (Nova Scotia) who elected him to Canada’s House of Commons seven consecutive times over 21 years. During that time he served in government for seven years holding key roles, most recently as President of the Treasury Board and Minister of Digital Government from 2015 to 2019, Minister of Public Works and Government Services from 2004 to 2006, and Parliamentary Secretary to the Prime Minister with special emphasis on Canada- U.S. relations from 2003 to 2004.

In June 2020, Mr. Brison became Dalhousie University’s eighth chancellor. He is a member of the Trilateral Commission and was named by the World Economic Forum of Davos, Switzerland, as one of its "Young Global Leaders." In August 2010, Mr. Brison was awarded the Order of San Carlos by Colombian President Álvaro Uribe in recognition of his contributions to the Canada- Colombia Free Trade Agreement.

Mr. Brison serves on the board of Bond Resources Inc., the Canada-China Business Council, the Dalhousie University Board of Governors, the Macdonald Stewart Foundation, CJPAC and previously served as Chairman of SeaFort Capital Inc.

Mr. Brison earned a Bachelor of Commerce degree from Dalhousie University. He has completed the Global Leadership and Public Policy for the 21st Century Executive Education Program at the Harvard University Kennedy School of Government.

Brian Bow is Professor of Political Science and Director of the Centre for the Study of Security and Development at Dalhousie University, and editor of International Journal.

His 2009 book, The Politics of Linkage: Power, Interdependence, and Ideas in Canada-US Relations, was awarded the Donner Prize for that year. He has a new book coming out this fall, co-edited with Andrea Lane: Canadian Foreign Policy: Reflections on a Field in Transition.

Maryscott (Scotty) Greenwood launched the US business of Crestview Strategy, a Canadian-based public affairs consultancy and she serves as Partner and the Managing Director of the U.S. Greenwood is also the Chief Executive Officer of the Canadian American Business Council. She is a member of the Board of Directors of Tilray (NASDAQ: TLRY) where she serves on the Audit Committee, Compensation Committee and chairs the Nominations/Governance as well as Special Transaction Committees. Scotty is also a member of the Board of Directors of Spartan Bioscience and the Foundation for Art & Preservation in Embassies.

A former American diplomat to Canada and a frequent media commentator and public speaker, Scotty is an acclaimed business and public policy advocate, communications expert, and political strategist to Fortune 500 companies, trade associations and nonprofit organizations. Greenwood has repeatedly been recognized by Canadian newsweekly The Hill Times, which has named her one of the country's "Top 100 Lobbyists" (2017), "Top 100 People Influencing Canadian Foreign Policy" (2014) and "Top 100 Most Influential People in Government and Politics" (2010).

In 2001, Scotty spent four years as chief of staff of the US Embassy in Canada, having been offered the diplomatic posting by President Clinton. During this time, she received the State Department's Meritorious Honor Award for her innovative outreach program to US governors and Canada's premiers to foster cooperation on issues of mutual concern. From 1993 to 1997, Scotty was director of intergovernmental affairs for the city of Atlanta, handling state and federal relations, including serving on the White House Interagency Task Force on Olympic Security and working on various other projects related to the 1996 Centennial Olympic Games in that city.

Dr. Mustapha is Assistant Professor of Political Science at Huron University College at Western, in London, Ontario, Canada. With experience working in both government policy and academia, she researches and teaches international relations, security studies, public policy, the politics of the War on Terror, globalization and development, and Southeast Asian regional relations.

She is currently a member of the Defence and Security Foresight Group's Asia-Pacific team, and serves on the Editorial Board of the International Studies Association's flagship open access journal, Global Studies Quarterly, launching this fall. Dr. Mustapha publishes on Southeast Asian regional politics and on broader issues pertaining to security. She has also been asked to share insights in media commentary on topics like the Trump Administration’s East Asia policies; popular news coverage of terrorism; and pedagogical challenges presented by the contemporary digital landscape.

Christopher Sands is an American specialist in US-Canadian relations based in Washington, DC. Currently, he directs the Canada Institute at the Woodrow Wilson International Center for Scholars and is a research professor at the Paul H. Nitze School of Advanced International Studies (SAIS), a graduate division of Johns Hopkins University.

Dr. Sands has been previously the director of research programs on US-Canadian relations at the Center for Strategic and International Studies and the Hudson Institute. He has also taught in the School of International Service at American University and the College of Business and Economics at Western Washington University.