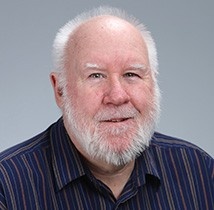 He returned to Dalhousie to begin teaching in 1978. He has taught courses on Hormones and Behaviour, Drugs and Behaviour, Olfaction and Behaviour, Measuring Behaviour, the Neurobiology of Learning and Memory and the History of Neuroscience. He was the Director of the Dalhousie University Neuroscience Institute from 1996-99. He has served twice as the Chairman of the Psychology department, from1989-96 and 2002-2008. From 2008-2009 he was the Senior Visiting Research Professor at St. John’s College, Oxford. In 2013-2014 he was a visiting research professor at Wolfson College, Oxford.

Currently, Dr. Brown maintains a research program on the genetics and behaviour of inbred and mutant mice. He enjoys a wide variety of collaborative research with colleagues at Dalhousie and internationally. His most recent work is with Alzheimer’s Disease and Autism Spectrum Disorder model mice. He is also involved in a number of History ofNeuroscience projects. He also teaches in the IBRO Neuroscience Schools in Kenya, Nigeria and other countries.

He has edited the 2-volume book Social Odours in Mammals (Oxford University Press, 1985) with David MacDonald and written the textbook: An Introduction to neuroendocrinology (Cambridge University Press, 1994; second edition 2015 with Michael Wilkinson). He and Peter Milner were instrumental in having Donald O. Hebb's book The Organization of Behavior reprinted by Erlbaum in 2002 and he continues to publish papers on the importance of the work of Donald O. Hebb.