I can now operate in the world 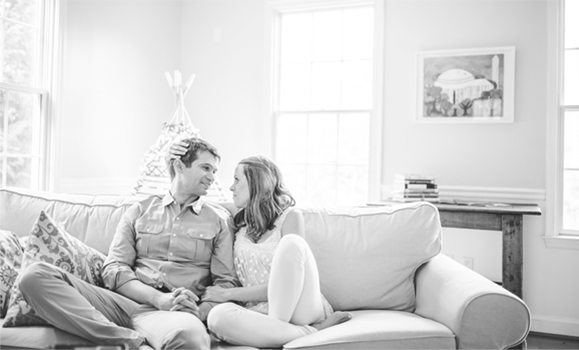 “InteRACT gave me the tools I needed to move forward in my life and I will always appreciate that,” says Thomas C. Maslin (“TC”). “I can’t even imagine—and I don’t want to imagine—what would happen if we didn’t go.”

TC was just 29 in August 2012 when he was robbed and struck on the head with a baseball bat while walking home. The attack led to three months of acute hospitalization, as well as diagnoses of aphasia and apraxia. The busy Maryland-based energy consultant—who loved running, cooking and being with his wife and young son—was suddenly out of work and forced to re-learn basic skills, including how to walk and communicate.

He couldn’t even talk to his two-year-old son—the toddler’s language skills surpassed his own.

“Everybody at InteRACT was thinking about what would impact me in the most positive way,” says TC. “I felt that, I saw that, and I felt the improvements.” His wife Abby agrees: “Every person there was the most professional. The most compassionate. There was no sense of us-them … It was just, ‘We are a team.’”

TC had made huge gains by the end of his first session: he could send emails, converse, make dinner, follow a recipe and read to his son. Importantly, he started to see a bright future.

“I love my work, but it was so far away in terms of when I’d be ready for that. But by the end of the program, it seemed like it could be feasible.”

TC did a second session two months later. After he finished, the improvements kept coming. Less than two-and-a-half years after his injury, TC returned to work. TC and Abby had a second child, and now, at age 35, TC can still feel the effects of aphasia, but it’s not holding him back.

“I know the aphasia is there, but I’m okay with where I am with it. I can now operate in the world in every way I can think of.”