Tracking whales and pinpointing cells: Dal research aims to reveal the workings of the world with $1.5M in new support

Oceanographer Dr. Sarah Fortune looks out to the expanse of the ocean and wonders how climate change is impacting the movements of the creatures that swim below the surface. Dr. Tobias Karakach looks within, focusing his sights on the blueprints of our cells, the smallest physical units that define us.

They are two of four Dalhousie researchers to share in $1.5 million in new funding from the Canadian Foundation for Innovation (CFI) and Research Nova Scotia (RNS) for the acquisition of state-of-the-art equipment and resources. Dr. Fortune and Dr. Karakach are joined by Dr. Locke Davenport Huyer, who aims to create medical devices that aren’t rejected by the body, and Dr. Channakeshava Umeshappa, who plans to tackle the liver’s most severe autoimmune disease.

“To make the innovative discoveries of tomorrow our researchers need access to the latest cutting-edge technologies, equipment, and facilities today. This funding from our partners ensures that Dalhousie can provide the resources faculty need to maximize the potential of their discoveries and the benefits for Nova Scotia, for Canada, and for the world,” said Dr. Alice Aiken, Dalhousie’s vice-president, research and innovation.

Funding was provided through CFI’s John R. Evans Leaders Fund and matching grants by RNS. Read more about the projects the funding will support below. 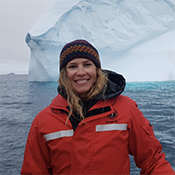 Human activity is altering marine ecosystems at unprecedented rates, including the ability of species to forage for food successfully. Dr. Fortune studies mostly large, baleen whales like bowheads that depend on high abundances of small prey, like copepods and krill that in turn feed on phytoplankton. These small species which make up the foundation of the ocean food web are moving north in response to rising temperatures. Dr. Fortune aims to study how the movement, habitat and foraging success of baleen whales is impacted. Leveraging modelling and drawing on theory from oceanography, ecology, and physiology, she will reveal the behavioural and energetic impact of climate change on present and future whale populations. 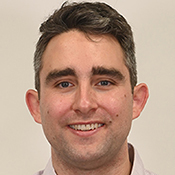 When medical devices are inserted in the body, the immune system can reject them, leading to inflammation and malfunction. Yet their importance to clinical practice is massive and growing, represented by a market size of $130 billion USD in 2020. Dr. Davenport Huyer aims to reduce side effects through the design of new, biologically inspired polymer materials that mimic and interact more optimally with the human body. By innovating and commercializing new materials for medical devices, he hopes to significantly reduce adverse clinical outcomes and associated burdens on Canada’s health care system, while advancing the country’s leadership in the sector. 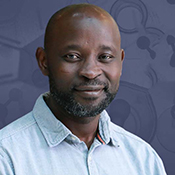 Studying our smallest parts to solve our biggest health challenges

New advanced technologies are now allowing scientists to understand the role individual cells play in health and disease. Dr. Karakach will employ these new technologies to isolate and characterize the genomic make up of single cells from major organs to learn, for example, how they influence the development of diseases such as childhood cancers. He will also study cells that are most affected when older individuals are frail, and those impacted by environmental pollution, especially during the development of an embryo. After he identifies these cells, he will develop approaches to target them with precision therapy that will mitigate the side effects of drugs and significantly reduce health care costs among the aging population and children with cancer. 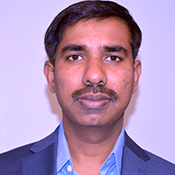 Dr. Umeshappa’s CRC research program aims to increase our understanding of the mechanisms that cause Primary Biliary Cholangitis (PBC), the most severe type of autoimmune liver disease, with the goal of developing new treatments. He will pursue three closely linked projects. Two will investigate the immunological mechanisms that contribute to PBC development. The third will focus on creating PBC-specific cellular therapies that target and kill disease-causing immune cells. The research will be pursued with a leading-edge interdisciplinary team of established scientists, clinicians, and trainees spanning the spectrum of synthetic biology, bioinformatics, immunology, and autoimmunity.