Students pose for a photo at the International Student Dinner in Shirreff Hall earlier this month. (Nick Pearce photos)

A group of generous Dalhousie alumni helped the university share a bit of bright, festive fun with international students earlier this month during the dark of winter by contributing funds to cover costs for a special feast.

Two hundred students, staff, and alumni gathered Jan. 5 for the eight-annual International Student Dinner at Shirreff Hall, sharing in a spread of traditional food, the company of friends new and old, and fun activities.

“Dal alumni wanted to do something for that group of students who were finding themselves apart from home and family at a time when many others are returning home to spend time with family,” says Adam Christie, director of the International Center, which helps coordinate the dinner each year along with the Office of Advancement.

The feast typically takes place in late December for those international students remaining on campus during the end-of-year break, but it was moved to early January for logistical reasons this time around.

This year's event was the first to be held in person since before the COVID-19 pandemic. 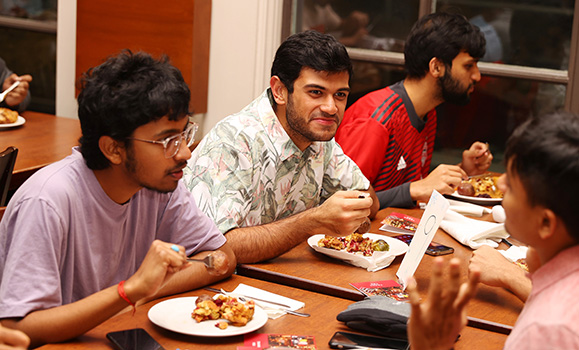 A night to remember

Dinner consisted of many Canadian holiday staples, including turkey, potatoes, stuffing, and all the fixings. There were also vegetarian, vegan, and Halal options.

Attendees were treated to live piano and a fun new game called “people bingo” that had guests flitting around the dinner to meet the people on their bingo cards. 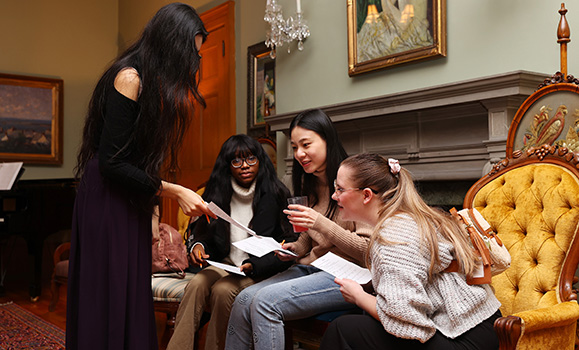 “People were a little tentative to pick a card at first,” says Christie. “Once they realized how to use it, and certainly that there were prizes attached to finishing the card, people dove in, and it was a lot of fun.”

Throughout the evening, 15 to 20 prizes were given out as door prizes and for the bingo game. Prizes included seasonally appropriate Dal swag such as hats, gloves, and scarves.

“You could see the students really enjoyed being together. There was just a lot of positive energy that night, and we’re looking forward to doing it again next year.” 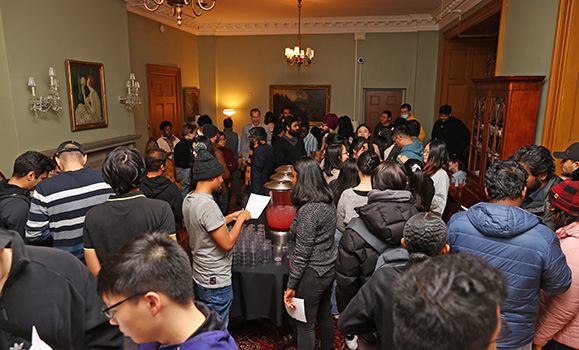 The dinner event often draws a lot of interest, but Christie says the rate at which tickets were scooped up this year is a testament to how popular the event has become.

“Within 24 hours, all the free tickets had been claimed,” he says.

This was Christie’s first year attending the event. He worked closely with colleagues in the Alumni Office, relying on their experience.

The cost for 200 tickets — at $30 a pop — was covered entirely by the fundraising initiatives of Dal alumni and staff.

“We're talking about $7,000 of donations that came in to cover that cost,” says Christie. “I think it's a great initiative. I understand why those tickets got claimed so quickly.” 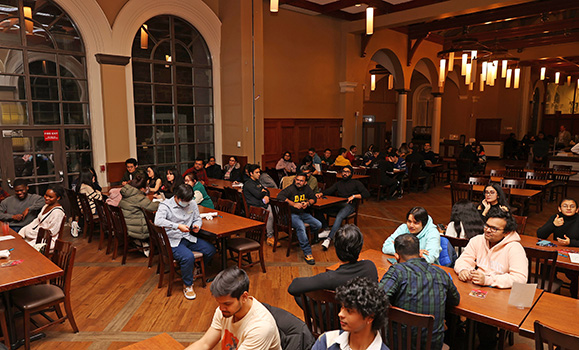