Ask an Expert: Adelina Iftene on the importance of COVID vaccinations in prisons

A view of the Central Nova Scotia Correctional Facility in Dartmouth, Nova Scotia, taken in May 2019. (Ben MacLeod/Wikimedia Commons)

As governments plan the vaccine roll out, they are using these risk factors as a guide for prioritizing distribution. In some cases, this includes planning for vaccinations in prisons. In others, it doesn’t.

Adelina Iftene, associate director of Dalhousie’s Health Law Institute, explains why vaccinations for incarcerated individuals should be prioritized and how this issue sheds light on the lack of preventative health care in prisons during the best of times.

Why is it important to include or even prioritize the prison population in vaccination rollout planning? 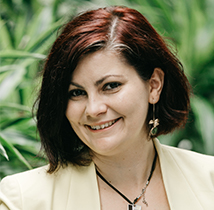 It's important to know that as a group people who are incarcerated have the most intersecting vulnerabilities of any others. Every marginalized group you can think of is going to be overrepresented in prisons, federal or provincial.

This population has many of the conditions that are known to create significant risks for contracting the coronavirus or for developing serious complications that in some cases can lead to death. You’ll find everything from asthma and cancer to HIV and Hepatitis C. And their rates of disease are not just a little bit higher — in some cases they can be 10-30 percent higher among this group than among the general population.

Also, we see an overrepresentation of elderly in prisons because of the increase in some of the sentences and the increase in the number of life sentences. Right now, 25 percent of the federal prison population is considered elderly, which is higher than in the broader community. And we know that age is a risk factor for both contracting the disease and dying of it. We also know — and this is very telling of the significant burden of disease that these individuals have — that the life expectancy in prison is around 62, 20 years less than the Canadian average of 82.

And then, in the middle of all this, place a pandemic. That is a disaster waiting to happen. We've seen what could happen with other infectious diseases: the rate of HIV infection is 10 times higher in prison, for Hepatitis C it’s 45 times higher. So, prisons are hot spots for any kind of infection, and when you're dealing with something new like this that spreads not just through bodily contact, it's a recipe for disaster.

During the first wave of the pandemic, if you were in a federal prison you were 13 times more likely to get COVID and women in federal institutions were 70 times more likely to get COVID. It’s no wonder, because once you have COVID in a prison, you have an outbreak and most everyone is going to get it. Not unlike in long-term care facilities. It's the combination of the congregated space and the unique health burden of the populations that creates a very dangerous combination for such a virus.

Specific attention has been given to the decision to vaccinate 600 of the most at-risk people in Canada’s federal prisons. This aligns with the National Advisory Committee on Immunization guidelines, so why do you think it’s being positioned as a pilot project?

I can only speculate because I'm not sure what their plan is. But there could be a number of things. One of them is that the transportation and storage requirements — the low temperature at which the vaccine needs to be kept — might be something they have to figure out and they're unsure how to do it. Obviously, releasing a good portion of them and giving them the vaccine in the community would solve the problem but that's clearly not what's happening here. So, I think part of it is just figuring out the logistics of the vaccination program and so they're just starting with a small group.

The second part might be that there simply isn't enough vaccine for everybody in the target group so what they might be doing is distributing in various key hotspot locations: some long-term facilities, some health-care providers, some prisons. They have prioritized vaccinations for people in prisons that would have been a priority if they weren’t in prison. So maybe they’re trying to spread it around as a harm-reduction mechanism to best minimize the risks. We see that in other areas of public health, so it wouldn't be surprising.

And third, we've already seen the kind of response this has had, so it might also be that they don't want to use too many of the vaccines on this population because of concerns of public backlash. But they know it’s their duty and they have a legal obligation these people, so they have to do something. I think it's probably a combination of those factors and that's why they called it a pilot. A pilot sounds better for the public than saying we're going to vaccinate with priority all federal prisoners.

First, I must say, Nova Scotia did a much better (it's really not even comparable) job during the first wave in provincial facilities compared to federal. The decarceration rate — which is the release of people from state custody to the community, generally under some form of supervision — of provincial prisons was 45 percent compared to 1 percent of the federal prison population. And we did not have outbreaks in the provincial prisons — there was only one person who was quickly identified and treated, so it wasn't disastrous.

That was good but now there is the concern that the government has become comfortable with the situation and they feel they've done enough. The decarceration stopped in May/June and the numbers are creeping back up, and we're in the middle of the second wave. I think it would be ill advised if the government would rely on the success of the first wave and not vaccinate this population. Vaccines and other preventative measures do not exclude each other. They should go hand in hand because they fulfill different purposes.

Obviously, the best solution would be to decarcerate as many as possible and vaccinate them in the community because it's cheaper and, logistically, it's easier. And that would also help with reducing the number of people in a congregated place. But even if that were to happen, you'd still have to provide vaccination for those inside because even if you have 30 people inside, once the virus is in, everybody gets it. We'll see how that will unfold.

Could the vaccination rollout contribute to overcoming issues related to access to care in prisons?

Incarcerated individuals have very high health care needs that are inadequately responded to and because of that, their health becomes worse and their needs increase. A lot of people I talk to are elderly and they talk about the fact that they don't have access to things like the shingles vaccine. So when they develop the conditions, it's much worse. They get the influenza vaccine but beyond that, there's really not much else.

Preventative measure are absolutely part of the duty of care. And in federal prisons, they get much more than in provincial. Provincial health care is devastatingly bad in Nova Scotia prisons. They often don’t get very basic medication so obviously they aren't going to get the vaccines for various conditions.

I think this is a good opportunity to launch a broader conversation about the kinds of preventative measures that exist and those that should exist, particularly in provincial institutions but also in federal.