Ask an expert: Ajay Parasram on the police response to Trump mob's storming of U.S. Capitol

Pro-Trump supporters pictured outside the U.S. Captiol Building before breaching the doors and disrupting the certification of U.S. election results by Congress. (Brett Davis photo/Flickr)

As Trump-supporting rioters stormed the U.S. Capitol Building in Washington D.C. this week, it appeared they were met with little resistance from police, leading many to question the law-enforcement response to the incident. Astonishing images of the rioters depicted them walking throughout the building, into legislators’ offices, and even into the House and Senate chambers.

Why was law enforcement not more aggressive in its response as the country’s federal legislature was stormed by rioters? The images stand in stark contrast to the multitude of examples regarding police brutality against people of colour and social-justice activists.

Dal News spoke with Ajay Parasram, an assistant professor in the Department of International Development Studies and the Department of History, about law enforcement’s reaction to the rioters and the root cause of the unrest in Washington D.C. on January 6, 2021.

How does the law enforcement reaction yesterday at the capitol compare to the response over recent racial justice protests? 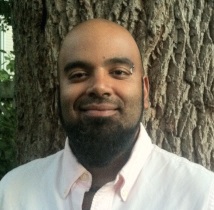 If those Make America Great Again (MAGA) rioters were Black, Brown, or Indigenous, they would have been shot. Just compare the photographs of the riot police ready for war when Black Lives Matter (BLM) activists were there several months ago, with the images of the bicycle cops unable to stop white people from doing anything they wished. Consider the disproportionate use of force used against Sioux land defenders and their allies at Standing Rock a few years ago when they were fighting the Dakota Access Pipeline. Whiteness is the gold ticket of entitlement in settler-societies, and the police are hard-wired to think and respond this way as well.

Police are symptoms of a much more substantial problem. They are, generally speaking, seen as being the “legitimate” users of violence in order to protect social order, but whose interests are defended in that social order? Their response to yesterday’s violence is consistent with what you would expect from a society built to protect white privilege. Settler-colonies like the U.S. and Canada have been founded on colonial violence that has only ever transformed, never ended. And along the way, laws have entrenched white supremacy by pretending that race doesn’t matter rather than meeting the problem head on.

Shocking images were widely shared yesterday as people were easily able to walk into the capitol building, undeterred as they strolled into offices and the legislative chambers. How do you compare this to disturbing imagery that portrays either much stronger law enforcement reaction or police brutality, such as the video that shows police officers killing George Floyd?

If you were to ask those rioters if they were doing something wrong, they’d probably tell you no. They feel entitled to that space, their president called upon them to take that space and to “never surrender” as if they were extras in a Chuck Norris flick. The police response shows that white people are not seen as “threats” in the same way that BIPOC (Black, Indigenous, People of Colour) are. White activism is seen as safe, and the police response is maybe to scold and otherwise excuse the behavior and send people home. BIPOC activism terrifies the white settler state because it almost always exposes the fact that deep structural changes are needed, not a few more diverse looking politicians.

To understand the difference between police response to Floyd and the response to the MAGA rioters you have to put aside the extreme fringes and focus on the “normal” folks who think and are led to think that society is built for them. Society isn’t built for BIPOC, and that’s why the police can choke the life out George Floyd in broad daylight but they cannot stop white people from laying siege to the epicentre of American political institutions.

What is the appropriate law enforcement reaction to the events yesterday? Did the policing institution enable the events on capitol grounds yesterday?

If we are to take liberal society at its word, the police ought to respond to all people in exactly the same manner. This doesn’t mean they should have been ready for World War Three the way they prepare to police Black and Indigenous movements. They should apply and defend the law in the same way regardless of who is breaking it. So in a literal sense, yes, they enabled it because they did not physically stop the MAGA rioters from rioting. But the more substantial problem is why didn’t the police prepare for this outcome, when President Trump has been giving every cue you can imagine that his supporters should fight and never surrender? Can you imagine for just a moment if a group of predominantly Black men armed with assault rifles and dressed in military fatigues were to even have a picnic in Washington, let alone a march? The police are the symptoms of the problem, but the problem is white supremacy, which has come to the mainstream in the last 4 years, but has always been present in the institutional development of American democracy.

Is yesterday’s insurrection and its ability to seemingly pass by law enforcement due to the messaging created by President Trump and other prominent Republican leaders regarding election fraud? Essentially, does Trump deserve the blame for the events of yesterday or are they rather a symptom of much larger political and social problems?

As I’ve been stressing throughout, the real problems are much older, deeper, and more entrenched than Trump and the Republicans. However, it is undeniably true that the last four years of mainstream American politics has emboldened the far right, the white supremacists, the misogynists, you name it. Everyone knew that Donald Trump was an incompetent goon ever since he descended that escalator spouting baseless racist attacks against Mexicans. But the professional politicians in the Republican Party chose to cultivate this form of extreme populism and attempted to play Trump like a fiddle. Trump was played like a fiddle by foreign countries during his time at the helm, but Republican politicians in their selfish arrogance systematically chose to enable Trump at every turn. To see people like Senator Mitch McConnell or Senator Ted Cruz or Vice President Mike Pence attempt to look the part of statesmen motivated by faith in democracy bordered on the hilarious. Trump has been alarmingly honest in his bald self-interest since taking office; it’s the senior Republicans around him that deserve the blame.