Four astronauts aboard the SpaceX-designed Crew Dragon capsule Resilience successfully launched into space from Kennedy Space Center in Florida earlier this week. Lifting off on Sunday evening, the crew — consisting of three NASA astronauts and one astronaut with the Japanese Space Agency — spent 27 hours in flight before docking at the International Space Station some 422 kilometers above the U.S. state of Idaho.

The joint NASA-SpaceX mission represents the first time an American commercial spacecraft was used to transport a full international crew to the ISS. SpaceX, a privately-owned rocket company founded by high-tech entrepreneur Elon Musk, previously sent a two-person test flight to the ISS for two months earlier this year. The astronauts will spend the next six months conducting a number of experiments on how microgravity affects human heart tissue and how different types of light and soil will impact efforts to produce food in space.

We asked Arad Gharagozli, founder and president of Dalhousie’s Space Systems Lab, CEO of GALAXIA Mission Systems Inc., and a mechanical engineering student in the Master of Engineering program at Dal to explain how SpaceX is changing the future of space exploration and why the Dragon’s launch represents a significant moment in history.

What is SpaceX and what role does it play in advancing space exploration? 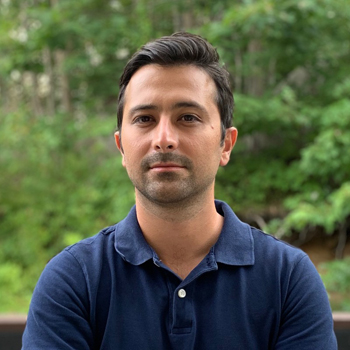 I think before we talk about SpaceX specifically, we need to discuss the idea of “new-space” companies.  By this I mean the commercialization of space by the private sector. The idea that space should be accessible for commercial use is not a new concept. It originated from the Commercial Space Launch Act of 1984 in the U.S. Since then, NASA began working closely with companies like Lockheed Martin and Boeing to develop launch vehicles and other space technologies. The European Space Agency, for example, has been working closely with Airbus and created the Arianespace — a European-based, multination company that is focused on the development of space systems.

In more recent years, advancement in integrated circuits and electronics made it easier to simulate and develop complex systems faster, cheaper, lighter and more efficiently. So, entrepreneurs including Elon Musk, Jeff Bezos and Richard Branson have used their capital to invest in the high-risk game of space technologies. They fueled the acceleration of research and development of complex machines such as launch systems, resulting in reduced costs for missions for satellite operators, which encouraged more companies from the private sector to step in and unleash their innovation and build ground-breaking solutions using space as a platform.

So to answer the question, although SpaceX has made history with its launches, there are several new-space companies working to make space more accessible to commercial use at a reduced cost, which creates more opportunities for innovation and creativity. The result of this is the rapid market growth and technology development in the space industry that we are seeing today.

What sets this SpaceX shuttle apart from others?

One of my favourite things about SpaceX, amongst several others, is that they pushed the limits of engineering and focused on reusability, which usually comes at the cost of complexity. Most launch systems — the rocket that actually delivers the payload to space — are expendable launch systems. This means they can only be used once, and then they get destroyed while in orbit. To put that in perspective, the Delta IV, which is a multi-purpose launch vehicle, costs $350 million per launch. Although, these expandable rockets are easier to manufacture and have a long history of successful launches, they have a hefty per-launch cost associated with them. What SpaceX did was design the Falcon9, which can autonomously land itself on an autonomous drone ship (called Of Course I Still Love You) after placing its payload in orbit. Even better, it costs about $50 million per launch, which is very appealing to satellite operators.

SpaceX then took the idea of reusability and applied it to their Cargo Dragon capsule. Now with a reduced cost for launch and operation, they have secured the first commercial resupply mission, where a private company delivers goods to the ISS. Their contract with NASA has existed for several years and after more than 20 successful resupply missions, SpaceX proposed the Crew Dragon — a human space flight version of the Cargo Dragon.

Crew Dragon is not just a pressurized space capsule, it’s an engineering piece of art. SpaceX eliminated the mechanical switches and buttons, condensed it into a flight-glove compatible single touchscreen, making the capsule lighter and easier to operate. That's scary from a single-point of failure view, but I am sure they know what they are doing. They used racing seats to compensate for the G-force and implemented several redundancies, both in the Falcon 9 engine and the Dragon Capsule including the Launch Escape System — which in the case of an emergency, shoots the capsule with the astronauts in it away into the ocean. Above all, the Dragon can fly completely autonomously and dock itself to the ISS. In general, we see a lot of automation, more attention to human-machine interactions, the comfort of the crew, and, most importantly, cost reduction by using reusable systems.

NASA and other space agencies around the world have successfully launched astronauts into outer space before, what is significant about the SpaceX Crew Dragon launch?

They have, and of course most countries still do. In some cases, government-run programs involve a great deal of bureaucracy making them less efficient and costly. Europe and the U.S. are expanding their horizons by collaborating with the private sector. We don’t see much of that in countries like Russia and China where their space programs have been around for decades. By letting private companies enter the playing field, and still having federal government oversight and financial support, we could see a harmonious ecosystem in space and new technologies being implemented.

To paint a better picture, beginning in the early 2000s and up until to now, we have been using transfer vehicles like Cygnus or Progress M and we have used Antares, or Atlas V rockets to launch them to the ISS. After delivering their payload to the ISS, both the launch and the cargo vehicle get destroyed in orbit upon re-entry into the dense atmosphere. That is a great loss when you consider the amount of work that has been put into engineering design and development. With SpaceX’s Crew Dragon, all the stages of rocket as well as the capsule itself can be retrieved and reused — significantly reducing the cost per launch. I think this has to do with the fact that these companies can accept higher factor of risk and can afford to push the limits and defy the norms.

Now that SpaceX has successfully executed the first commercial orbital crew launch with two astronauts back in May 2020, and now the second one with four astronauts, it’s proving that commercial human space flight is not only a possibility, it’s a reality and a necessity for us to open new opportunities. Companies like SpaceX are paving the path for commercialization of space and hopefully we will see an accessible use of space across all industries — allowing us to see innovation in telecommunications, navigation, earth observation, climate change and ocean.