An unprovoked shark attack that killed a woman off the coast of Maine last month captured headlines around the world and raised renewed interest in what the threat level is for the average beachgoer looking to cool off with a dip in the ocean.

Experts linked the attack — the first ever recorded in the U.S. state — to a resurgence in the population of great white sharks in the area and the seals that they so often prey upon. 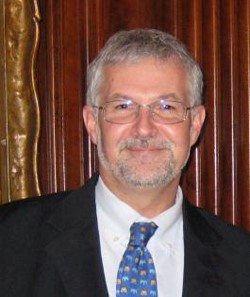 With just five fatalities from shark attacks of any kind recorded globally in 2019, it's clear such incidents are a rarity. But we spoke to Fred Whoriskey, executive director of the Dal-based Ocean Tracking Network, to learn more about why attacks do sometimes happen, the risk to Canadians and advice for swimmers keen to avoid encounters with sharks.

What are the main reasons a shark might attack a human?

We think most unprovoked shark attacks are cases of mistaken identity. Water visibility may be poor and all the shark sees from the human in the water is a silhouette or a flash that it identifies as a potential fish or marine mammal prey such as seals or porpoises. If this happens during peak hunting periods like dawn or dusk, or in areas where people are swimming with fish or seals, the possibility of an attack increases.

How much risk is there of attacks happening in Canadian waters?

It’s tremendously low. Canada’s last unprovoked attack on the east coast was back in the mid-1800s and it was against a dory in the offshore area, so we’re looking at something that has been extraordinarily infrequent historically in this region at least. And it’s presumably going to continue to be so. But having said that, the ocean is changing right now.

A number of things are happening now that are bringing us into a better awareness of these sharks. First, the white shark population is recovering. It was listed as endangered and a number of conservation measures have been put in place both by the U.S. and Canada to try to bring them back. It’s been a slow slog on our way back. The average white shark female will have two pups once every three years, so it takes a long time to come back. We are seeing signs of recovery, notably a lot of subadults that are cropping up in places like Cape Cod, Massachusetts, and getting tagged and becoming evident. That’s one piece of the puzzle. Second, we know our Atlantic Ocean is getting warmer, so this is making all waters more attractive earlier and later in the season than has been historically.

Third, we’ve got all these electronic tags that we didn’t have historically. These animals are typically cryptic. They don’t come to the surface that often. They are hard to see otherwise. The end result is we now have these tags and are beginning to detect them on an ongoing and regular basis. That has increased our awareness of their presence. The fourth thing that’s happened is the food supply for these animals has gone up, notably the seal population. That is another big draw. What these animals are spending most of their time doing is trying to find something to eat. If you’ve got lots of seals on offer, that becomes attractive to the sharks.

What advice do you have for people looking to avoid unwanted attention from sharks?

Be cautious when swimming in areas where sharks occur, in exactly the same way you would be cautious in going for a walk in the woods where there might be bears, cougars or moose. Avoid swimming, kayaking or paddleboarding with seals, or doing any of these during the dusk and dawn peak hunting periods to reduce the chance of an accidental attack. Swim in places where the water is not murky, and there are other people. Most public beaches are not popular areas for seals or fish, so sharks have little interest in visiting them. Stay out of the water if you are bleeding and avoid thrashing around as if you are wounded in some way.  If lifeguards or others warn you that there is a potentially dangerous shark around, don’t go in the water.