Ask an Expert: Lars Osberg on building an economic recovery in Canada

COVID-19 has sent the Canadian economy into choppy waters rapidly, with tourism and other service sectors among the first impacted. Above, sightseers visit Peggy's Cove, Nova Scotia during better days. (Miguel Ángel Sanz via Unsplash)

Governments around the world have committed trillions of dollars in recent weeks to help support their economies and the many businesses and workers struggling under the weight of COVID-19's brutal impacts.

The International Monetary Fund’s latest forecast suggests the current downturn will be much more severe than the “Great Recession” of the late 2000s and that Canada’s economy will shrink by more than six per cent this year alone as COVID-19 batters bottom lines and the labour force.

To help put Canada’s situation in perspective, we asked Lars Osberg, a professor in Dal’s Department of Economics, for his take on the current economic crisis, what sectors have been hardest hit in Canada, and what’s in store for the global economy moving forward.

What have the biggest impacts of COVID-19 been on Canada’s economy so far? 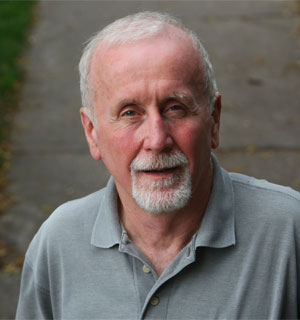 The speed, severity and world-wide synchronization of this downturn is just unprecedented. A typical downturn starts in financial markets. Interest-rate-sensitive sectors like housing and automotive slow down first and they impact other sectors and there's a gradual slowing of the entire economy, spread over months. This time, it all collapsed within the space of three weeks.

Initially, the most affected sectors were services: the hospitality sector, the tourism sector, the travel sector. Usually, it’s interest-rate-sensitive sectors hit first, with the service sector impacted later. Layered on top of that, particularly for Canada, is the price war for oil. It's a big sector out west. The price is now so low that basically they are trying to give the stuff away because they don't have anywhere to store it anymore. That's a disaster out west, which ripples across the rest of the country. So, it's kind of a double-whammy out west and the biggest whammy we've ever seen for the rest of the country.

What has the Canadian government done right with its policies?

Well, let's back up for a minute and ask where we were going into this crisis. One of the things we didn't do right, which is sort of a long-term thing, was that we didn't have in place a robust unemployment insurance system that could handle a global downturn like this.

They have had to invent an entirely new program on the fly. European unemployment insurance systems are much more robust and cover much more of the labour force and have much higher replacement rates, particularly for middle class workers. The Europeans were better placed in the sense of having a more robust social safety net going in.

The thing we did do right is get money out the door pretty fast. You hear a bunch of stories of people getting this emergency benefit within days and that's remarkable and a real testament to the quality of the Canadian federal civil service. That's something we did get right: respond quickly and deliver quickly.

Different countries are taking vastly different approaches in responding to COVID-19’s economic impacts. Are there any surprising or innovative approaches you've seen in response to this, either in Canada or abroad?

The Canadian government’s 75 per cent wage subsidy. That's a real innovation. It's something that wasn't on the policy agenda before.

Another thing that is now being discussed much more is the whole issue of a basic income guarantee. That's been on the policy agenda for many years, but it's often been thought about in the longer-term sense. You know, what happens to people when the robots make the robots that make all the stuff we need? If we have a long-term shift to artificial intelligence and robots, then there's going to be a whole lot of people who don't have an obvious source of income. That also means there's going to be no consumer demand for the stuff the robots can make. We need in the longer term something like a basic income guarantee to give people the security they need, and also to maintain purchasing power.

Canada’s emergency response benefit goes partway towards that, but it does so in sort of a klutzy way. They keep finding deserving groups who don't quite qualify for the way it's set up right now, like students who need summer jobs. If we'd had in place a basic income guarantee, then that would be what is called an automatic stabilizer. Something that kicks in automatically so that you don't have to invent a new program on the fly. That might be a long-term implication of this incredible crisis.

When we look back on this period in 10 or 20 years, what lessons do you hope we'll have learned from it?

One lesson I hope we will have learned is, as people keep repeating all the time now, we're all in this together. We need a capable, well-funded government to deliver the goods. After the SARS situation there was a post-mortem and there were a whole bunch of good studies that came out about what the federal government should prepare for and it all sounded a lot like the pandemic we are now experiencing. But nothing was done. The government of the day was all about cutting taxes and shrinking the public sector. So, it was a bit like letting the fire insurance on your house lapse. There was a short-term benefit in the money saved but at the cost of an increase in risk, which we are now experiencing. The general moral is that to deal with both the health impacts and the economic impacts of pandemics, countries do actually need a social safety net, and countries do actually need robust public health sectors, both of which should be in place before events like these.

One way to think about it is we've got the immediate response to the immediate crisis, but this isn't going to be the last one. Viruses will continue to mutate forever. So we really have to think about the long-term architecture of the social security system and the public health system.