Before he was a cabinet minister. Before he became one Atlantic Canada’s most accomplished public servants. Before he’d found his footing in the business world.

“It was my first business,” says Brison. “I started renting mini-fridges to students in around 1987, first at Dalhousie and ultimately we expanded to 10 schools. At one point, we had over 1,000 appliances. I was doing all of that, plus a full-time Commerce degree. When I think about my time at Dal, between politics and business and my full class load, I was working day and night. I was going flat-out.”

The fridge business might not have lasted, but the lessons from Brison’s time as a student at Dalhousie — about integrity, about leadership, about being part of a greater purpose — have been part of his story ever since. They’ve guided him from his roots in Chéverie, Nova Scotia into the House 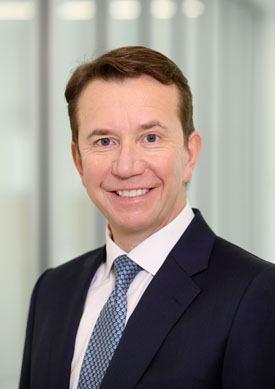 of Commons and 21 years as his community’s elected representative — not to mention into such important roles such as President of the Treasury Board and Minister of Digital Government, Minister of Public Works and Government Services, and Parliamentary Secretary of the Prime Minister.

Now, having left politics earlier this year, Brison is about to make Dalhousie an even bigger part of his story. This week, it was announced that Dal’s Board of Governors has appointed Brison as the university’s eighth chancellor. He is set to put on the black-and-gold robes and begin his tenure at spring convocation 2020 (date to be determined).

“Mr. Brison has long been a champion of Dalhousie University,” says Board Chair Candace Thomas, of the appointment. “He has been an ardent supporter of our people and the work of the university and recognizes the impact it has on our province, region and country.”

An opportunity to serve

Brison admits that when he first approached about taking on the chancellor’s role, he was “gobsmacked” — it wasn’t something he’d ever suspected or anticipated. But, after speaking it over with his husband, Max Saint-Pierre, Brison realized it was exactly what he’d been looking for.

“Though I’ve chosen a new chapter in my life, in terms of my career, I continue to feel just as passionately about public service now as I ever did, and I’ve been actively thinking about the right opportunities to serve not just my country, but my region,” he says. “I’m a passionate Canadian, but Atlantic Canada is part of my DNA. I really believe that a strong, vibrant Atlantic Canada is important for Canada, and Dalhousie plays a central and critically important role to the future of Atlantic Canada.

“I’m excited as heck, because I think being chancellor of Dalhousie fits hand-in-glove with the objectives I’ve set for myself to help grow my region and to better my country.”

Brison says he’s been lucky to get to know all of Dal’s modern chancellors dating back to Reuben Cohen (1990-94) — but none better than current chancellor, the Honourable A. Anne McLellan, his former colleague in the federal cabinet.

Scott’s passion for Dalhousie is matched only by his commitment to this region and to his country,” says McLellan. “He has been a devoted public servant and will be an outstanding ambassador for this great university. To have him succeed me as chancellor fills me with pride –  as a fellow Dalhousian, a former colleague and a dear friend.”

“Scott Brison brings a breadth of experience and perspective to the role of chancellor that will greatly benefit the Dalhousie community here in our region, across North America and globally,” adds Teri Balser, interim president and vice-chancellor. “Scott is a respected and accomplished leader and the university is extremely pleased to have his counsel and support in the years to come.”

Helping connect Dal with the world

The role of chancellor is both ceremonial and an ambassadorial one. They oversee spring and fall convocation, helping confer degrees to Dal’s graduates. The chancellor also serves as a member of the Board of Governors and advocate for the university across the region, country and, as available, globally.

Brison, whose work as vice-chair of investment & corporate banking with BMO Capital Markets often sees him travelling internationally, is eager to step up and help bring Dalhousie’s story to the global stage. 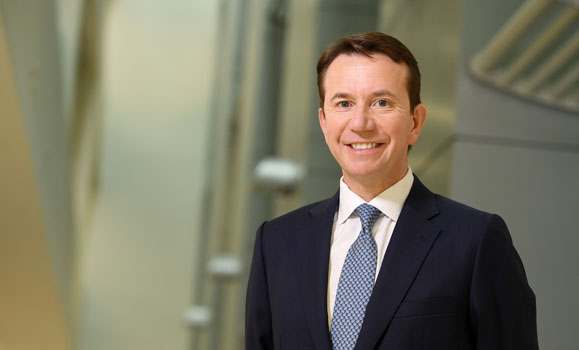 “Dalhousie is a gateway to the world for Atlantic Canada,” he says. “You’ve got not just a world-class but a world-leading university in key areas like ocean science. The future of Atlantic Canada will be based on our innovation. I look at Dalhousie’s leadership — in oceans, in agriculture, in medical research, in battery research, in so many areas — as great examples of the kinds of investments, and the kind of foresight, that takes world-class innovation and transforms it to world-leading.”

He speaks, in particular, with great enthusiasm about the opportunities to connect Dal’s expertise in both ocean and agricultural research to identify solutions to meet global food demand for a carbon-constrained future. He also sees Dal’s growing international student population as a beacon for what’s possible in Atlantic Canada.

“One of the biggest economic and social advantages Canada has as a country is that over 20 per cent of our population was born outside of Canada. We need to up that number in Atlantic Canada… I see Dalhousie, and I see our community of universities in Atlantic Canada, as being central to the future of immigration and population, of economic and social growth in our region.”

For Brison, the Dalhousie relationship is a personal one. You can tell from how he relays stories of his own Dalhousie connections and experiences.

There’s the influence of the late Clarence Ivey, for example, one of Brison’s most memorable professors, who instilled in him a sense of corporate social responsibility well before such ideas were trendy in the business community. There’s the experience of coming to grips with understanding his sexuality, including watching Halifax’s first pride parade while at Dal and wanting to conjure the same courage to be out and proud.

And there’s the care that doctors like Dr. Kenneth Rockwood gave to his mother as she lived with Alzheimer’s disease. That experience inspired Brison to help pull together donors from various sectors to raise money for what became the DMRF Irene MacDonald Sobey Endowed Chair in Curative Approaches to Alzheimer’s Disease at Dalhousie (currently held by Dr. Sultan Darvesh).

“The work that leaders like Sultan Darvesh and Kenneth Rockwood have done and are doing is important not to the lives of people in Atlantic Canada, and people like my family and my mother, but it’s important on a global scale,” says Brison, whose mother eventually lost her life to Alzheimer’s. “It’s truly world-class research and care.”

Now, as chancellor, Brison hopes to help more people across Canada and around the world discover what makes Dalhousie such a special institution.

“I hold Dalhousie in a place of great respect,” he says. “I am so tremendously honoured to have been asked and to have the opportunity to serve.”