More than 9,000 people packed into the Scotiabank Centre in Halifax last week to hear from the former U.S. president. (Michael Creagen photos)

Since hitting the U.S. national stage in 2004 and through his history-setting presidency and beyond, people around the world have looked up to Barack Obama as a symbol of wisdom and leadership in the modern era.

Last week, fans of the 44th President of the United States in Halifax and the surrounding region had the chance to see and hear the former head of state in the flesh at an event more than a year in the making.

Obama was invited to attend and speak at Nova Scotia Cooperative Council’s 70th anniversary. The event was organised in collaboration with Atlantic Credit Unions and many other sponsors, including Dalhousie University.

More than 9,000 people — including 2,000 youth invited through donations from sponsors — packed into the Scotiabank Centre here in Halifax to hear President Obama speak for more than an hour. Amongst those 2,000 sponsored youth were hundreds of Dal students from various Faculties who received tickets for the event.

A reflection of his time as President

President Obama spoke about his time in office, reflecting on some of the moments that defined his presidency. He reflected on maintaining his composure when dealing with big issues like accessible healthcare and the raid that killed Osama bin Laden.

“I’m lucky that I’ve always had a pretty moderate temperament so when it comes to times like these, even in such stressful situations, I’m able to keep it to a manageable level,” he said.

President Obama touched on his work with the Paris Accords and how challenging it was to convince other world leaders such as Indian Prime Minister Narendra Modi to take action on climate change when the U.S. was still a large contributor to the climate crisis. He also expressed his frustration at climate change deniers, saying “I understand if your opinion is that it’s too late to take action and there’s nothing we can do to reverse the effects, but if you’re really ignoring the science and denying that climate change is real, you’ve got to read a little bit." 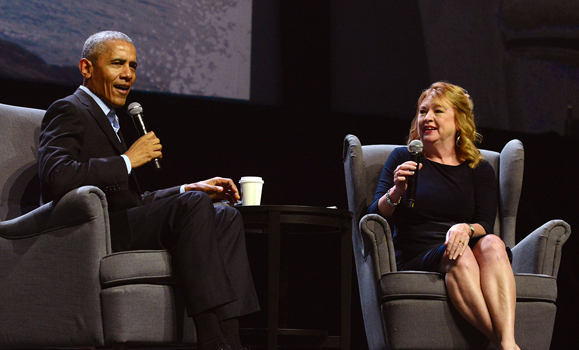 For the future leaders

With the audience being made up of some of the brightest future leaders, a lot of the questions that were posed to President Obama were youth-related.

President Obama also imparted some advice to the youth in the audience thanks to a question from Dianne Kelderman, president and CEO of the Nova Scotia Cooperative Council and event moderator. President Obama gave two pieces of advice. “Good things don’t come fast”, he said, adding that his life has been full of ups and downs and that it took him a long time to get to where he is today.

He continued by advising young people that it was important to voice their opinions, question and challenge the status quo, stating that “we need your voice, your ideas, your innovation."

However, President Obama urged young people to be listeners on top of being activists. “I think it’s important for young people to listen and not to feel as if the essence of activism is simply judging and labelling others,” he said.

For many, hearing President Obama’s words will stay with them for the rest of their lives and for some future leaders, his words may be a catalyst for hard work and a bright future ahead. No matter what, it is without doubt that President Obama’s visit to Halifax has left an impact on many people. 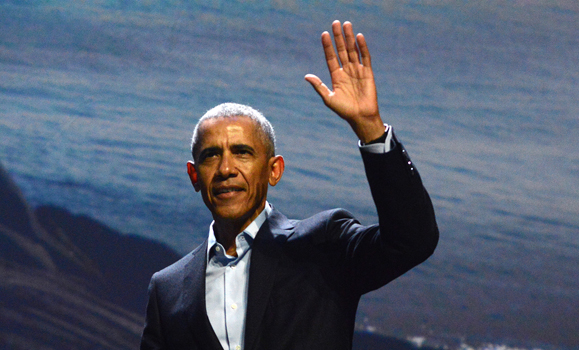