Fall Convocation is quickly approaching — and while it's not quite the same scale as spring ceremonies, it's no less celebratory.

October's ceremonies are noteworthy for several reasons, one of which is their taking place off-campus, at the Halifax Convention Centre downtown. The move to a new location means Fall Convocation can now take place on a single day as well: Tuesday, October 8, with ceremonies at 9:30 a.m. and 3 p.m.

Joining the latest members of the Class of 2019 will be award-winning filmmaker Selwyn Jacob. Jacob will receive an honorary degree — the highest honour the university can bestow. Honorary degrees recognize individuals who've demonstrated inspirational leadership in, or in service to, society, outstanding contribution to a field or discipline, and/or outstanding contributions to the university. 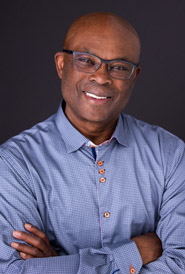 For nearly three decades, award-winning filmmaker Selwyn Jacob has been telling stories about the lives and experiences of Black Canadians, Indigenous peoples and other often underrepresented communities. Born in Trinidad and Tobago, Mr. Jacob came to Canada in 1968. He holds a Bachelor of Education from the University of Alberta and an MA in Film from the University of Southern California School of Cinematic Arts.

Mr. Jacob’s independent films include We Remember Amber Valley, about Alberta’s first Black community; Carol’s Mirror, which won 8 international awards; and Gemini-award-winning The Road Taken, about the Black sleeping car porters of the Canadian railroad. Since 1997, he has worked in Vancouver with the National Film Board of Canada’s Pacific & Yukon Studio. In that time, he has produced almost 50 films including Charles Officer’s Leo- and Emmy-award-winning Mighty Jerome. Mr. Jacob has been recognized with an Emmy, three Gemini awards and a dozen Leo awards as well as more personal accolades such as the John Ware award for Black Achievement and an Honorary Alumni Award from the University of Alberta for community contribution.