Glen’s primary research interest is climate change in the Canadian Arctic where he is studying why the Arctic is warming so much faster than the rest of the world. He is also studying how entropy and the second law of thermodynamics can be used as a constraint in understanding global climate change. He was drawn to the College because of its natural inclination for multi-disciplinary work. Aside from teaching, Glen aims to help SUST students gain a better understanding of science and math and interpret quantitative research results. 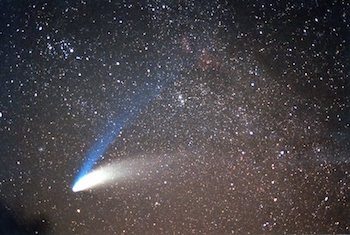 Glen loves the College for its sense of community, and that he feels a great sense of collaboration with his colleagues. He spends much of his free time exploring the outdoors and pursuing his hobby of astronomy. He has taken some incredible photos of the night sky using just a 35 mm camera. He managed to capture a comet named ‘Hale-Bopp’ that was visible in 1997!