"Neural Mechanisms of age-dependent memory loss:
Depends on where you look."

Dr. Carol Barnes is a Regents’ Professor in the Departments of Psychology, Neurology and Neuroscience, the Evelyn F. McKnight Endowed Chair for Learning and Memory in Aging, Director of the Evelyn F. McKnight Brain Institute and Director of the Division of Neural Systems, Memory & Aging at the University of Arizona, Tucson, AZ. She is past-president of the Society for Neuroscience, and elected Fellow of the American Association for the Advancement of Science. Importantly some of her postdoctoral training in neuropsychology and neurophysiology was done in our Department of Psychology in the late 1970s. 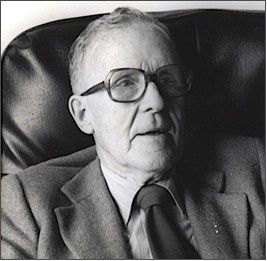 Donald Hebb was born in Chester, NS, in 1904.  After graduating from Dalhousie, he was a teacher before entering graduate school at McGill University, where he received his MA in Psychology.  He obtained his PhD in 1936 from Harvard University under the supervision of Karl Lashley.  He worked with neurosurgeon Wilder Penfield at the Montreal Neurological Institute, and then studied emotional behaviour in monkeys at the Yerkes Primate Laboratory, becoming a professor of psychology at McGill in 1947, where he remained until 1977.

As Chairman of the Psychology Department at McGill, he was instrumental in forging a department with strong biological roots that was considered among the very best in North America.  Hebb's students have had a substantial impact on psychology and many Psychology Departments in Canada and the USA have had one of Hebb's students on their faculty.  In 1949, Hebb published his influential book entitled The Organization of Behavior [reprinted 2002], in which he outlined his theories of the neurophysiological bases of behaviour (see Brown & Milner 2003). The D.O. Hebb Memorial Lecture honours the contributions made by D.O. Hebb in this book and his many other scientific publications.