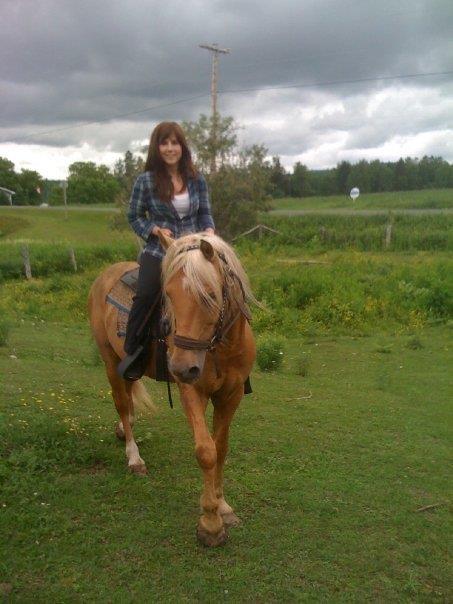 I was helped tremendously by Dalhousie University Bursaries,” - Monique Grelot.

Dr. Monique C. Grelot created this bursary to honour the memory of her granddaughter Alysia Abriel, a promising chemistry student who always followed and never questioned her passions. The bursary is to assist a female student enrolled in the Honours Biology, Chemistry or Biochemistry program who has demonstrated financial need and maintains a good academic standing.  Apply through the general online bursary. Deadline: October 15.

In memory of Alysia Abriel

Alysia loved science and art and had an unwavering desire to protect nature and the animals. She shared many of these passions with her grandmother, Monique.

“Alysia and I had many traits in common, she was my little distant alter ego,” says Monique, “We loved learning, and education was our mission. We even shared some artistic talent.”

“Alysia was verbally gifted and articulate and expressed herself beyond her years in thoughts and feelings, whether good or bad,” says her father, Tomi Abriel.

With Alysia’s unexpected passing her spirit lives on through those who had the honour to love her and know her—especially her mother, Trish Grelot; father, Tomi Abriel; grandfather, Thomas Abriel; grandmother, Monique Grelot; and partner, Josh MacArthur.

“Alysia had a profound impact on everyone in her life and she is constantly missed,” says Josh MacArthur, Alysia’s partner, “She took pride in her education and now her friends and family take pride in being part of her life.”

“Alysia loved sciences since she was in elementary school,” says her mother, Trish Grelot, “after working with more earthly-organic sciences in a biology class she decided to pursue studies in Chemistry during her first year at Dalhousie."

Throughout her first year Alysia’s interest in Chemistry flourished and into her second year it narrowed to organic and physical chemistry. As a consequence she had planned on completing an Honours Degree in Chemistry and continuing with graduate work.

“She was an explorer with a profound desire to understand and experience the world,” says Josh, “Her desire was to do research, to delve into the unknown, and see things no one else had before.”

Monique now works as an experienced psychologist and teaches psychology as a professor at Northern Virgina Community College, Virginia, United States. She embraces both the privilege of education and her time at Dalhousie University through her experiences and Alysia’s.

Monique attended Dalhousie University from 1977 to 1984 earning a Bachelor of Arts with a major in English as well as a Bachelor of Science (Honours) with a major in Psychology. She will tell you first hand that her success was dependent on the help of generous donors and support she received.

“As a single parent working three jobs to survive as a fulltime student it would not have been possible for me to continue to graduate school and State Licensing in the United States had I not been helped tremendously by Dalhousie University Bursaries,” says Monique.

Now Monique feels like it is her time to give back. With Alysia’s memories fresh in her mind she is brought back to her time at Dalhousie.

“By the Grace of God and many helping hands I continued on with my studies,” says Monique, “And I have to say that without the solid foundations given to me by the outstanding professors and the financial help of generous donors at Dalhousie I would not be where I am today.”

Monique hopes that this bursary of $2000, awarded to a female student, will stand in honour and memory of her granddaughter Alysia Abriel and help a female undergraduate student achieve her passions in biology, chemistry or biochemistry.

“Alysia would have approved of this endeavor,” says Monique.

“Alysia was a beautiful soul who felt all things good and bad, deeply. She wanted to make a difference, she wanted to make money, and she did not want to grow up to be an adult with a dull life. I love her so much.”

“Alysia possessed a strong and determined personality. She was never one to settle for anything less than she deemed acceptable for herself.”

“Granddaughters are God’s gift to grandparents and she was precious to me. I constantly miss her.”

“Her unprecedented love for animals and nature as well as the beauty that she could portray with her artistic eye reflected her gentle and caring attributes.”

“I have many pictures of Alysia in my house and in albums. And in some strange way time is sharpening those memories and mementos so that her presence is stronger now than when she was busy being a young adult studying hard subjects at Dalhousie.”