Battery pioneers charge up with $6M NSERC Alliance Grant, the largest grant of its kind ever at Dal

Posted by Caitlyn MacQueen on June 3, 2021 in All News
Dalhousie is a world-leader in advanced battery technology thanks to the expertise of researchers such as Jeff Dahn (pictured) and Chongyin Yang and Michael Metzger, shown below. (Danny Abriel photo)

Faculty of Science researchers Jeff Dahn, Chongyin Yang and Michael Metzger are the recipients of $2.9 million in funding from the Natural Sciences and Engineering Research Council (NSERC) and an additional $3.1 million from Tesla to help develop advanced batteries for electric vehicles and grid energy storage.

It is the largest Alliance Grant that Dalhousie University has ever received. 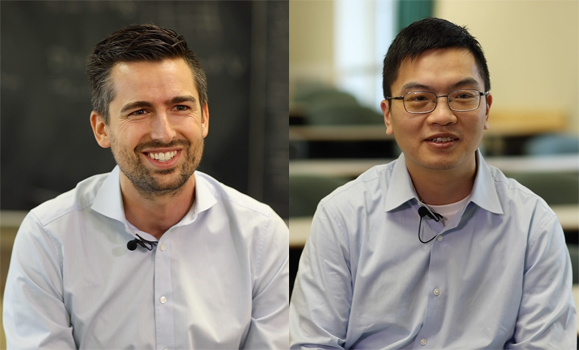 For close to 40 years, Dr. Dahn, the NSERC/Tesla Industrial Research Chair and Canada Research Chair in Materials Science and Technology, has been at the forefront of research and innovation in battery technology. His work has contributed at a practical and fundamental level to the batteries that power our phones, computers and electric vehicles. Dahn also received the Gerhard Herzberg Canada Gold Medal for Science and Engineering (2017) and the Order of Canada (2020).

The major goals of the funded project include:

Achieving all of these goals will make electric vehicles and renewable energy more accessible and more affordable to all Canadians while also continuing to make more influential contributions to the industry as a whole.

“I am very grateful for this funding from NSERC and Tesla,” says Dr. Dahn. “This will allow Chongyin, Michael and I to solve many remaining puzzles that will help improve battery lifetime and lower cost. The students trained in this program are finding, and will continue to find, immediate employment in the advanced battery sector locally and around the world. Tesla is a wonderful partner and a world leader in electric vehicle, solar and electrical energy storage products.  We share their commitment to help combat climate change through electrified transportation and renewable energy generation and storage.” 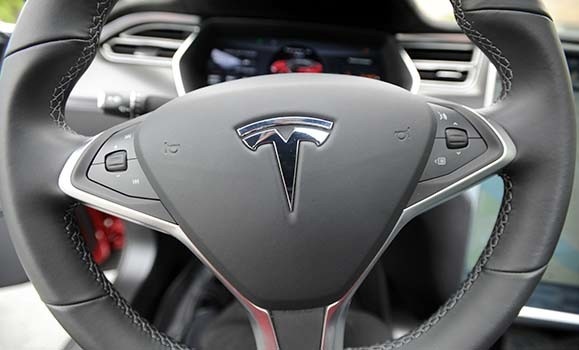 Expanding on a strong foundation

This partnership and project builds upon, extends and significantly enhances the existing, successful NSERC/Tesla Canada Industrial Research Chair partnership between Dalhousie University, Tesla Canada and Tesla. The first-ever research agreement between a university and the leading American electric vehicle company was signed with Dalhousie in June 2015, and Dr. Dahn’s work officially began with Tesla in 2016. The partnership has since been renewed until at least 2026.

In January 2021, the Dalhousie team expanded to include Dr. Chongyin Yang as the Tesla Canada Chair and Dr. Michael Metzger as the Herzberg-Dahn Chair. These outstanding researchers compliment Dr. Dahn’s experience and are helping to ensure that Dalhousie University remains a world-leader in advanced battery technology. It is a true unique opportunity to bring three diverse backgrounds and specialties together that can fix problems and present better batteries for electric vehicles and storage solutions.

The funding for Dr. Dahn’s project is made possible through NSERC’s Alliance Grant program. These grants support research projects led by strong, complementary, collaborative teams that will generate new knowledge and accelerate the application of research results to create benefits for Canadians.

“With a distinguished career in innovative thinking, fundamental science, and strong industry partnerships, Jeff Dahn exemplifies research excellence,” says Alice Aiken, vice president research and innovation at Dalhousie. “And we are incredibly fortunate to have two world-class scientists like Dr. Chongyin Yang and Dr. Michael Metzger join Dalhousie University and the exclusive partnership with Tesla. Together, this dynamic team is making the kind of significant contributions in battery technologies that are moving us towards a renewable energy future.”

Tesla expressed its appreciation of the talents of Dr. Dahn and his team.

“We are thrilled for our work with Dalhousie, Dr. Jeff Dahn, Dr. Chongyin Yang and Dr. Michael Metzger. We are excited and look forward to their important contributions in battery technology to help achieve our mission.”