Posted by Faculty of Science on October 1, 2020 in All News
Tim Bardouille from Dal's Department of Physics & Atmospheric Science (Nick Pearce photo; other photos provided).

Sciographies is a radio show and podcast about the people who make science happen, presented by The Faculty of Science and campus-community radio station CKDU. This article is the third in a series that will feature excerpts from each new episode released this fall.

Growing up, Tim Bardouille had many hobbies: music, judo, cycling, and simply being in nature. His love of the outdoors began at age six, when his family moved from Bradford, England to Fort MacMurray and he was introduced to the extremities of seasons and the boreal forest.

But it was Dr. Bardouille’s early fascination with technology and philosophy that sparked his desire to study physics — a discipline he believed would provide answers to the sorts of questions that ran through his mind after another family move to Mississauga, Ontario.

He completed an undergraduate degree in physics and then decided to dig deeper into the field of medical physics through a master’s program at Dalhousie. He began his career working in industry where he developed and installed medical technology to help doctors and research scientists diagnose patients or design studies. These collaborative experiences led to his own research ideas, so Dr. Bardouille went back to school — while working full-time and starting a family — to get his PhD and pursue a new path forward as a researcher himself.

Now Dr. Bardouille is an assistant professor in Dalhousie’s Department of Physics and Atmospheric Science, with cross appointments in Diagnostic Radiology, Psychology and Neuroscience, Physiotherapy, and Biomedical Engineering. His research in Dal’s Biosignal Lab  explores different imaging technologies and how to best to capture and analyze data on brain signals associated with disorders of the motor system.

In this week’s episode of Sciographies, host David Barclay sits down with Dr. Bardouille to talk about his career path and research. Dr. Bardouille also shares his story about organizing a Black Lives Matter protest in Halifax last spring, and how that led to forming Dal’s new Anti-Racism Action Team.

Finding a passion for the physical sciences

Bardouille: My older brother and I had a tape deck and one day the tape got stuck. He took it all apart and I couldn’t believe that there was all this stuff inside. That really excited me about technology, and then we started taking things apart all the time or trying to fix anything that broke. I think that’s started things in terms of my interest in science. Studying how things worked was always interesting to me, but I also got a kick out of learning about philosophy and logic.

Barclay: That typical tearing apart the tape deck story usually ends with someone becoming an engineer. 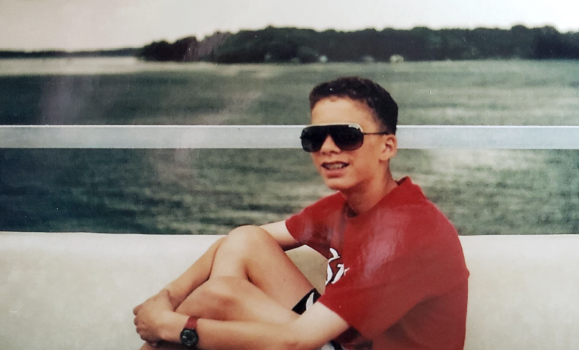 Foreshadowing in the Dunn Building

Barclay: Sounds like you had a fun undergrad experience, and yet somehow you didn’t go pro with the DJ thing, or judo. But grad school was on the table? 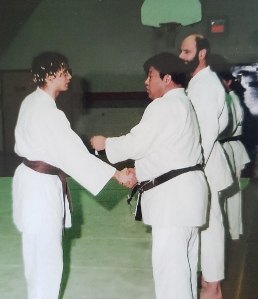 Bardouille: Yes. It was at the time that I was searching for grad school programs that I discovered medical physics — I didn’t know that was a thing. That was really eye-opening because it was a way that I could continue to do physics, but the result of what I was doing could help people. So that’s how I ended up coming to Dal the first time, to do a master’s in medical physics with Dr. Gerhard Stroink. I worked in the same lab room that is now my lab today.

Barclay:In terms of brain health, are you looking at particular diseases or processes in the brain?

Bardouille: I’m mostly interested in the parts of the brain that are involved in movement and sensation of touch. It’s a system that I can understand well from a physics perspective, in that there’s a connection between what the brain is doing electrically and chemically, and the movement of the body in space… We want to help people regain lost motor functions. The brain can amazingly re-map itself; it’s the only organ that does that. So, we’ve done work in the area of stroke, looking at what sorts of brain activity in the motor system are predictive of a good outcome in terms of recovering hand movement. Because it’s closed to us; we can’t see inside the brain. So, can we provide feedback [to a patient] in some other way? Can we somehow provide a neurofeedback signal to people who are trying to move their hand again, a signal that tells them: yes, whatever you’re doing right now is activating the part of the brain that’s going to help you to move your hand again later, so keep working on that.

Barclay: In what ways can faculty and administrators be the best allies possible?

Bardouille: That’s a really good question. I think people have to inform themselves about the problems that exist; the systemic racism that people face and how that makes it difficult for them to be successful in life. And then I think they have to start to take action because, to some extent, allies have to prove themselves as allies. It’s easy to say that this is an important issue, but until you’re taking deliberate action — even in small ways — you’re not really an ally. You’re just on the sidelines. You’re a cheerleader.