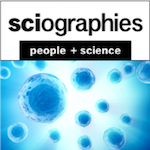 Sciographies is a radio show and podcast about the people who make science happen, brought to you by the Faculty of Science and campus-community radio station CKDU. This article is the second in an eight-week series that features excerpts from each new Sciographies episode this fall. You can find Sciographies on Apple and Android podcast apps, by tuning in to CKDU 88.1 FM in Halifax at 4 PM Thursdays (until October 31), or by visiting dal.ca/sciographies or soundcloud.com/sciographies. 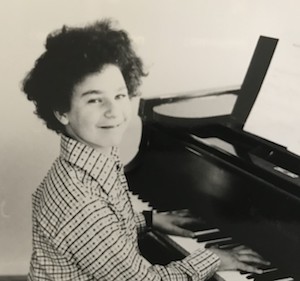 After discovering The Beatles at age 12, Jason Brown — like so many others — instantly became a fan. Their music inspired the young Dr. Brown to quit piano lessons and teach himself the guitar instead. He would spend hours a day strumming along to his Beatles records and fine-tuning his ear. By age 16, Dr. Brown played well enough to join his siblings on stage. The family band performed covers around Toronto and Calgary throughout the 1980s—a gig he maintained while attending university.

Today Dr. Brown is a professor in the Department of Mathematics and Statistics. Though his primary area of research deals with graph theory, Dr. Brown has also incorporated two of his passions — math and music — into creative research endeavours that fascinate music fans all over the world.

Back in 2004, he first used mathematics to decipher the mysterious opening chord in the Beatles’ hit A Hard Day’s Night. One of Dr. Brown’s latest papers recently published in the Harvard Data Science Review even offers a scientific approach to songwriting attribution.

In this week’s episode of Sciographies, host and Dal oceanographer David Barclay interviews Dr. Brown to discuss his musical upbringing, real-world applications of graph theory, the math behind music, and The Beatles (of course). Here are a few excerpts. 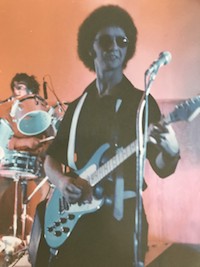 Barclay: It sounds like you had a pretty idyllic undergraduate experience. You’re doing research in the summers, you're playing music and making buckets of cash during the [Calgary] Stampede. Do you have any recollection of how you chose mathematics?

Brown: When I got to university, I knew I wanted to do science but I decided I didn't want to spend hours in the lab. That threw out biology, chemistry and physics. So, I was gravitating more and more towards mathematics. What sealed the deal was doing research in my second year… I was funded by NSERC and my supervisor said, ‘how about working on graphs?’… He gave me a textbook to read on graphs and networks. Graphs are mathematical objects where there are points with lines joining them—it’s a very simple model, but a very important model. I fell in love with the topic.

Barclay: For context, most people have probably seen graph theory in the film Good Will Hunting. This is the problem on the chalkboard that has to get solved, right?!

Brown: It is! It’s actually close to my area. [The problem is] between graph theory and algebra, and it’s called algebraic combinatorics.

On using math in songwriting…

Barclay: Have you ever approached songwriting purely mathematically?

Brown: I have. I looked at Chuck Berry’s lead guitar playing… Chuck Berry does these patterns of threes against the background patterns of fours and twos. I thought about trying something new. I decided to write a riff in a pattern of five because it was unnatural to play… I often play it when I give math & music talks and I have a band of professional musicians playing with me. They have a hard time trying to play along because their brains don’t hear the patterns of fives on top of the rock rhythms of twos and fours. It was a perfect example of where I decided to let mathematics dictate what should sound right and then I practiced it until I could play it naturally.

On careers paths for those studying mathematics…

Brown: Yes. I think the future of mathematics — and the best jobs and careers that will be available for students — will be in data science and machine learning. Both of those require a strong background in mathematics. Many areas (or perhaps every area) outside of mathematics will be clamouring for students who can handle that. 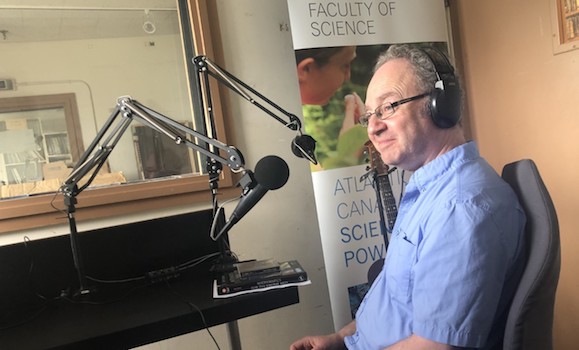 *Excerpts were edited for length and format.