Department of Earth and Environmental Sciences Faculty of Science 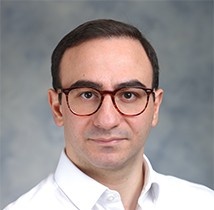 
Current Research:
My research activity is dedicated to the study of continental margins, and aims to:

- understand the processes controlling sediment transport, partitioning, accumulation and remobilization, in a source to sink perspective;

- decipher the signature of sea level, climate and tectonics from the sedimentary record;

- investigate the effects of extreme events on margin evolution;

- quantify the response, and feedback, of modern depositional systems to climate change.