Grad profile: Making it happen on the ground 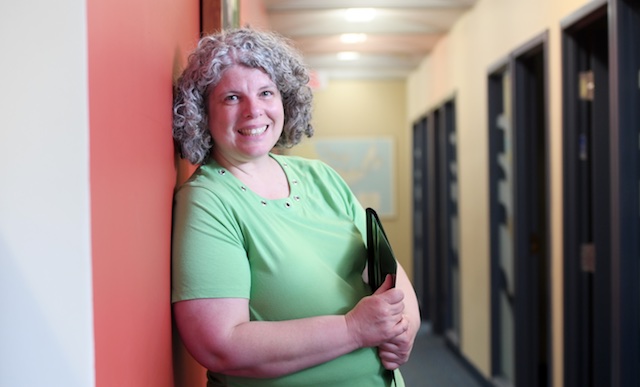 Calinda Brown was living in Ottawa when she decided to apply for the Master of Public Administration program at Dal. After working in federal politics, most recently as a legislative assistant to an Member of Parliament, she decided she wanted a career in public policy.

For Calinda, an interest in policy is an interest in social issues. One of her passions is affordable housing. While in Ottawa she chaired the board of directors for Centretown Citizens Ottawa Corporation, a non-profit housing organization with a unique, tenant-directed model. CCOC owns over 50 properties where market-value renters live alongside people in affordable housing units.

“I’ve seen what it means for the fabric of the community to have low-cost, secure housing,” she says. “The idea of bringing tenants along as part of your strategic direction is really helpful.”

For her internship, she got hands-on experience in policy development and implementation, working in the policy and advocacy unit of the Atlantic Canada Opportunities Agency. Her team works with agencies in Nova Scotia, collaborating on issues such as immigration, retention of foreign students and the province’s emerging ocean technology sector. After her internship, she stayed on part-time for the second year of her degree.

Her elective classes, she says, were some of the most valuable: the e-government course (taught this year by Markus Sharaput) was the one that engaged her the most. “With a little bit of study, you realize what a massive issue digital transformation is for governments. It made me think a lot about big data and how government is going to use it.”

She ended up taking a course on big data from the Rowe School of Business with Bo Yu. “It was a lot of coding. I think it’s a direction the public administration program will be going over the next few years.”

Having worked with an adult literacy organization, Calinda feels a meaningful connection with the prize’s namesake, who contributed important work to the field: “It’s a nice way to remember someone who worked so hard to improve life in Nova Scotia.”

To celebrate her graduation, she has a trip planned to Florence, Italy, where she’ll race a dragon boat with a team made up of breast-cancer survivors.

“It’s wonderful to be out on the water with other survivors.”

Then she’ll be looking for her next job. She could go back to Ottawa, but feels a pull to the Maritimes. “The longer I stay home, the more I want to stay home. So who knows?”