Getting to know your staff: Jonathan Perry

In this edition of “Getting-to-know-your Staff”, we will learn more about Jonathan Perry (Career & Recruitment Specialist, Management Career Services). It was wonderful to sit with Jon and understand different aspects of his life, and I’m excited to share his story with you. 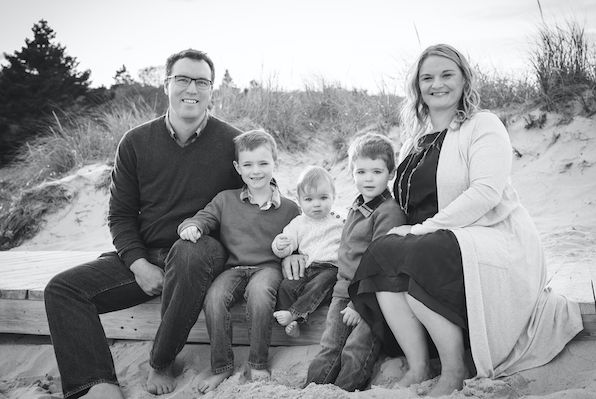 Jonathan started his Dalhousie journey in August 2000 as a student and has continued it as an employee since 2008. Before moving to his current role as Career Advisor, Jon worked in a variety of jobs at Dal including at the Dal Bookstore and as a Residence Assistant. During his co-op work terms, he also held positions as Commerce Society Executive Assistant and President of the Commerce Society. After graduation, Jon moved to Calgary for a year but couldn’t stand being so far from ‘home’ and returned to work in Halifax with Enterprise Rentals. Having been in the Dal residence for four years and building a great network as a student, he always bumped into someone he knew while walking around town.

Jon has seen numerous changes here in campus facilities, number of students from outside Atlantic Canada and the overall increase in class sizes. He believes this change is good not just for the university, but also for our students who can learn from others from different cultures and geographies, enhancing their overall university education experience. This change comes with a lot of challenges in terms of servicing the needs of students from elsewhere in Canada and around the world. Globalization has changed the face of the university in the last few years. Amidst these changes and challenges, one thing Jon has held on to is his approach to advising students, developing a relationship of trust with them and always motivating them to engage.

Jon fondly remembers the impact of April MacLeod, his career advisor when he was student. He attributes a lot of his career success to the relationship he developed with his advisor. What Jon loves most about his job is building that kind of relationship with his students and helping them in the same way he was helped by April. For Jon, every time a student thanks him, he feels he has had a positive impact on them.

Jon comes from Hartland, New Brunswick—home to the longest covered bridge in the world. It is also known for potato farmers who supply McCain Foods, located in neighbouring Florenceville. As a kid, Jon always wanted to become a doctor and he enrolled in science at Dalhousie, but two years into the program he realized his interests lay elsewhere. 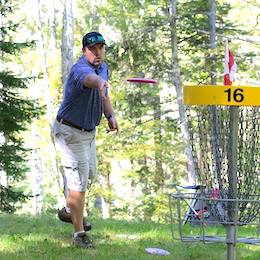 Outside work, Jon spends a lot of time with his family; he is the proud father of three boys (pictured above). Jon has always been interested in sports such as basketball, golf, volleyball and soccer, and lately disc golf. Playing in tournaments for prize money, he is a professional disc golfer. He was a founding member of the Hammonds Plains disc golf course, the only one in HRM. The members built the course themselves (yes, chainsaws were involved). Once the Covid-19 border restrictions are lifted, Jon intends to play at Maine’s Disc Golf Scene, considered the Mecca of disc golf in the U.S.

Twenty years from now, Jon hopes there will not be so many “sides” and that more people can come to a middle ground. People tend to gravitate to the poles on issues, rather than trying to meet in the centre. A shift in this could make the world a better place.