Dal.ca Home
Faculty of Management
Home
Rowe School of Business
News & Events
News
2015
10
An affinity for starting up: From CRMBA to career

An affinity for starting up: From CRMBA to career

Posted by Miriam Breslow on October 2, 2015 in News 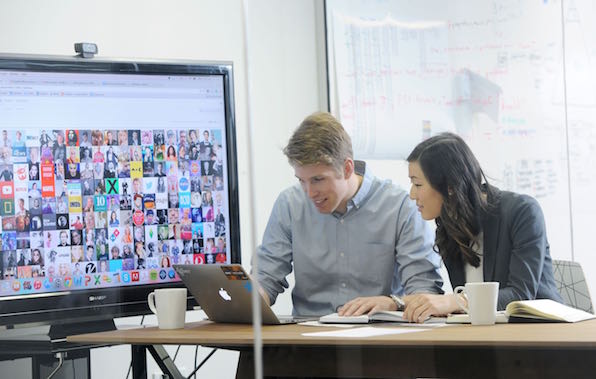 John Gleeson describes himself as a serial entrepreneur. “I have been ever since I was a kid,” he says, “always selling things, buying things, starting small businesses.” By the time he finished his undergraduate degree in communications at Carleton University, Gleeson was running a successful hockey school in Ottawa, and was excited to begin MBA studies.

He was drawn to the Rowe School of Business partly because of location, he admits; as a surfer, he was looking for a place where he could do a second degree and continue his hobby. After the first year of his Corporate Residency MBA, Gleeson “fell in love with Halifax and the school.” Following a break and a surfing trip around the globe, he returned for his second year with a reputation. “People started to hear, ‘hey, there’s this MBA student who funded a trip around the world, he’s entrepreneurial, he’s figured out a way to accomplish all these goals,’” recalls Gleeson. His eagerness eventually led him to the Starting Lean entrepreneurship course. There, Gleeson met Tim Burke, a community mentor and CEO of a marketing and tech start-up called Affinio.

“The Affinio story is unique,” says Gleeson. Burke and Stephen Hankinson, now Chief Technology Officer, met in a research and development lab at Dalhousie, and subsequently embarked on a business creating tools for cell phone users and retailers. From there, they used their skills in technology and marketing to launch Affinio. Having kept in touch with Gleeson after he graduated, Burke asked him if he’d like to be their first hire. “That’s when I moved back out to Halifax, and I was only there for about two months before we realized we needed to have some feet on the ground in New York,” says Gleeson. Now based in New York, he is Affinio’s VP Business Development, continually building relationships with clients.

So what does Affinio do? “It’s an audience insights platform,” says Gleeson. “It’s all about understanding exactly the types of personas that exist in a particular social audience.” Laura Park, a Rowe student who just finished her corporate residency at Affinio, explains: “There are social listening tools that analyze what people are talking about, but only 10% of social media users actually engage regularly and 90% don’t. The Affinio algorithm looks at the both the silent majority and the vocal minority, so we analyze the entire audience, and we’re looking at connections of and between users.” Affinio’s technology segments users into niche “tribes” based on their affinities; brands or ad agencies can then market to the tribes specifically. Affinio has customers around the world: “One of our biggest partners that we announced this year is BBC Worldwide,” says Park.

Completely new to the digital marketing world when she started her residency, Park jumped on the opportunity to work with Affinio. “It seemed very different from other jobs,” she recalls. “It was exciting to see, ‘work with this tech start-up!’ It was really cool to see the brands they’d already worked with even though they had only been established for about a year. I joined at a great time because I got to be a part of helping them grow.” Gleeson recalls hiring Laura from among the CRMBA students: “When we interviewed, we said, ‘we’re only going to pick somebody if there’s a perfect fit here, someone who can thrive in an ambiguous environment.’ There were some really good candidates and in a traditional company there were a bunch we would have hired. But Laura was just amazing.” The “ambiguous environment” turned out to be a high point of the residency for Park. “It was an awesome experience to wear a lot of hats, because I haven’t gotten to do that a lot before,” she says. “It was really cool because I got to work on a number of projects under the areas of sales, marketing, and analytics, and also got to be creative.”

Both Park and Gleeson use the word “passion” when speaking about Affinio. Gleeson reflects, “I think the thing that I really love about it is taking a stab at a really, really large goal. We’re working with some of the biggest agencies, brands and media companies in the world. You know, here we are, a group of guys in Halifax who are changing the advertising content marketing landscape. That’s cool!”

Gleeson, who had an “absolutely amazing” corporate residency of his own at Eastlink, is eager to hire another CRMBA student at Affinio if they can find a good fit. Park speaks positively of working with a Rowe graduate: “When I signed on going into a start-up it was overwhelming…. It was comforting knowing that John had been in my position.” She is eager to work for Affinio again and is planning to do a directed study with their marketing director this fall. “I could see myself joining the team full-time post-grad and absolutely loving what I do, day in, day out,” she says.

For his part, Gleeson couldn’t imagine being anywhere else. “Affinio is my baby,” he says. “We’re really starting to pick up a ton of momentum and that’s exciting.” While the future of a rapidly growing start-up is not always predictable, Gleeson believes that whatever happens with Affinio, “we’ll be in a really good place.” Looking beyond, he adds, “And then maybe I’d like to teach at Dal.”