Posted by Tony Walker, Mark Mallory and Stephanie Avery-Gomm on June 20, 2019 in Research 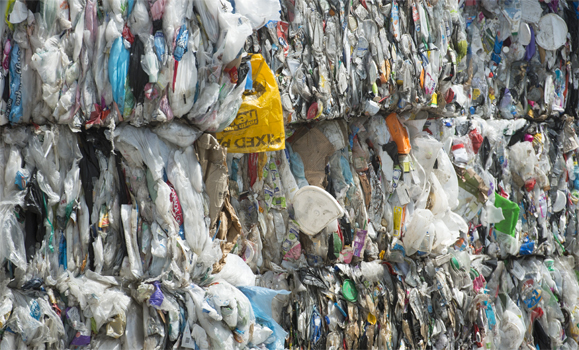 Plastics at a recycling depot in North Vancouver, B.C. in June 2019. (THE CANADIAN PRESS/Jonathan Hayward)

Canada recently announced a ban on single-use plastics. Items like straws, cotton swabs, drink stirrers and Styrofoam fast-food containers and cups will be banned by 2021.

But even as the list of countries that have made similar pledges grows, including all those in the European Union, some researchers have framed the plastic pollution problem as a distraction that undermines action on more severe planetary threats such as climate change and biodiversity loss.

As researchers who study plastic pollution, climate change and biodiversity loss, we feel that we simply do not have the luxury of tackling environmental issues one at a time. We need continued momentum on all fronts to address the growing list of threats to planetary health.

First steps towards a circular economy

Growing concern about plastic pollution has led to ground-breaking, global agreements. Canada, Italy, Germany, France, the United Kingdom and the European Union signed on to the Ocean Plastics Charter at the G7 in 2017, in Charlevoix, Que., pledging to find ways to curb plastic pollution.

Read more: An international plastics treaty could avert a 'Silent Spring' for our seas

Now, in addition to banning single-use plastic items, the federal government wants companies that manufacture plastic products to take responsibility for recycling their plastic waste. The latest announcement by Canada is part of a global movement to address the worldwide plastic pollution problem.

Although phasing out avoidable single-use plastics will not eliminate all plastic pollution, it is an essential first step. Replacing single-use plastics, many of which are not recyclable, with better alternatives will be an important part of building a circular economy.

Better management of plastic waste is another important part of the solution. Recent amendments to the Basel Convention have established a legally binding framework that will improve the capacity of approximately 180 countries to prevent, minimize and properly manage marine plastic litter, for the benefit of the environment and human health. Given that 80 per cent to 90 per cent of marine plastic litter comes from land-based sources, reducing waste generation at its source and improving waste management is a big step in the right direction.

Some researchers have criticized attention to the plastic pollution problem, calling the issue a distraction from other global threats. But a decision to tackle plastic pollution does not limit our ability to also fight climate change and biodiversity loss. 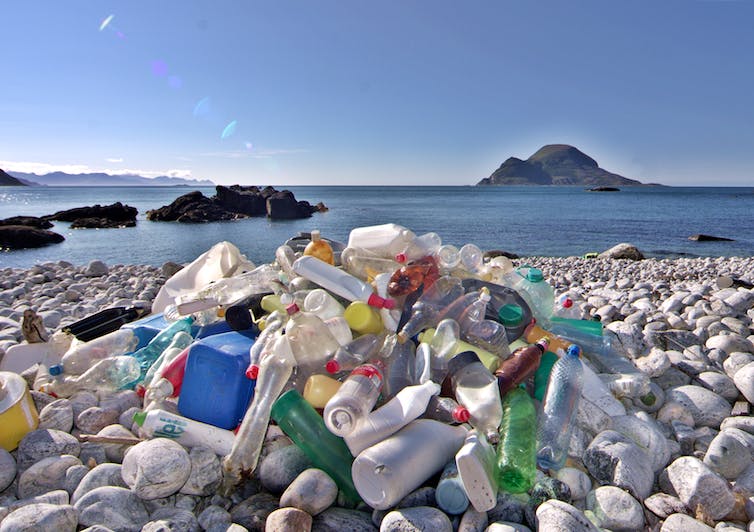 Plastics wind up in waterways, lakes and oceans — and may be ingested by fish, birds and other animals. Bo Eide/flickr, CC BY-NC-ND

There is no evidence to support a claim that global efforts to address plastic pollution have undermined progress made on other issues. Given current international agreements in place to address these important global environmental threats — the Paris Agreement and Convention on Biological Diversity’s Aichi Targets — it is unlikely that governments will be seen to fulfil their environmental obligations simply by phasing out avoidable plastics.

Strategies to address plastic pollution can help to fight climate change and biodiversity loss, indirectly. Stemming the flow of plastics into the environment will reduce biodiversity loss of the more than 2,000 species that have ingested plastic, become entangled in it or had their habitats smothered by it.

Finally, improved awareness by the public about how plastics can impact wildlife and ecosystems can increase awareness about other global threats and helps highlight the underlying causes of overconsumption of natural resources by a rapidly growing global population. It is clear that increased public awareness of plastic pollution has helped motivate government responses to changes in policy to mitigate plastic pollution.

It is important to keep global planetary threats in perspective. However, it is counterproductive to pit one issue against another.

Rather than debating over how to share allocations of the funding pie, we ought to collectively argue for why emerging issues should be met with additional resources.

The actions by governments, corporations and individuals to mitigate and manage plastic pollution should be applauded, rather than framed as a distraction. Plastic may be convenient, but there is nothing convenient about plastic pollution.

This article was first published on The Conversation, which features includes relevant and informed articles written by researchers and academics in their areas of expertise and edited by experienced journalists.

Dalhousie University is a founding partner of The Conversation Canada, an online media outlet providing independent, high-quality explanatory journalism. Originally established in Australia in 2011, it has had more than 85 commissioning editors and 30,000-plus academics register as contributors. A full list of articles written by Dalhousie academics can be found on the Conversation Canada website.