Posted by Nicole Maunsell on November 28, 2018 in News

Students made two separate presentations to top-notch judges from the academic and business community on cases exploring an ethical business dilemma. For Friday's session, students had 10 days of deep case analysis and preparation. On Saturday, students were given only three hours and no resources before presenting their solution. Competition was stiffer than ever, with 14 teams competing from as far away as Victoria, BC. 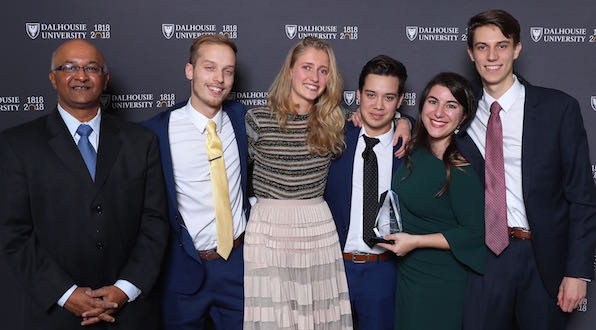 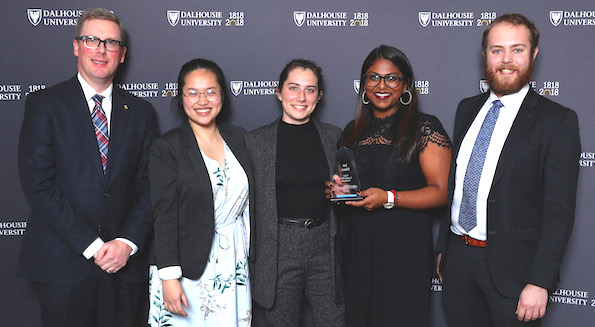 At the opening gala on November 22, attended by over 250 students, military personnel and community members, Scotiabank presented the 6th Annual Scotiabank Ethical Leadership Award to Lieutenant-General (Ret’d) The Honorable Roméo A. Dallaire, who founded the Roméo Dallaire Child Soldiers Initiative, based at Dalhousie.

General Dallaire spoke about the importance of prioritizing the protection of children used as weapons of war by working to prevent, and not just react to atrocities. He praised the researchers and students at Dalhousie who are working to end the recruitment of child soldiers and spoke about the unique perspective and passion of today’s youth: “they are the generation without borders.... They will change how we handle conflict.” 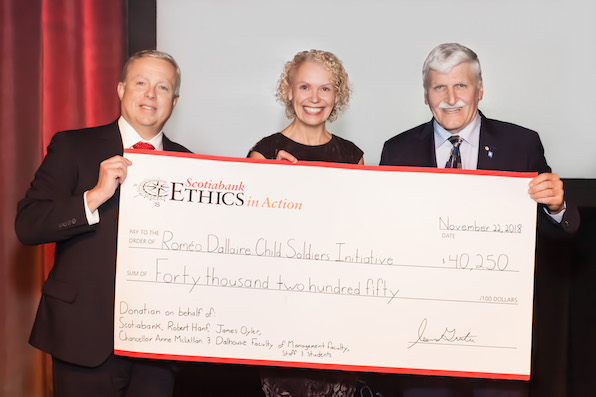 About Ethics in Action

Dalhousie’s Faculty of Management established Ethics in Action in 2013 with a $1.5 million donation from Scotiabank. The student-led program is aimed at engaging business students and the Canadian business community in shaping ethical business leadership.

The Scotiabank Ethical Leadership Award recognizes ethical leaders from across Canada who, through their actions and decisions, have demonstrated character, courage and adherence to ethical principles. Leaders from any sector, including public, private or not-for-profit, are eligible to be nominated. The winners serve as an inspiration to other practitioners and to today’s students. Past recipients are Sir Graham Day/Phil Fontaine (joint), Richard Pound, Irwin Cotler, Anna Tudela and the Honourable Justice Rosalie Silberman Abella.