Posted by Nicole Maunsell on January 31, 2018 in Research 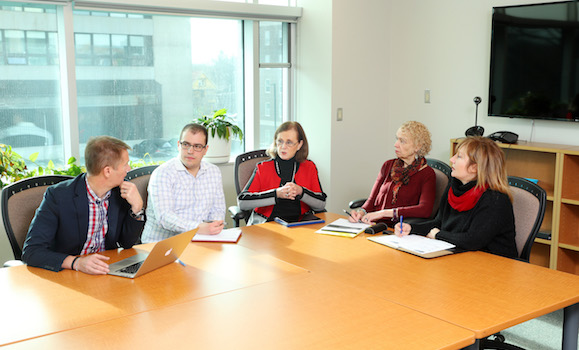 Do Canadians believe that businesses and government organizations are trustworthy, socially responsible, environmentally sensitive and ethical? In other words, do they have a 'social license to operate (SLO)?' "No one could answer this question," says Peggy Cunningham from the Rowe School of Business. "So we polled a national sample of Canadians."

The results are published today in Canada's first Social License to Operate report. Roots and Mark's were ranked highest in the clothing retail sector, while H&M and Forever 21 ranked lowest of the organizations included in the report.

In the food retail sector, local food suppliers ranked highest, with Loblaws coming in second and Sobeys last. Via Rail and WestJet were ranked highest in the transportation sector, while Air Canada ranked lowest. Among government departments, National Museums, Parks Canada and the CBC were ranked the highest, while the CRA ranked the lowest.

The authors hope that the report will provide valuable insight about how Canadians view the organizations that they interact with most frequently in their daily lives. "We tried to choose sectors that all Canadians would have experience with," explains Vivian Howard of the School of Information Management, lead author of the report. "Everyone eats, everyone has to clothe themselves and get from place to place, everyone deals with the government in one way or another."

It's a complex subject, and addressing it required expertise from the Faculty of Management's four schools which have worked in a variety of areas: environmental assessment, public engagement, corporate social responsibility, and ethics in the public, private and government sectors. In addition to Drs. Howard, Walker and Cunningham, the report's authors include Michelle Adams (School for Resource and Environmental Studies), Jeff Friesen (School of Public Administration), Master of Resource and Environmental Management graduate Alison Kader, and Library and Information Studies student Tyler Lightfoot.

"It was our first time working on something like this, and we quite enjoyed it," says Howard. "I think we're uniquely positioned in the Faculty of Management to do this kind of study, because we have the right combination of people from our different schools. It made social licensing such an obvious choice."

"The preference for Canadian brands was very striking," says Dr. Howard. "I was also surprised by how volatile Lululemon was. Its messaging has a strong ethical statement: the mission and vision is

something we'd be looking for in social licensing. For women and people with higher incomes the company ranked very high. But for people with lower income and for men it ranked low. The company's messaging obviously works for some sectors of the population and not others."

Dr. Cunningham says that the researchers are interested to see how the results differ next year. "Findings from the poll will be used as a benchmark to measure how Canadians’ perceptions of organizations evolve over time," she says. "This year's pilot study is just the beginning."