Olabisi D. Akinkugbe joined our law school as a Visiting Assistant Professor for the 2017–18 academic year. Originally from Lagos, Nigeria, he earned his law degree from the University of Lagos in 2003, then completed a year-long professional legal training at the Nigerian law school, where he received a Licentiate Degree in Law in 2004. After law school, Akinkugbe joined a firm in Lagos and spent from 2004 to 2006 practicing corporate and commercial law, and he was also an associate of the firm’s litigation and arbitration practice group.

Akinkugbe comes to us from UNB’s law school, where he taught first-year contract law and two upper-year seminars, international trade law, and law and economic development from January of 2015 to June of 2017. Between the completion of his LLM and commencement of his PhD, he worked as a legal counsel on a public-private partnership roads project in Lagos. He completed his PhD at the University of Ottawa in 2017, after earning an LLM from the University of Toronto in 2008.

“I’m delighted to continue at the faculty because the Schulich School of Law has such a good national and international reputation, thanks to its breadth of programs, institutes, significant international scholarship, and excellent research profile,” says Akinkugbe. “I believe that I will have the platform to do the kind of research I want to do, and there is great potential for collaborative research. And of course I’m very pleased about the opportunity to carry on teaching, which I find the most fulfilling.” 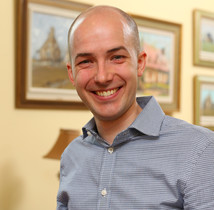 Colin Jackson has been teaching Taxation I and Sale of Goods at the Schulich School of Law since 2014–2015, when he was a Schulich Fellow. He is a graduate of the BCL/LLB program at McGill University and a member of both the Law Society of Ontario and the Barreau du Québec.

Jackson clerked at the Tax Court of Canada before beginning his graduate studies at the Schulich School of Law in 2012. His current research looks at access to justice in Canada’s tax law, with a focus on the tax system’s complexity.

“I’m thrilled to join the faculty on a permanent, full-time basis,” says Jackson, pointing to the supportive faculty and the engagement and enthusiasm of the law students – especially in tax law – all of which he has found inspiring.

“Nothing inspires me more than teaching, but I’m also very excited about my current research. It looks at the tax system through the lens of ‘access to justice,’ and so I’m working on identifying the barriers that prevent people from engaging effectively with the tax system, discovering how those barriers modulate or frustrate tax policy, and finding ways to improve how taxpayers interact with the tax administration.”