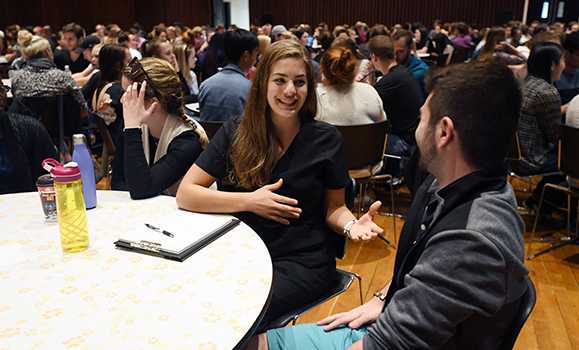 The classroom is buzzing with the sound of students talking. And that’s a good thing, because teamwork and communication are what it’s all about during Dalmazing 2.0, large-scale interprofessional education (IPE) event that was held for the first time on October 24.

The event, held in the the Collaborative Health Education Building (CHEB) and the Student Union Building (SUB), brought together more than 1,000 first-year students in more than 20 different health professions. The objective was to encourage a collaborative approach to health-care topics that affect all health professions. This year’s topic: the bias and stigma surrounding obesity.

The thorny issue of obesity

The students’ first task was to watch “Behind the Scenes,” a video of a drama performance based on actual interviews with patients living with obesity and health-care providers. 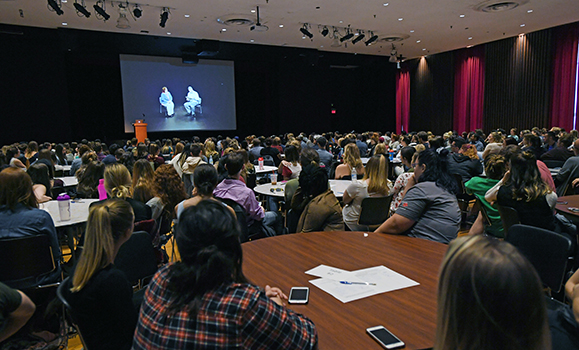 They then discussed how the consultation between a health care provider and a patient could have taken place differently, re-wrote sections of the script to show how changes to the setting and conversation could have made the appointment go better, and reflected on how an interprofessional team might have helped the encounter. 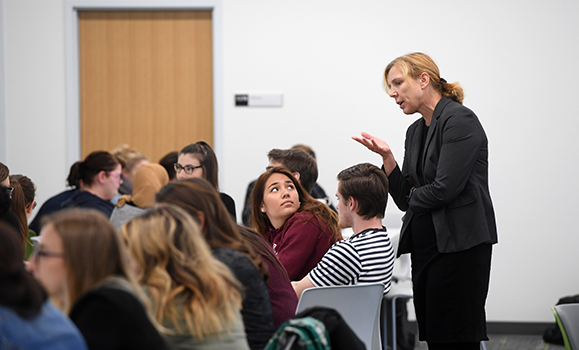 “The stigma around weight is one of the most socially accepted prejudices and it’s there at the systems level," adds Dr. Kirk (pictured above). We’ve been running these workshops on a smaller scale and the data we have suggest that they do reduce stigmatized language by getting to the hidden beliefs behind the attitudes.”

In the video, both the patient and health-care provider interact with each other in a conversation that skirts around the issue of the patient’s weight and does not delve into the issues that might underlie her difficulty in managing her weight, such as her mental health. They also talk to the camera about the internal concerns they each have. The patient wonders whether the health-care provider will talk to her about her weight, while the health care provider expresses his concern over the patient’s painful knee and says that reducing her weight would help. Instead of broaching the topic with her, he writes a prescription for pain medication.

Kinesiology student Haley Leppal says the video “shows the need for collaboration. The conversation might have gone better if a dietician or nurse had been involved.” 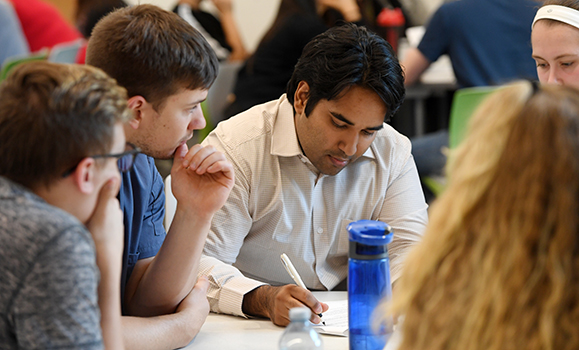 Dentistry student Hyun Kim says that she and her fellow students tend to be focused on their own area of health care. Dalmazing 2.0 made her aware that “this issue is relevant to us all.”

A focus on patient-centred teams

“A central theme of IPE is listening to the patient and other family members,” says Cynthia Andrews, a professor in the Faculty of Dentistry and an IPE coordinator at Dalhousie. “The patient is part of the team and we want our students to be exposed to patient-centred care. It is imperative that IPE includes learning about, with, and from each other, giving students important skills and understanding for their future professional lives.”

Dalmazing 1.0, held on September 21, 2017, introduced the interprofessional team members to each other (10 in each group) and led them through a series of fun, engaging challenges that helped students practise interprofessional skills together. Dalmazing 2.0 reunites the teams so they can build on what they learned in the first session. 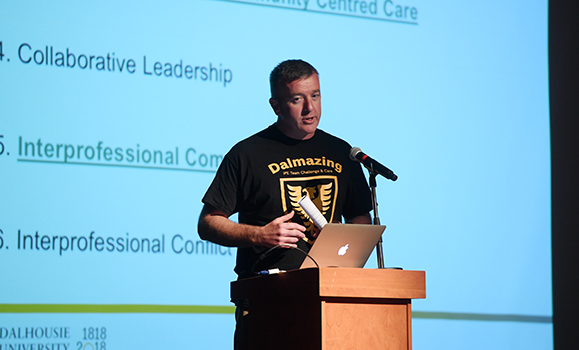 Noel Pendergast, IPE coordinator with the Faculty of Health (pictured above), chairs the Large-Scale IPE Events subcommittee. “The student engagement at the two Dalmazing events was great,” he says. “We’ve received overwhelming feedback from students saying that they really enjoyed being back with their Dalmazing 1.0 team to have these discussions and hoped that they could get together with them again.”

The next generation of health-care providers

“We want the students to think about stigma and personal bias, and how they might deal with awkward conversations around many patient issues, using obesity to start the conversation around that learning,” says Dr. Andrews. “Dalmazing 2.0 is a prompt for reflection and introspection and to help students realize that not all patients are dealing with the same things.” 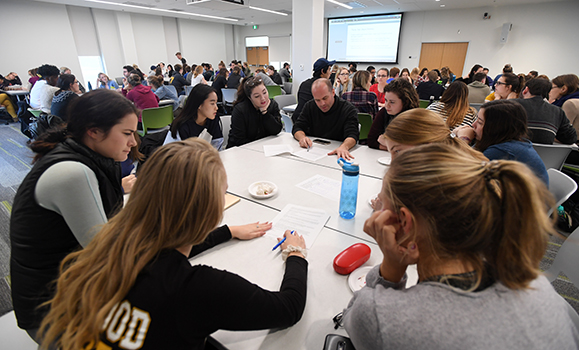 “We know that change needs to happen,” says Dr. Kirk. “It’s thrilling to me that we are reaching students in the first year of their training and helping to set the stage for their future interactions as health professionals. These are the people who can change the system so that patients are treated more respectfully and in partnership with their health care providers.”