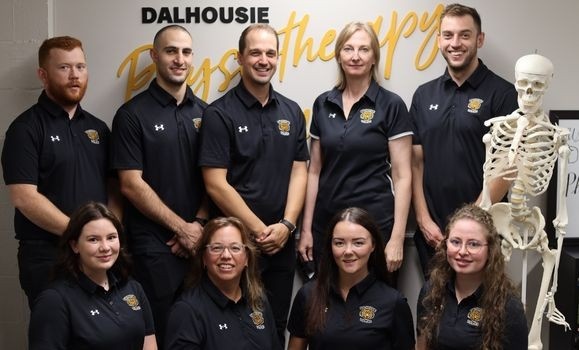 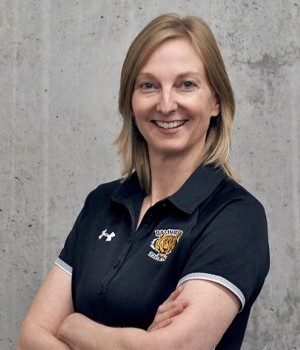 Meet our Clinic Manager and Senior PT, Rhonda Reardon. Rhonda holds a number of educational successes: Bachelor of Science in Physiotherapy from U of Saskatchewan, Diploma of Advanced Manual and Manipulative Therapy with the National Orthopaedic Division of the Canadian Physiotherapy Association, Masters of Rehabilitation Science at McMaster University are to name a few.

Rhonda has been involved in the physiotherapy profession serving on a number of related boards. She also is a past Co-Chair of the National Orthopaedic Division Symposium. In the realm of post-graduate education, she was the provincial course organizer for Kinetic Control and a founding member of the Atlantic Manual Therapy Institute.

Evidence-based practice and patient-centered care are key elements of her practice. With a focus on neuromusculoskeletal health, her clinical interest is in movement analysis and rehabilitation of the patient helping the individual achieve their functional goals.

If you’re lucky, you may catch a glimpse from Rhonda’s dog Spot, who occasionally pops by for a visit to ensure that everyone is happy and hard at work! 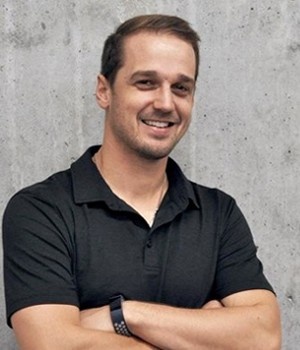 Kyle Crosby was an undergrad student in Dalhousie’s BSc (Kine) program when his brother fractured his leg. Watching his brother recover from his injury, and being there for him during his rehabilitation, played a key factor in Kyle’s decision to enroll in the MSc-PT program at  Dalhousie’s School of Physiotherapy.

In 2014 Kyle celebrated his MSc-PT graduation by picking up a golden retriever named Lilly. Since then he worked in a community-based clinic in Lockport NS, traveled Europe, South Asia, and the Caribbean, and participated in a few half marathons.

In October of 2019, not long before Covid-19 arrived in Nova Scotia, Kyle joined the team of licensed physiotherapists at Dalhousie Physiotherapy Clinic.

A physiotherapist’s skill-set is ever-evolving. And each clinic has its own specific set of needs. As such, Kyle is working on completing his post-graduate learning in Advanced Integrated Musculoskeletal Physiotherapy Program (AIM). Covid-19 slowed down his initial timeline but Kyle anticipates completing the program in the fall of 2022.

Where can you find Kyle when he’s not at work? You may think he’d be hanging out in the small oceanside community of Lockport, NS where he grew up. But in actual fact, he will most likely be found working in the dirt alongside his brother on the farmland they purchased together beside the Shubenacadie River. 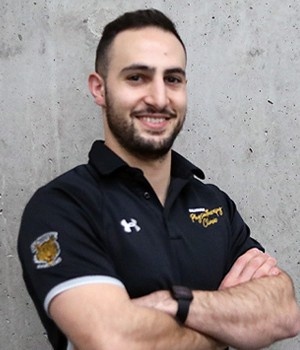 Joseph, a Halifax native, received his Bachelor’s degree in Science (Kinesiology) from Dalhousie University in 2015. Joseph returned to Dalhousie for his Master of Science in Physiotherapy where upon graduating was awarded the Jane McAloney memorial prize for clinical excellence, and Canadian Academy of Manipulative Physiotherapists award for high manual therapy performance. Between 2011 to 2016 Joseph competed as a member of the Dalhousie Tiger’s Football team serving as team captain in 2014 and, winning the league championship in 2016.

Joseph loves playing any sport he can including hockey, basketball, and football. Even more so he enjoys spending time with his family, doing home projects, and taking care of his vegetable garden. Joseph also volunteers for his Lebanese community as head of the sports and recreation Committee for Diman Association Canada in addition to volunteering on the executive of the Nova Scotia Orthopaedic Section of the Orthopaedic Division of Canada serving as their Treasurer.

His studying days did not end at graduation as Joseph has completed additional courses to advance his practice and better serve the Dalhousie and Halifax community such Advanced Integrated Musculoskeletal Physiotherapy Program up to Level 3, Concussion Rehab Works Levels 1 &2, Concussion: Prevention, Detection and Management- University of Calgary/Université Laval, and Dry Needling up to Level 2. 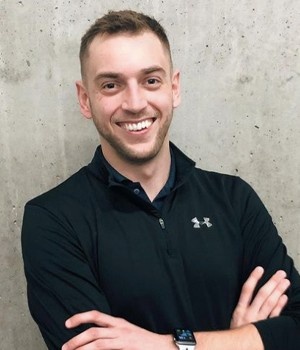 When he isn’t in the clinic, Mike is probably out running, hiking or playing video games in between baking treats! If you’re looking for an out of this world recipe, Mike would be more than happy to attach one to your home exercise plan! 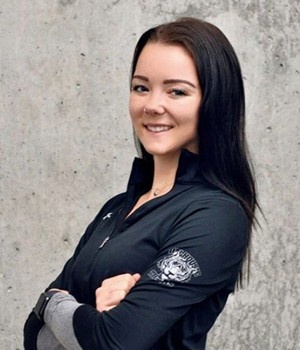 Hailey is a recent graduate, receiving her Master of Science in Physiotherapy degree in the fall of 2021. She moved to Halifax in 2013 to pursue an undergraduate degree at Dalhousie - earning her Bachelor of Science Kinesiology in 2017 in addition to a Certificate of Disability Management.

Much of Hailey's time on campus was dedicated to the Dalhousie Student Athletic Trainer Program, working with numerous teams such as Men's Hockey and Lacrosse, to her final years as head trainer of the Men's Volleyball Team! Hailey was also a member of the first women’s lacrosse team at Dal, spending four years as their starting goalie.

In her off time her passion and commitment for helping others leads her to the rink where she volunteers with the Easter Seals Sledge Hockey Program. The rest of her weekends are saved for exploring the backwoods of Nova Scotia with her dog Bandit.

Excited to once again return to Dalhousie in her new role as a physiotherapist - being immersed in such a collaborative environment with a supportive team Hailey is hoping to advance progress her learning in the orthopaedic division with the rest of her colleagues in the clinic. She has already completed Level One and hopes to round out her practice with other professional development initiatives as she builds her clinical experience! Declan completed his Bachelor of Science in Kinesiology at Dalhousie and won the Dalhousie Student Athletic Trainer Award when working as head trainer with the Men’s Soccer Team.

Declan’s role in the clinic has quite a bit of weight to it – not only is he a full time therapy assistant, but he also acts as co-coordinator of our Student Athletic Trainer Program in addition to meeting all of our bracing needs.

You won’t just see Declan working hard in the clinic though, as he is also out in the community working and volunteering with many teams across the HRM. Having been through four knee surgeries himself, Declan knows exactly how invaluable the right rehab team can be to regaining function and quality of life.

Its also well known that Declan has quite the extensive knowledge of waterfalls throughout the province, so if you happen to be looking for a weekend adventure idea he’s your guy!

Sarah recently graduated from NSCC Cumberland in June 2021. She received her diploma in Occupational Therapy Assistant/Physiotherapy Assistant. Since Starting at the clinic in summer of 2021 Sarah also was a trainer for the Dalhousie Football team.

Sarah has always had a love for sports, growing up she played soccer, volleyball and rugby! In her time away from the clinic Sarah coaches a U13 Volleyball team and enjoys exploring hiking trails with her puppy Moose!

After graduating from Early Childhood Education and working with children and youth programs for years Lori switched gears and has found her passion working in patient focused environments.

Lori has been onboarding with the clinic since Spring of 2021 in an Administrative Assistant role and is an energetic and enthusiastic face in the clinic. Being from a small town in rural Nova Scotia Lori enjoys the community vibe Dalhousie and the Dalhousie Physiotherapy clinic offer, determined to make patients feel welcome and comfortable in the clinic.

Outside of the clinic, Lori enjoys biking, baking, jogging and is passionate about any activities near the ocean or bodies of water! Shelley has spent much of her life working in several administrative roles throughout the Halifax area and is thrilled to bring her skills and friendly personality to the clinic.

Shelley comes from a military family background and has lived in Germany and numerous Canadian provinces with family roots eventually planted in the Annapolis Valley. Shelley is married with three kids and in her spare time she enjoys gardening, camping and exploring new places/making new memories with her friends and family.