Dal.ca Home
Faculty of Health
Home
School of Health Administration
News & Events
2021
June 2021
Can a COVID‑19 test tell if you're infectious? Nova Scotia experts unravel some of the misinformation

Can a COVID‑19 test tell if you're infectious? Nova Scotia experts unravel some of the misinformation

Can a COVID-19 test tell if you're infectious? Nova Scotia experts unravel some of the misinformation 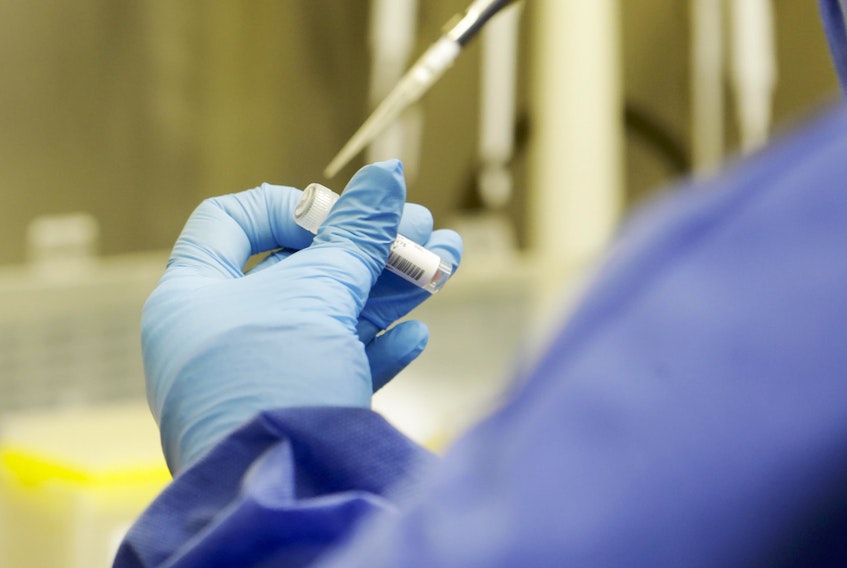 A medical laboratory technologist prepares COVID-19 patient samples at the QEII Health Sciences Centre’s microbiology lab in Halifax. One of the most common false claims on the internet is that PCR tests are not accurate.

Misinformation about COVID-19 is still circulating over one year into the pandemic and experts say the claims are not only false but also dangerous.

The internet, especially social media, has been a fertile ground for rumours to spread and grow. Despite continuous debunking, inaccurate or incorrect allegations were disseminated about the disease itself, the testing methods, public health measures, and the vaccines developed to protect against COVID-19.

Numbers released by Statistics Canada in February 2021 suggest that 96 per cent of Canadians who use the internet to get information about COVID-19 saw information that they suspected was misleading, false or inaccurate.

Jeanna Parsons Leigh, a sociologist and researcher at Dalhousie University, said such misinformation is still harmful a year and a half after the onset of the pandemic.

"It makes it more difficult than it should for people to find facts and can undermine public trust in science, health services and public or political institutions," she said.

“As shown by how rapidly the third wave manifested in N.S., we are still very much in this pandemic. The Delta variant (B.1.617) for example, is very much a wild card. If we were to let it spread in Canada the impact could be disastrous."

It depends on your experience

Parsons Leigh said there could be an array of reasons for why people believe and spread misinformation. 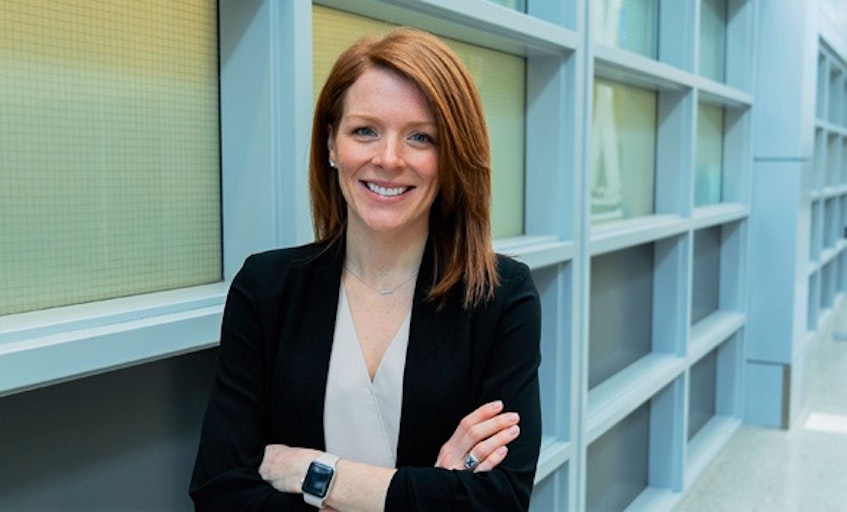 Jeanna Parsons Leigh, a sociologist and researcher at Dalhousie University said misinformation is still dangerous at this stage of the pandemic. - Contributed

It could be that people prefer to believe what they hear or read because it takes less cognitive work than evaluating and rejecting the information.

Perhaps a more important reason, said Parsons Leigh, is that people largely evaluate information through “the lens of their own experiences, belief, and value systems.”

“For example, if the misinformation you hear or see aligns with your religious, social or economic views, then you would likely evaluate it through that lens and may be less likely to critique or dismiss it,” she said.

That could also be why people who have experienced discrimination or systemic racism may distrust the government or health-care system and “legitimately be less likely to trust information being produced by public health.”

One of the most common false claims is that polymerase chain reaction or PCR tests are not accurate, which is based on a lack of understanding of how this testing method works, said Dr. Lisa Barrett, infectious disease expert. 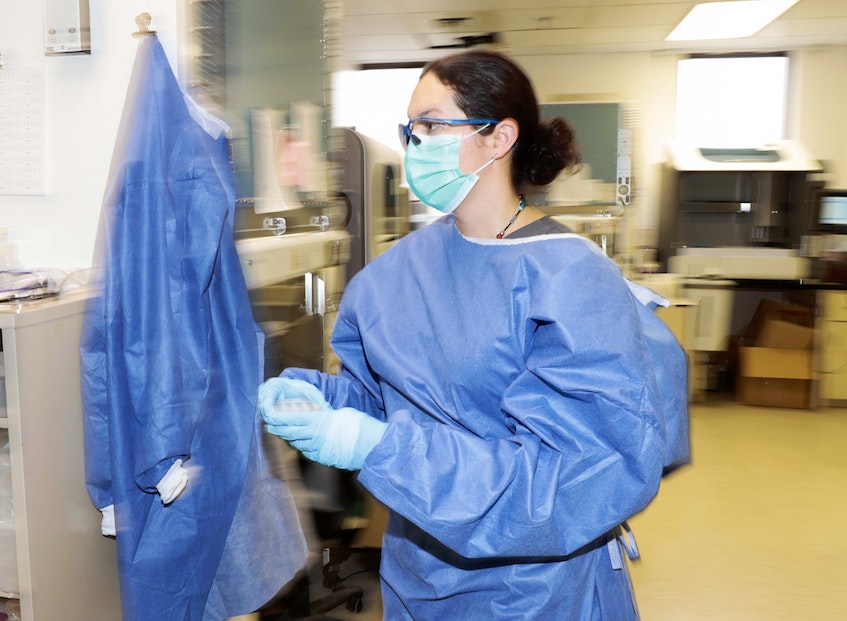 A PCR test works by amplifying a specific piece of the viral genetic material numerous times until it can be detected.

The number of amplifications needed for the genetic material to be detected is called a cycle threshold or Ct value. Molecular biologists determine that a test is positive based on that value, in addition to other clinical factors.

A low Ct value means that there’s a large amount of viral genetic material in the sample, so detection was possible after a relatively small number of amplification cycles.

People making the allegations say that lab technologists and health officials adjust the Ct values so that the test detects very small amounts of genetic material, resulting in false positives and consequently prolonging the pandemic.

“Certainly, we have not moved around the Ct values or the positivity value of the test, just to create more positives to keep ourselves in business, I can tell you that,” she said.

“Molecular biology works a certain way and in fact is very, very, very specific. If we pick up — with the PCR test — pieces of the virus, then it does mean that the virus was around.” 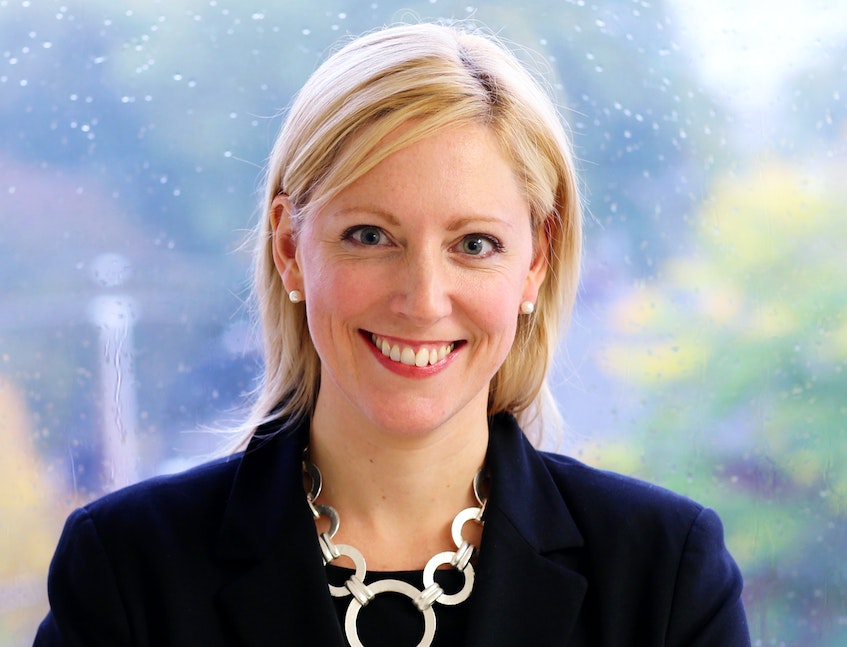 The value depends on recommendations from the manufacturer of the instrument and results of a validation process done at the lab “to ensure that PCR is correctly detecting the presence of the virus,” reads the document, which was prepared by Dr. Todd Hatchette, chief of microbiology at Nova Scotia Health.

Can PCR tell you how infectious you are?

Some people claim that those who test positive at Ct values higher than 30 should not have to go through public-health measures, such as self-isolation.

But experts say values don’t say everything about how infectious a person could be, or how much the virus could spread in their body a few hours after the test sample had been collected.

The Nova Scotia Health document cites research from three countries suggesting that it’s difficult to grow the virus in the laboratory if it was detected in a patient’s sample after 24 to 30 cycles.

The researchers are Jared Bullard and others at the University of Manitoba, Anika Singanayagam and others with Public Health England and Kerri Basile and others at Westmead Hospital in Australia.

But there’s more to the story than that. 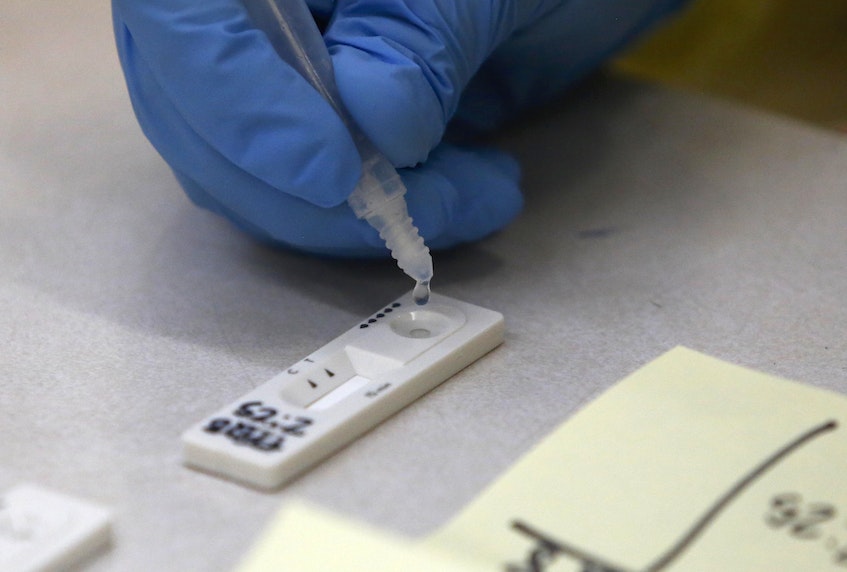 A sample from a patient swab is dropped on a test strip at a rapid testing site at Central Spryfield School in Halifax in May. Research is suggesting that antigen tests, such as these rapid tests, could tell us if someone with COVID-19 is infectious. - Tim Krochak

For one, researchers still don’t know how much virus is required to infect people. Also, growing the virus on a plate in the lab is not the same as having the virus replicate in our bodies.

“This is a complex issue,” reads the document.

“The cells used in the laboratory to grow the virus are different than cells in the back of the throat and nose (nasopharynx) or the lungs in people. So just because one can’t grow the virus in a laboratory that does not mean that it won’t transmit.”

Ct values also depend on the stage of infection.

For example, during early infection and before the onset of symptoms, a person with COVID-19 might have low levels of the virus in their system resulting in high Ct values over 30 and that could last for hours or even days.

According to the document, a patient could be asked to take another test within 24 to 48 hours to see if the Ct value is changing.

For example, the Ct value could be much lower after the second test, suggesting there’s more virus in the patient’s body.

Barrett said another type of test could be better than PCR at predicting the likelihood of the virus spreading from one person to another.

Antigen tests, such as the rapid tests used in Nova Scotia, appear to be a good measure of infectivity according to a growing body of research, she said.

This means that the PCR test and the rapid test could complement one another in the future.

“That's a work in progress at the moment early in small studies, but it looks promising,” said Barrett.