One scholarship and one bursary will be awarded annually to students enrolled at the Faculty of Graduate Studies. The value of each award is at least $2,000. 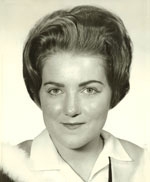 Throughout her 20-year career as a television producer Linda received many national and international awards. She was particularly proud of her Gemini award for Best Short Dramatic Program Saying Goodbye: The First Snowfall, which Linda dedicated to the memory of her mother. This program was part of a 10-part documentary series that focused on the topics of grief and bereavement.

Linda used television to challenge conventional wisdom — television, she insisted, is not necessarily the enemy of the written word. Hooked on Reading, a series of six programs, invited viewers to join the adventures of three children as they shared with their father his enthusiasm for the world of books. Using a combination of narration, dramatized scenes and a viewers' guide, Linda encourages parents and other adults to read to and with children.

Linda created numerous other television programs, including a 10-part prime time telecourse on contemporary family issues, Family Matters, before returning to the classroom to pursue her passion for education. Linda first assumed the role of academic director of The Ambassador Program, an educational program for 16 to 24 year old adolescents who lived on Toronto's streets. After receiving national acclaim in Maclean's magazine for her efforts with Toronto's street youth community, Linda set her sights south of the border. As executive director of the Family Learning Circle, an adult learning agency located in the South Bronx, New York, Linda delivered on the promise of educational alternatives for marginalized students and adult learners. The three-site adult education school served 1,000 African-American and Latina women annually. 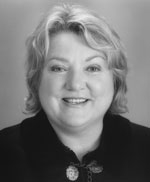 Photo by: Mary Ann Donohue
Linda knew first-hand the financial hardship associated with raising children as a single mother. Her professional accomplishments were counterbalanced at all times by her unconditional love for her two sons.

The Linda Marie Gillingwater Rainsberry Graduate Student Scholarship and Bursary pays tribute to Linda — her passion for learning; her deep commitment to the underprivileged; her unwavering support of the aspirations of women to reach for excellence in their chosen fields. As she explained: "I am a secret agent, sent to inspire a new generation of women — happy, confident, playful, and agents of revolution."

Originally founded as a bursary by Linda's two sons, David Rainsberry and Christopher Wilson, this endowment is now offered as both an annual bursary and scholarship in memory of a woman who dedicated her life to her family, education and social justice.