Posted by Engineering Communications on May 3, 2022 in News

Dalhousie is presenting eight outstanding individuals with honorary degrees during Spring Convocation ceremonies in May and June. Honorary degrees are awarded to individuals across a wide range of disciplines and achievements. They recognize people who have shown inspirational leadership; outstanding contributions to a field or discipline of study or a non‐academic area of achievement; and/or outstanding achievement at or contributions to Dalhousie. Candidates are reviewed and recommended by the Senate Honorary Degrees Committee and approved by the university Senate. 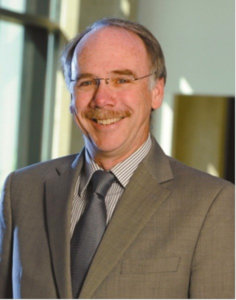 Jim Hanlon’s (BEng’79) leadership has helped unlock the vast potential of Atlantic Canada’s ocean economy. As the founding CEO of the Centre for Ocean Ventures & Entrepreneurship (COVE), he’s fostered rich collaborations between industry, government and universities and developed new talent in the sector as a mentor to up-and-coming researchers and entrepreneurs.

Born in Nova Scotia with an engineering degree from Dalhousie and a MBA from Saint Mary’s, Hanlon has led a 40-year career as an ocean technology entrepreneur and executive with senior roles in engineering, marketing and general management. He played an integral role in helping attract nearly half a billion dollars in public and private investment in the sector to the region between 2014 and 2019.

“Dalhousie continues to provide globally significant leadership both through innovative research, and by providing impactful education to the next generation. As an ocean professional myself, I know how big a role the ocean and Dalhousie play in all of our futures. I’m so proud to be part of the Dalhousie alumni community and I’m honoured to be receiving this great recognition.”—Jim Hanlon, on what receiving an honorary doctorate from Dalhousie means to him.

A decade ago, Hanlon took on the role of initial CEO of the newly formed Halifax Marine Research Institute (HMRI), and later spearheaded efforts to establish COVE as its successor. Under his leadership, COVE grew into a $30-million, 60-tenant ocean technology hub that has drawn admirers from various countries looking to mirror its success.

A consummate matchmaker, Hanlon brings agile leadership, strategic thinking and persistent optimism to the table in building bridges across sectors and through his work on boards and as a mentor with initiatives such as CDL-Atlantic.