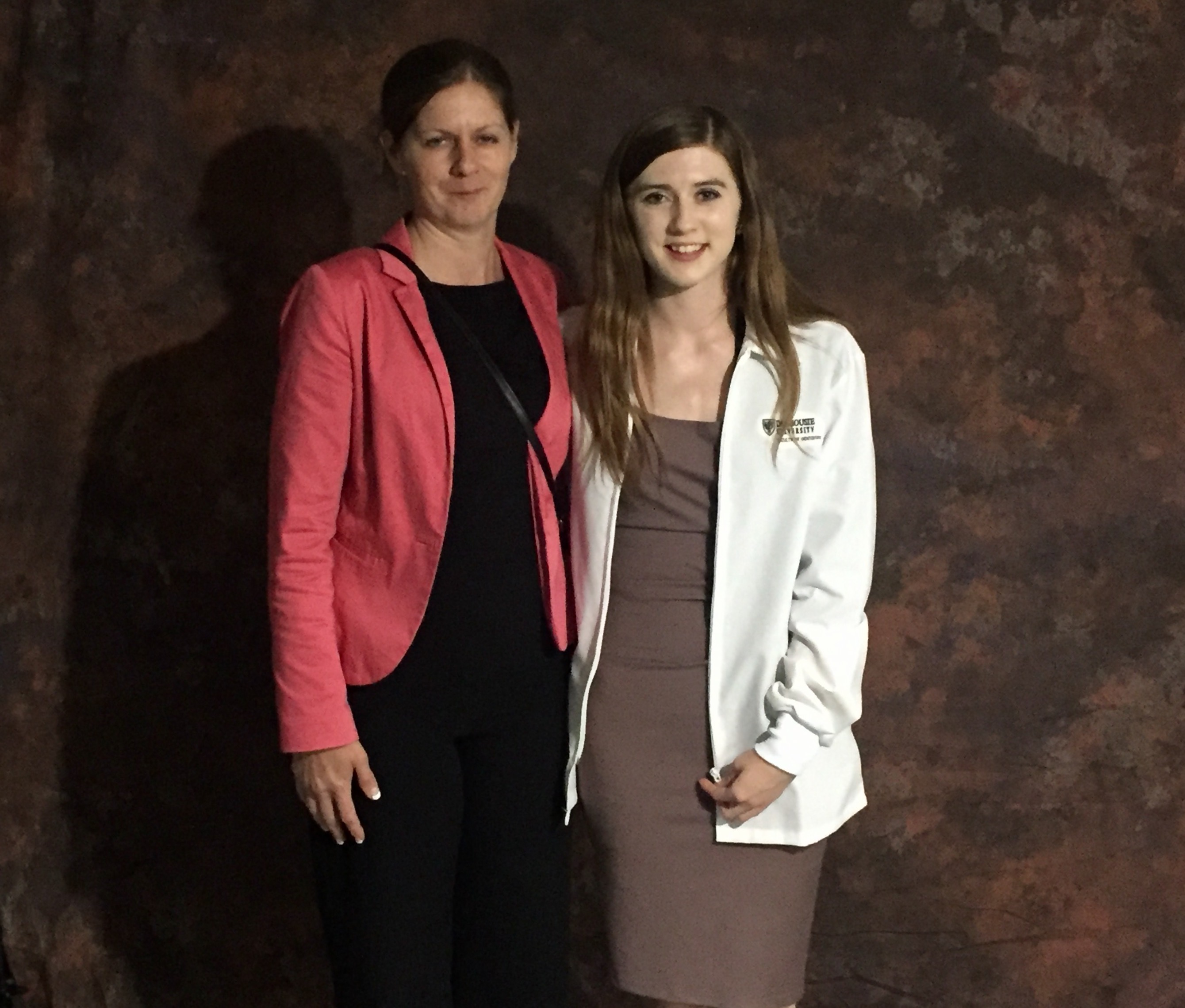 Jade Wile and her mother at the 2018 White Coat Ceremony

Jade Wile was at work this week when she checked her phone. Two missed calls and several emails alerted her that something was afoot. It turns out it was good news.

Dr. Leigha Rock, director of the School of Dental Hygiene, was contacting Jade to let her know that she was the top student in dental hygiene for the year, receiving both College of Dental Hygienists of NS Award for highest academic standing in all subjects and the Halifax County Dental Society award for demonstrating the greatest proficiency in clinical dental hygiene.

“This is a remarkable accomplishment,” says Dr. Rock. “In my experience, excelling academically does not necessarily mean you will excel with your hands or in the critical components of patient care, such as professionalism, ethics, communication, and empathy. Winning both the top academic award and the top clinical award really highlights how well-rounded Jade is.”

“It made my day,” says Jade, when she learned the news.

Inspired to study dental hygiene
Graduating in dental hygiene was also the fulfillment of a dream Jade had had for many years. From the time she was in junior high, she knew that she wanted to be a dental hygienist.

“I had an amazing dental hygienist when I was younger,” Jade says. “She was so kind and caring and she really inspired me. Becoming a dental hygienist became my goal and I worked hard to get there.”

The first step was to take all the right subjects at high school: chemistry, biology, physics, and English. Then there were two years of sciences at Dalhousie, where she conscientiously gained all the prerequisites necessary for admission to the dental hygiene program.

Jade particularly enjoyed some of the psychology-based courses she took in second year.

“They taught me a lot about people’s emotions and the basis of interpersonal relationships. I found the information was helpful later on when I started treating patients and wanted to develop good relationships with them.”

Jade admits that she is someone who normally works hard at her studies, but at university she had her eyes on the prize and “worked hard because it really mattered”. 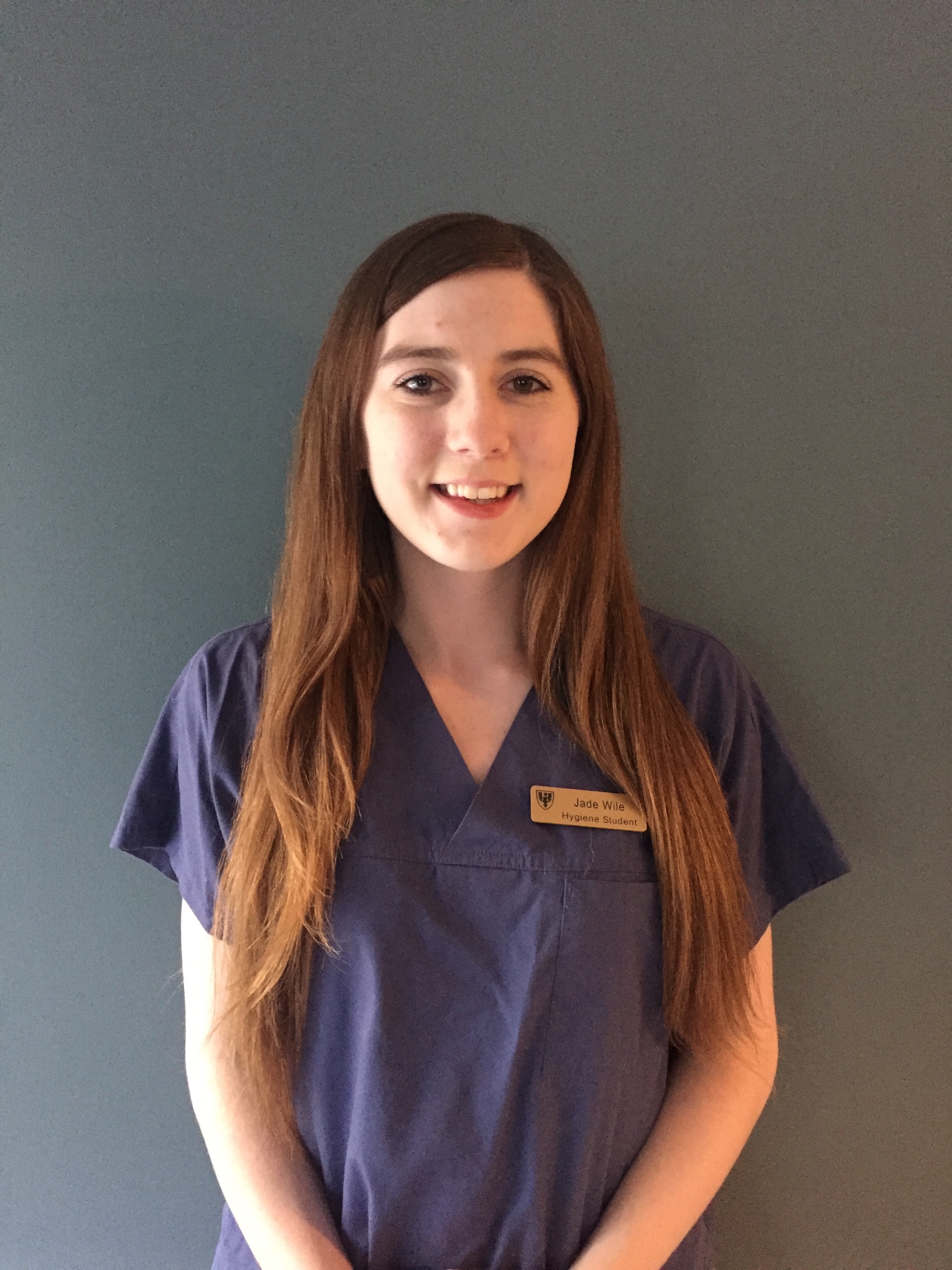 The right choice
Right from the start, Jade knew she had chosen well, but she found it “very hard—harder than I expected.” She explains that even in her first two years of university, she was used to taking five courses at a time. In the dental hygiene program, that increased to 10 per semester.

“It was a big increase in workload,” she says. There were also a couple of surprises, such as microbiology, with its in-depth look at diseases and bacterial processes, and being taught to do nutritional counselling.

On top of the heavy workload, Jade commuted up to the Dentistry Building each day from her home near Windsor, where she also worked part-time at Lawtons as a shift supervisor.

Jade says there was nothing she didn’t like about the program. Giving her first injection, however, had her nervous. “I was scared of needles when I was young,” she admits. “But we practised on each other for four labs and by the time we finished those, I was OK.”

But the best part of the program for her, by far, was seeing patients in the clinic. “I loved building relationships with them. It was so rewarding.” That doesn’t mean she wasn’t anxious when it came time to treat her first patient. “We were so careful starting out. We didn’t want to hurt anyone.”

All the firsts of learning to become a dental hygienist may have been nerve-wracking, but Jade acknowledges how quickly a transformation occurred. “It’s amazing how you grow and change along with your skills,” she says.

What next
Jade has a job lined up at Seaport Dental in Port Williams where she’ll work alongside two dentists and another dental hygienist.

“I started looking for a job in February and was able to have my interview before the pandemic happened. I wanted to stay in the area where my family is.”

Before she can begin work, Jade still has her board exams to sit this summer. Until then, she continues to study, work at Lawtons, and, when time allows, indulge in her favourite hobby—a relaxing hike in the woods. 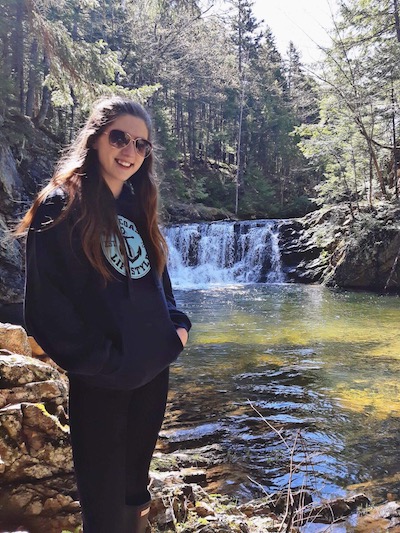