Posted by Cheryl Bell on December 18, 2017 in Research, News 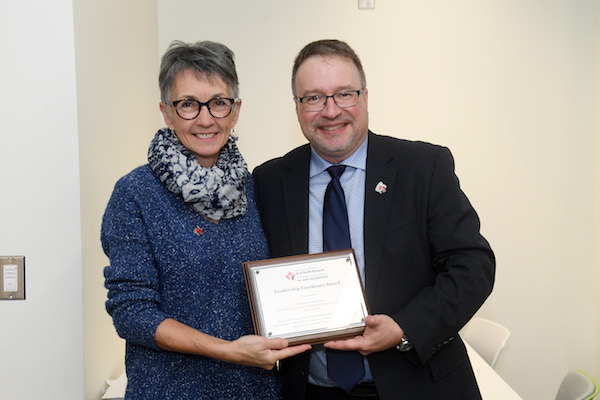 Congratulations go out to assistant dean of academics, Dr. Debora Matthews. She was presented with a Leadership Excellence Award from the Network for Canadian Oral Health Research (NCOHR) on December 13 for her work to create the network in 2012. Director of NCOHR Dr. Alain Moreau presented Matthews with a plaque as part of a town hall meeting at Dalhousie University.

Through her efforts, Matthews was successful in gaining initial funding through a Catalyst Network grant funded by the Institute of Musculoskeletal Health and Arthritis of the Canadian Institutes of Health Research (CIHR), with partnership funding from the Canadian Dental Association, the Association of Canadian Faculties of Dentistry, the Network for Oral Health and Bone Research, and all 10 Canadian faculties of dentistry.

The CIHR announced on December 12 that NCOHR has received a further $850,000 in funding. 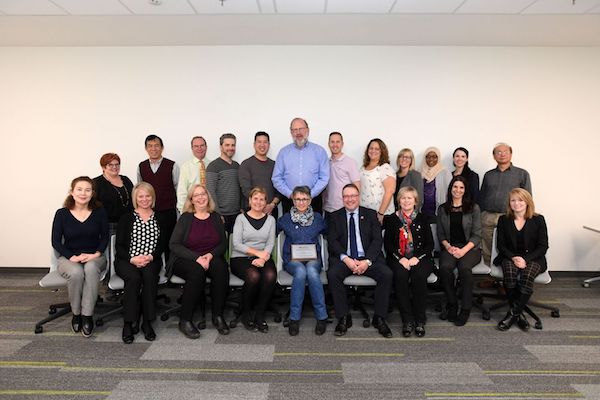 The Faculty of Dentistry's NCOHR researchers