Promotional details from event:
Addressing the theme of Democracy on Edge, Taylor and Chambers will engage in a wide-ranging conversation on the sources of sinking trust in democracy, and new directions to address contemporary challenges. Beginning with the rise of ‘populism’ and what it means for democracy, they will also discuss the role of disinformation in our new digital landscape as well as institutional reforms to restore citizen trust. The conversation will be moderated by Vassy Kapelos, Dalhousie alum and host of CBC’s Power and Politics.

Year after year the World Values Survey reports the global desire for democracy.  The reports often repeat Amartya’ Sen’s observation, issued at the beginning of the 21st century, that democracy is a “universal value at this point in history.” The global aspiration for democracy goes hand in hand with sinking trust that democratic states can in fact live up to that aspiration, however. Citizens are turning to autocratic and authoritarian options, abandoning trusted sources of information, and losing confidence in the institutions of representative democracy. Taylor and Chambers will engage in a wide-ranging conversation explaining and assessing the sources of sinking trust and suggesting new directions to address contemporary challenges to democracy. Beginning with the rise of ‘populism’ and what that means for democracy, they will also discuss the role of disinformation in our new digital landscape as well as institutional reforms that might restore citizen trust in democratic institutions.

Charles Margrave Taylor CC GOQ FBA FRSC is an internationally celebrated Canadian philosopher, and professor emeritus at McGill University. Taylor’s work bridges the gap between philosophical theory and political action. His writings have been translated into more than 20 languages, and have covered a range of subjects including multiculturalism, modernity, humanity, morality, artificial intelligence, language, social behaviour and Canadian politics. This work has earned him the prestigious Kyoto Prize, the Templeton Prize, the Berggruen Prize for Philosophy, and the John W. Kluge Prize, in addition to widespread esteem among philosophers. Learn more about Professor Taylor. 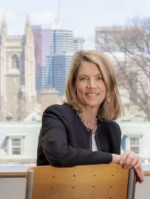 Simone Chambers is Professor of Political Science at the University of California Irvine.  A political philosopher who specializes in democracy studies, she is widely published on such topics as Canadian constitutional politics, referendums, the digital public sphere, rhetoric, and civility. Her new book, The State of Contemporary Democratic Theory, is a critical survey of the ways political philosophy is addressing the democratic crises of our times. Learn more about Professor Chambers. 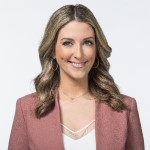 Vassy Kapelos is the host of Power & Politics, based in Ottawa. Prior to working at CBC, she was Ottawa bureau chief and host of The West Block on Global News. While covering federal politics, Vassy interviewed everyone from Prime Minister Justin Trudeau to NATO Secretary General Jens Stoltenberg. She’s covered and anchored multiple elections - both federal and provincial. Vassy has also reported on stories and events all over the world, from places like Rio de Janeiro, Iraq, South Korea and Japan, and reported on breaking news across Canada, including the fire in Slave Lake, floods in Manitoba and the shooting on Parliament Hill.

Vassy is an award-winning journalist and previously covered provincial politics in Alberta and Saskatchewan before working in Ottawa. She is also an alum of Dalhousie's department of Political Science. Learn more about Vassy.

Watch the recording of the event via CBC-NS

Watch the recording of the event via Dalhousie Youtube