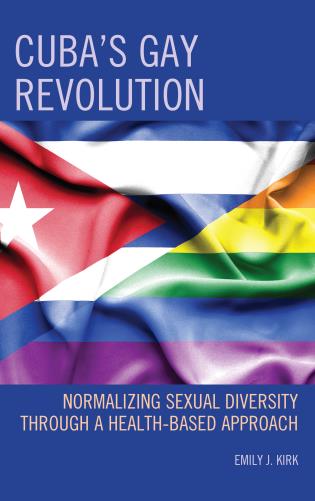 This cutting-edge work offers a unique perspective into sexuality in the Cuban revolution, and it begs the question as to what other nations can learn from this important example.

Order your copy here. Use code LEX30AUTH17 to receive 30% off the regular listed price.

How to make smarter sanctions against North Korea. 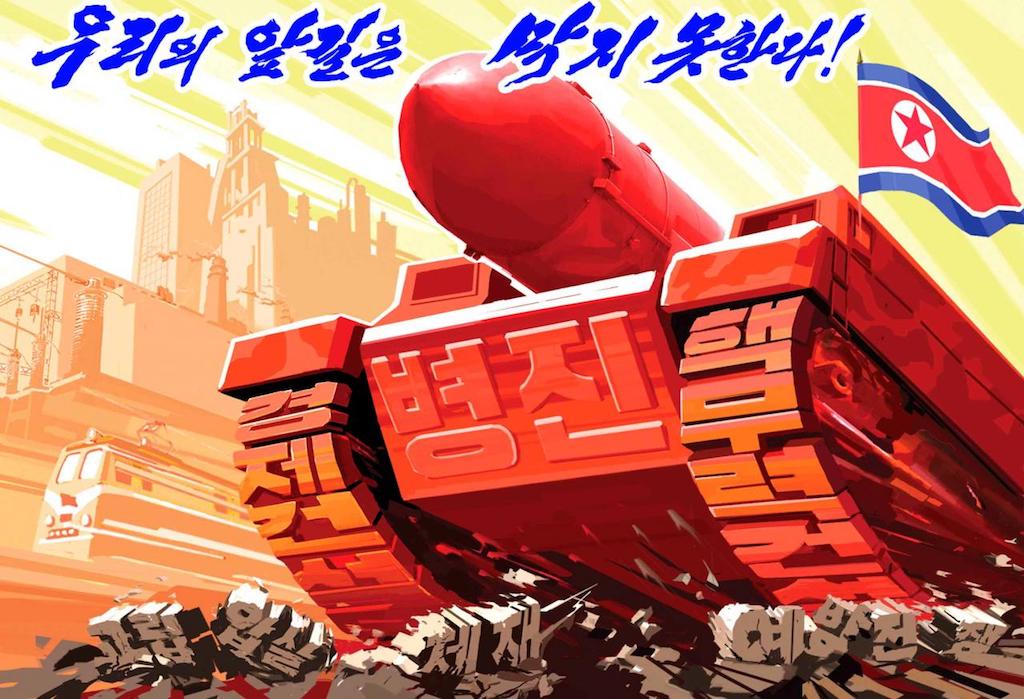 The full article is available for free here.

Instead of targeting Kim Jong Un himself, or denying much needed food aid to the North Korean people, sanctions should be aimed at those outside of North Korea who are making a profit with the regime.

Click here to listen to Prof. Huish on CBC's The Current.

New Research on Saying ‘No’ to Autonomous Governance. 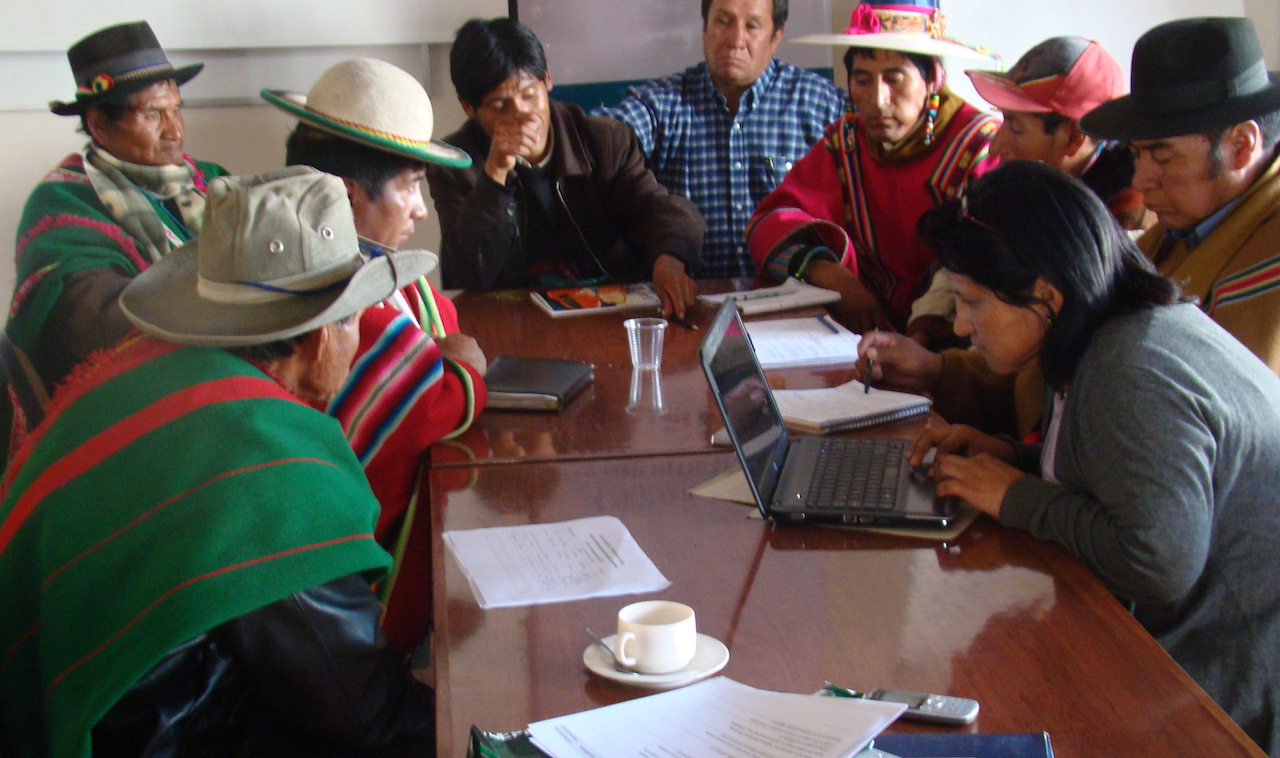 “My colleague Wilfredo Plata and I wrote this article together based on collaborative research that we’ve been conducting together in Bolivia since 2009, when Bolivia established a new constitutional framework for ‘Indigenous autonomy.’ Our earlier research focused on the experiences of Indigenous peoples who were trying to exercise their constitutional rights to autonomous governance. But while we were conducting that research, we realized that there were many, many more Indigenous organizations that were deciding not to pursue opportunities to establish autonomous governments – and it occurred to us that nobody was paying attention to them. While other researchers were focusing attention on the small number of Indigenous groups that were working to create autonomous Indigenous governments, we shifted our focus to try to better understand the perspectives of Indigenous leaders and communities that were taking decisions not to pursue the new legal opportunities for Indigenous self-governance. This article is our effort to try to explain their perspectives.

we shifted our focus to try to better understand the perspectives of Indigenous leaders..taking decisions not to pursue the new legal opportunities for Indigenous self-governance.

Our central argument is that there are both external and internal reasons within Indigenous communities in Bolivia for not pursuing Indigenous autonomy. Externally, the government of Evo Morales has made clear that it does not support Indigenous autonomy, in spite of a pro-Indigenous Constitution. In that context, many Indigenous leaders have taken the pragmatic decision not to pursue initiatives that could sour their relations with the national government. But internally, many Indigenous communities are also uncomfortable with the idea of shifting to new forms of “Indigenous” governance: they’ve learned to govern themselves through a hybrid combination of municipal government institutions and local Indigenous norms and don’t see any strong need to change. Moreover, many Indigenous people are wary of being perceived as ‘backwards’ and don’t want to jeopardize their efforts to become more ‘modern’; they equate Indigenous autonomy with traditional practices that no longer fit with the modern world and (jokingly) see it as worse than having to give up their cell-phones. While researchers often assume that Indigenous peoples will automatically want to exercise Indigenous forms of self-governance, we found a much more complex range of perspectives.

The article is written in Spanish because it was important to share our research findings and arguments with Indigenous leaders, researchers and policy makers in Bolivia first. The article has been presented at public forums in La Paz, El Alto, Oruro, Sucre, Santa Cruz, Cochabamba and Tarija. While an English language version of the article will be available soon, we felt that we had an ethical responsibility to publish the research first in the country where it was conducted.”

For links to our other research on Indigenous autonomy in Bolivia (in English and Spanish) check out:

Jason Tockman and John Cameron. 2014. “Indigenous Autonomy and the Contradictions of Plurinationalism in Bolivia” Latin American Politics and Society56, 3: 46-69.

Engaging with the Public

As an academic, one has no option but to grapple with two vital questions: 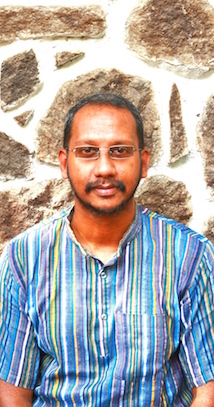 1) What are the objectives of knowledge production?

2) Can knowledge exist as an esoteric entity?

From my perspective based on a critical and emancipatory social science, these two questions are interrelated.  All kinds of knowledge that are produced should ideally have the objective of transforming inequitable and oppressive social relations, and contributing to human wellbeing in a wider sense.

Therefore knowledge cannot have an ivory tower social existence. It is this understanding, especially solidified through graduate seminars that I have taught like the Development and Philosophy of Social Science, which has resulted in my endeavor to engage with the wider public--outside the academic universe--through popular newspapers and magazines. It has been a very rewarding as well as fascinating exercise, especially when one writes for a large and varied public like that of India.

The greatest challenge is to translate difficult academic concepts into terms that a lay audience can understand, and to say what one has to say in very limited space. At the same time, what is remarkable is the way the supposedly lay audience responds to arguments which are not always cast in lay terms.

The sophistication and critical bent with which many ordinary people analyze arguments reinforces what the Italian thinker and activist Antonio Gramsci had theorized about the contradictory consciousness of ‘people’. For him, consciousness is contradictory because it has both critical as well as regressive elements. The prospect of contributing in some way to consolidating and multiplying the former is what is the most satisfactory aspect of engaging with the public.

Ultimately, democracy and development cannot realize their goals if the public cannot realize its potential through exercising its own critical consciousness.

Links to a few of my articles in the popular press:

What is the real connection between volunteering and the classroom? 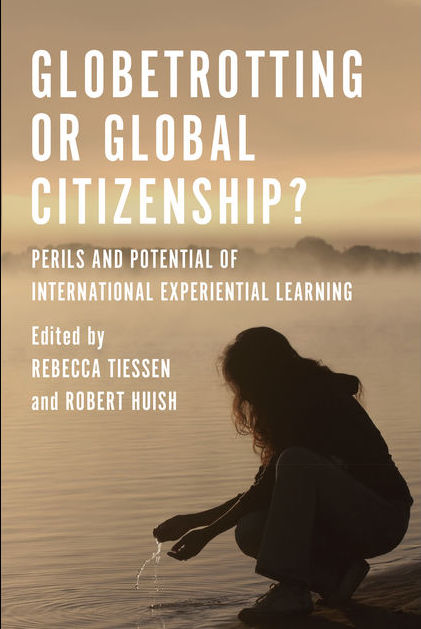 In Globetrotting or Global Citizenship: The Perils and Potential of International Experiential Learning (2014). University of Toronto Press. [available here]

Professor Huish co-edited, along with Rebecca Tiessen (University of Ottawa) a collection about the ethics of Experiential Learning.

The book wrestles with difficult ethical questions about the roles and responsibilities that students are expected to take on through volunteerism.

IDS Professor John Cameron appears in this volume along with scholars from across Canada. Globetrotting or Global Citizenship will serve as the text book for our Experiential Learning courses (INTD 3109 & INTD 3107).