Department of French Faculty of Arts and Social Sciences

Below is a selection of our graduate student profiles. 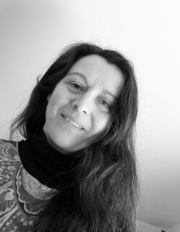 Anne Beinchet holds her B.A. in English from the University of Poitiers (France), her M.A. in Pedagogy of French as a Second Language from the University of Bordeaux (France) and her M.A in Translation from Kent State University (United Sates). She is now pursuing a PhD specializing in Linguistics. Her project will include an examination of the preservation of indigenous languages in Canada.

Anne has taught translation, French, English and Spanish at different levels, in different parts of the world and has now been working for several years as a freelance translator.