For the second year, the Classics Department Library hosted a light breakfast for the graduands and their families before the King's College Encaenia events. We are especially grateful to President George Cooper, Dean Nicholas Hatt, Dean Summerby-Murray, and the Rev'd Dr Thomas Curran, Dr Ian Stewart, the Rev'd Dr Gary Thorne, adjunct members of the Department from King's, many of whom are graduates of the Department themselves, who helped make the breakfast a large and joyful beginning of the happy day. 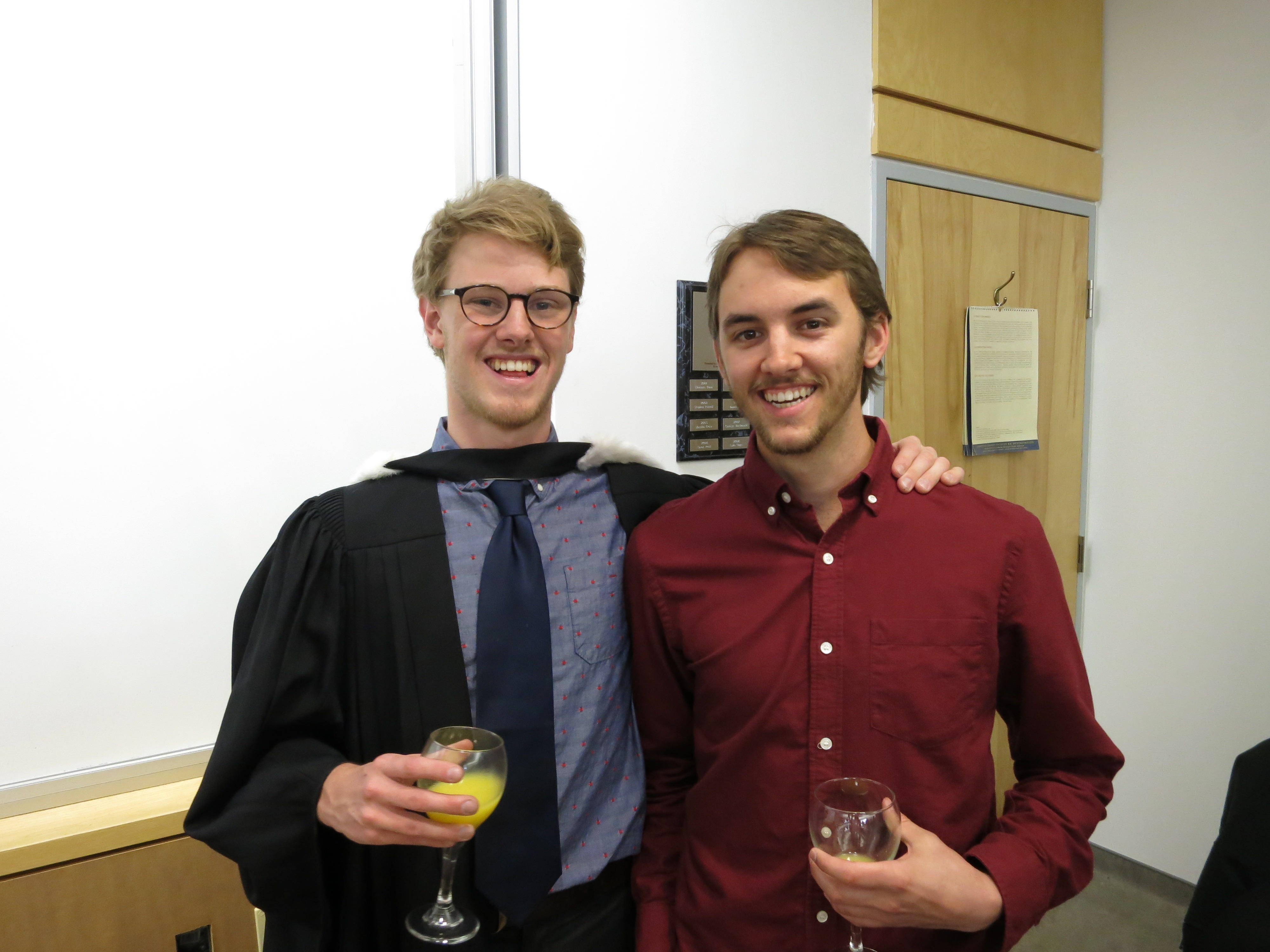 The Dalhousie Convocation Luncheon was a great success for a second year. Here the Department honoured its Dalhousie graduates whose origins exhibited a stunning spread. Daniel Gillis, from Port Hawkesbury, in Cape Breton, who will take a SSHRC MA Scholarship to Religious Studies at McGill, brought his parents, younger brother, and girl friend to celebrate his First Class Honours degree and University Medal in Classics. He very movingly replied to Dr Hankey’s toast to the Graduating Class. Tanisha Chakma, from Dhaka, Bangladesh, with First Class Honours in Classics and a Minor in Chinese Studies, the winner of the Nicole-Knox prize for excellence in Ancient Languages, came with her boy friend from Windsor, and Tibet Kara from Izmir, Turkey, was accompanied by his mother as he celebrated an Honours degree. Tanisha and Tibet are staying with us for graduate studies. Wesley Kerr’s parents joined us from Newburgh Ontario for Wesley’s Honours degree in Biology and Classics; Bryan Heytee’s parents and brother came from Toronto to help him celebrate a Master’s degree with a thesis written for Dr Diamond, and Ian Danylchuk came from Winnipeg for his graduation. After an outstandingly warm and happy gathering which included Dr Jack Mitchell’s mother Margaret and his elder son Caius, we trooped off to Convocation and heard a splendid and eminently memorable address by Professor Mitchell, the holder of our Faculty’s Outstanding Teacher Award: μαθεῖν παθεῖν (follow the link to watch the address).

We are delighted that so many friends and family came and joined the celebrations of our largest graduating class. We wish the best of our alumni in their future endeavors and look forward to welcoming many back in September as they begin graduate work in our MA programme.