The Titans have returned and the results are in! 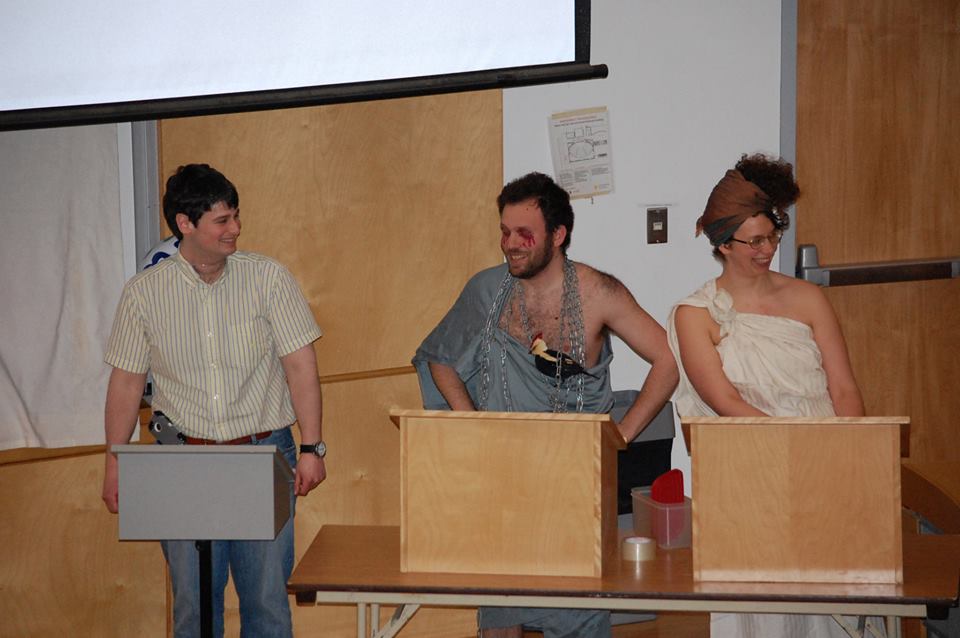 (Three Titans - played by Justin Singer, Aaron Shenkman, and Kaitlyn Boulding - competed in an entertaining, if not somewhat biased, version of Jeopardy: Titanomachy!)

This year they took place on March 21st, at 5:00pm in the Scotiabank Auditorium and were a tremendous success! 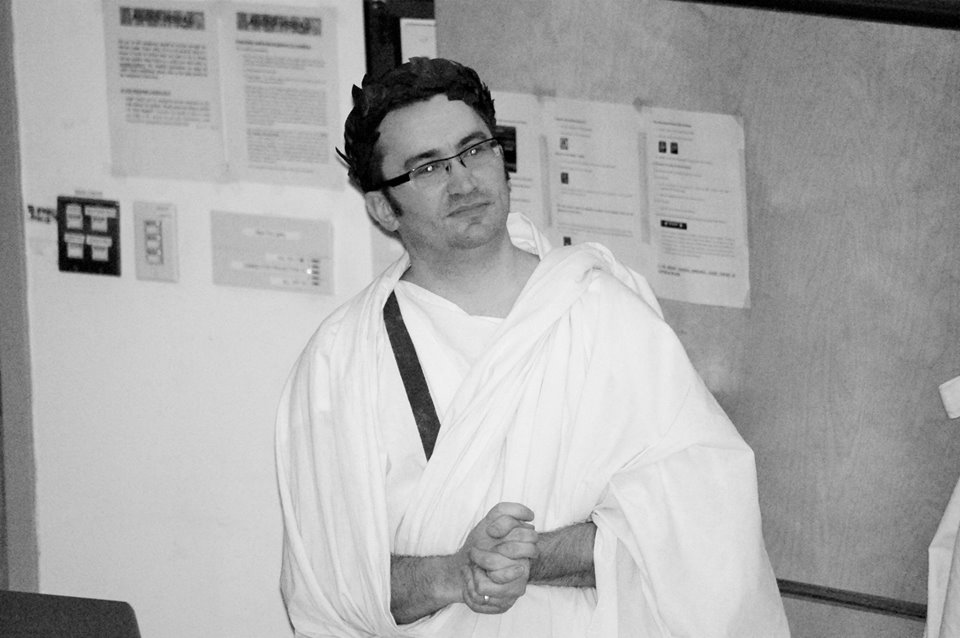 (our beloved Praecentor, Dr. Jack Mitchell, fully at home in his toga)

The competition was fierce this year, but the following individuals and groups walked away with the top prizes:

The Chair's Prize: $150 -Dal's Own 2nd Year Greek Class ("The Parasangs") for "Battering Ram" by (Miley) Cyrus the Lesser (English and Ancient Greek).

(Kate Jordon, Bryan Heystee, and Meg Shields took top prize with their investigation into the gastronomical aspects of Plato's thought in an original, On Hot Dogs)