Posted by stephanie rogers on October 18, 2021 in Alumni & Friends, News
A Ginkgo Biloba tree was dedicated to Science Atlantic on October 15th

Friday October 15th, a Ginkgo Biloba tree on the Agricultural Campus was dedicated to the 60th anniversary of Science Atlantic.

“The Faculty of Agriculture is proud to have been a member of Science Atlantic since 1969 when we joined as the former Nova Scotia Agricultural College – 52 of the organizations 60 years,” said institutional representative Dean David Gray. 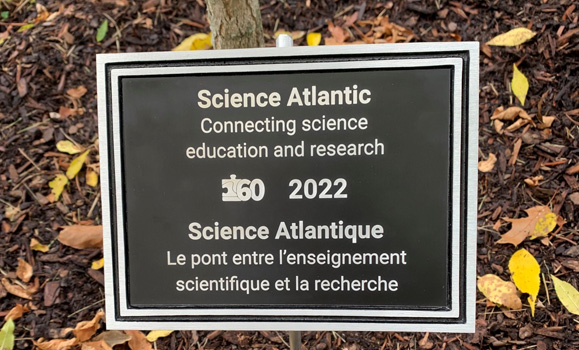 The selection of a Ginkgo Biloba tree was special.  These trees are known as ‘living fossils’ as it is one of the oldest living tree species – at more than 250 million years old.

The tree can be seen close to the entrance of the Rock Garden  near College Road. 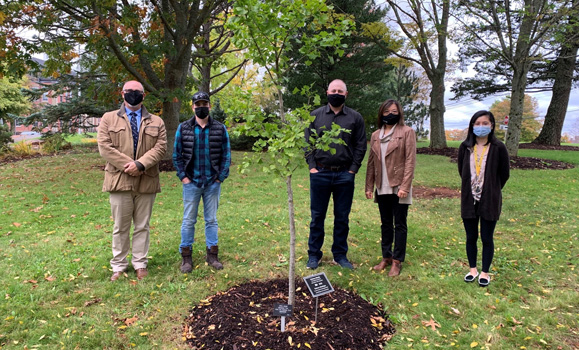