The Centre is providing an annual scholarship to a Master’s or PhD student to study any aspect of the European Union from politics to culture. Preference will be given to students who can demonstrate an active interest in the EU through prior learning.

Current thesis Masters and Doctoral students with a first class average who intend to or are pursuing studies and research related to the EU are eligible to apply. Scholarships are for one year only. Award recipients will be identified by the European Union Centre of Excellence Graduate Studies Scholarship Committee.

Award decisions are not appealable and any fees owing at the time of award payment will be paid to Dalhousie first. The Award is valued at $2000 for a twelve-month academic year (one award per year). It is tenable only at Dalhousie University.

Students must be accepted to Dalhousie University before they apply.

The Selection Committee was unable to decide between two applicants for the inaugural award and so the $2000 scholarship was divided between Andrew Bergel and Katie Harris. 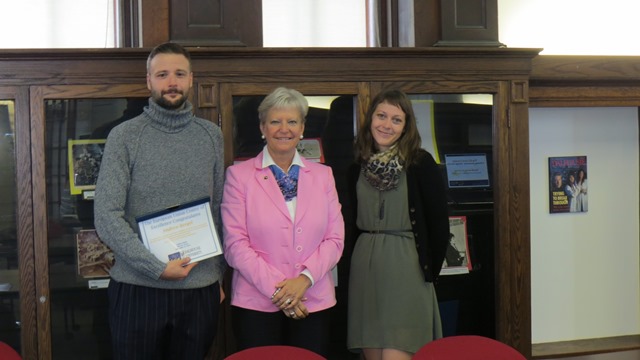