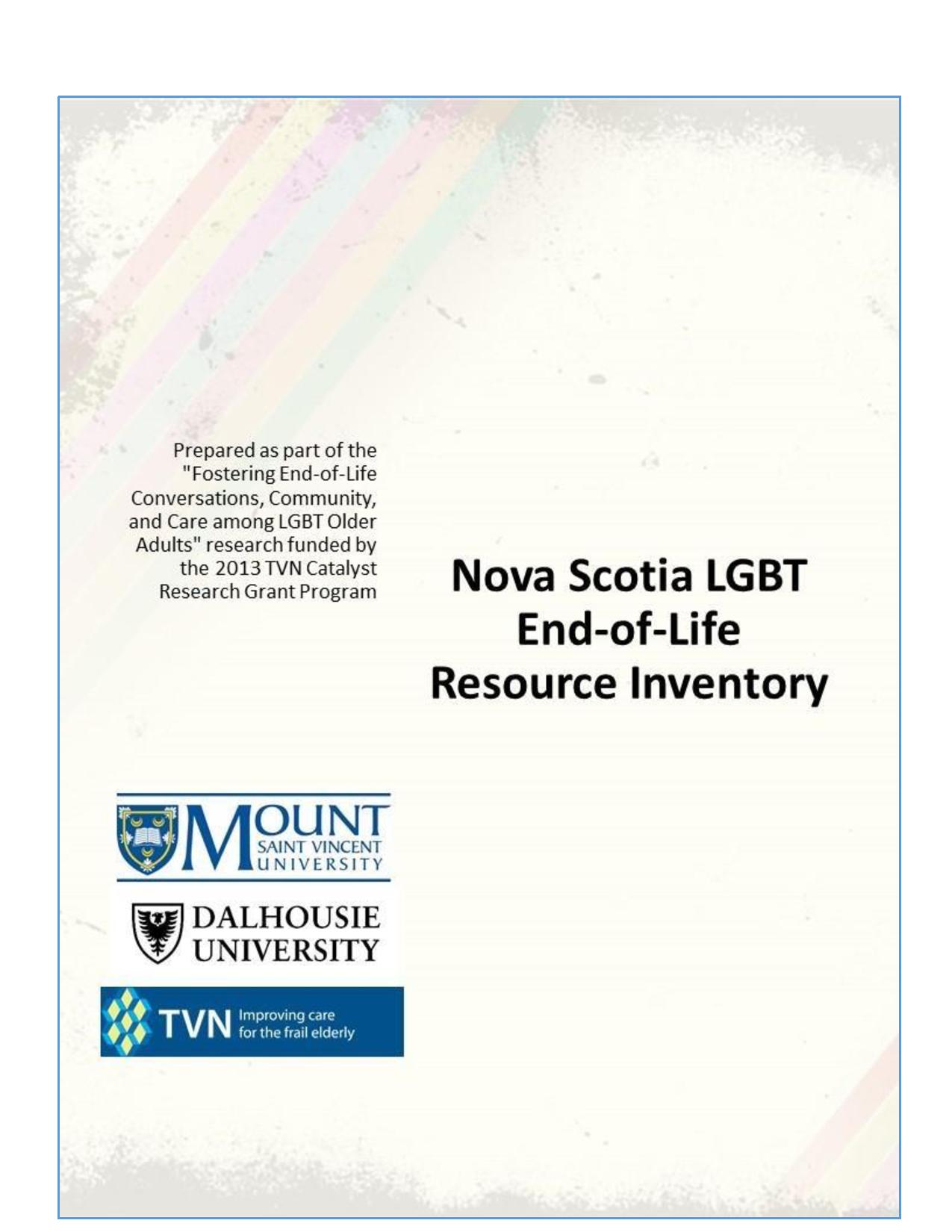 Lesbian, gay, bisexual, and transgender (LGBT) older adults face significant challenges in preparing for later life and end-of-life. They are more likely to age alone, with limited support, and in a stigmatizing environment where they are often poorly served by traditional social services and hesitant to avail themselves of the same.

This research project aimed to address these disparities by gaining a better understanding of the needs of older LGBT adults in five regions of Canada (Maritimes, Quebec, Ontario, the Prairies and West Coast). Focus groups were held with gay and bisexual men, lesbian and bisexual women, transgender individuals and service providers. These focus discussions were followed up by a community town hall meeting to report back to the community and raise awareness of the issue.

Reports and resources stemming from this national project can be found at http://sfu.ca/lgbteol. You can also view and download the Nova Scotia LGBT End-of-Life Resource Inventory that was compiled as part of this research. As well, you can view the presentation we gave at Northwood's 2015 Research Day with an overview of our research, including major themes.

About our team in Nova Scotia...

This research is funded by TVN (Technology Evaluation in the Elderly Network), which is supported by the Government of Canada through the Networks of Centres of Excellence (NCE) program, for $100,000 (2014-2015).