GAHPS recognizes that gender, as one of the determinants of health, is a significant influence on the health outcomes of many but especially people living with HIV and AIDS (PHAs), women, LGBTQ (lesbian, gay, bisexual, transgender, questioning/queer) populations, and youth. There are many great organizations addressing a variety of health promotion issues and perspectives which allows us to focus on this one primary determinant of health through transdisciplinary collaborations.

We know that not everyone is familiar with some of the terminology we use so please take a moment to read our Frequently Asked Questions. If there is a concept that is not clearly defined for you, please contact us for more information. 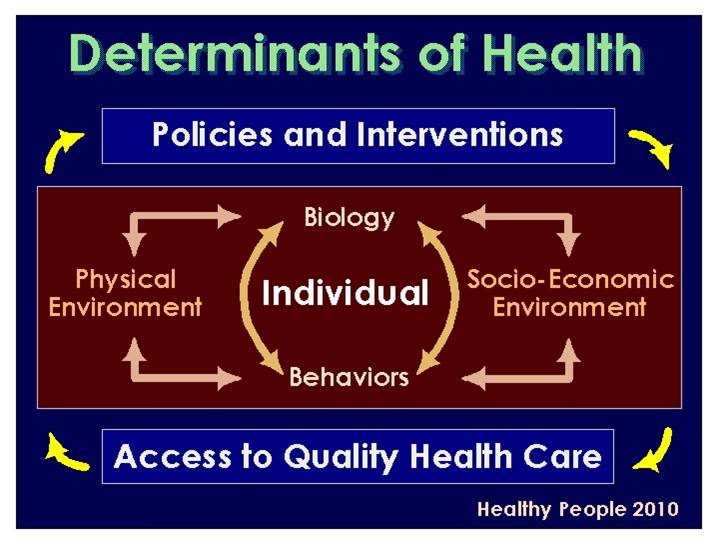 What is health promotion?

The World Health Organization (WHO) defines health promotion as “the process of enabling people to increase control over, and to improve, their health. It moves beyond a focus on individual behaviour towards a wide range of social and environmental interventions.” There are five action areas for health promotion (as identified by the 1986 Ottawa Charter for Health Promotion):

Health promotion recognizes that the health of an individual or community is influenced by several different factors known as the (social) determinants of health.

What are the social determinants of health?

The 12 Determinants of Health defined by PHAC:

What is gender and how does it affect health?

From PHAC: “Gender refers to the array of society-determined roles, personality traits, attitudes, behaviours, values, relative power and influence that society ascribes to . . . sexes on a differential basis. ‘Gendered’ norms influence the health system's practices and priorities. Many health issues are a function of gender-based social status or roles.”

Some examples of health issues related to gender: women are less likely to die prematurely than men but are more likely to suffer depression; men are more prone to death from injury (both intentional and unintentional); death due to cancer has declined for men but women have not shown similar advances.

What’s the difference between gender and sex?

Gender is social – how society identifies someone as male or female based on whether their behaviour and/or appearance matches socially understood definitions of masculine or feminine. (Note: different societies have different standards for these roles.)

Gender identity is internal – how an individual sees themselves; whether that’s male, female, or somewhere in between.

What is health equity?

The U.S. Department of Health and Human Services defines health equity as the "attainment of the highest level of health for all people. Achieving health equity requires valuing everyone equally with focused and ongoing societal efforts to address avoidable inequalities, historical and contemporary injustices, and the elimination of health and health-care disparities."

What’s the difference between health equity and health equality?

WHO address this specifically:
“Health inequalities can be defined as differences in health status or in the distribution of health determinants between different population groups. For example, differences in mobility between elderly people and younger populations or differences in mortality rates between people from different social classes. It is important to distinguish between inequality in health and inequity. Some health inequalities are attributable to biological variations or free choice and others are attributable to the external environment and conditions mainly outside the control of the individuals concerned. In the first case it may be impossible or ethically or ideologically unacceptable to change the health determinants and so the health inequalities are unavoidable. In the second, the uneven distribution may be unnecessary and avoidable as well as unjust and unfair, so that the resulting health inequalities also lead to inequity in health.”

Social inequality (which is connected to gender, race and wealth inequality) is the limiting or damaging the social status, class, or circle of a specific group of people. This can lead to limitation of certain rights (such as education or voting), disadvantages in housing and health care, quality of life, and more. For example: in some nations, indigenous populations are not granted equal rights under the law.

Structural inequality is similar in that it is the condition wherein one category of people is unequal in relation to other categories of people. This inequality arises from unequal access to roles, functions, decisions, rights and opportunities which are systemic in social institutions (e.g. the “glass ceiling” in many corporations where the top tiers of a business are a “boys’ club” that tends to promote men over women). This can also be seen in access to health care; rural communities face structural inequalities in diagnosis and treatment because there may be limited services available to them.

Via Wikipedia: “Intersectionality (or Intersectionalism) is the study of intersections between different disenfranchised groups or groups of minorities; specifically, the study of the interactions of multiple systems of oppression or discrimination.”

From a health promotion perspective, this means exploring how different determinants of health and social/cultural categories combine to contribute to social and health inequality.

What is prevention in relation to health?

The goal of prevention is to remove or reduce risks for harm (or further harm) to individuals and communities. There are three levels of prevention: primary, secondary, and tertiary.

Primary prevention is the main focus of health promotion; it seeks to create preventive measures that prevent people from becoming ill or injured. This could be through the creation of laws, attempts to change social attitudes, or changes to physical environments. One famous example is the introduction of seat belts to reduce the risk of injury during car collisions – while it may not prevent someone from being injured, it can decrease the severity of the injury.

Secondary prevention is related to the diagnosis and treatment of illness or injury to minimize the impact. This would be the more typical health-care route; someone gets sick, sees a doctor and gets treatment.  One of health promotion’s roles in secondary prevention is to raise awareness of risks to help encourage people to seek help (such as campaigns to educate populations on how to identify warning signs of a disease).

Tertiary prevention focuses on rehabilitation for those who have sustained illness or injury. This could include long-term treatment (such as medication) or short-term treatments (such as physical and/or occupational therapy). One of health promotion’s roles in tertiary prevention is to facilitate the accommodations for those who are living with illness or injury (such as ensuring spaces are physically accessible).

The United Nations Educational, Scientific and Cultural Organization (UNESCO) defines marginalization as occurring when: “people are systematically excluded from meaningful participation in economic, social, political, cultural and other forms of human activity in their communities and thus are denied the opportunity to fulfill themselves as human beings.”

What is minority stress?