Office of the Vice‑Provost, Equity and Inclusion

The idea for an International Women's Day arose around the turn of the 20th century out of a long-standing movement for women to participate equally in society. The first International Women's Day was observed on March 19, 1911 in Austria, Denmark, Germany and Switzerland. That day, more than one million women and men showed their support by participating in public events. Between 1913 and 1917, women elsewhere in Europe began to celebrate the day as well.

This year’s theme – Gender equality today for a sustainable tomorrow

This International Women’s Day, we invite you to take a pledge to advance gender equality and support an inclusive and sustainable environment "recognizing the contribution of women and girls around the world, who are leading the charge on climate change adaptation, mitigation, and response, to build a more sustainable future for all." 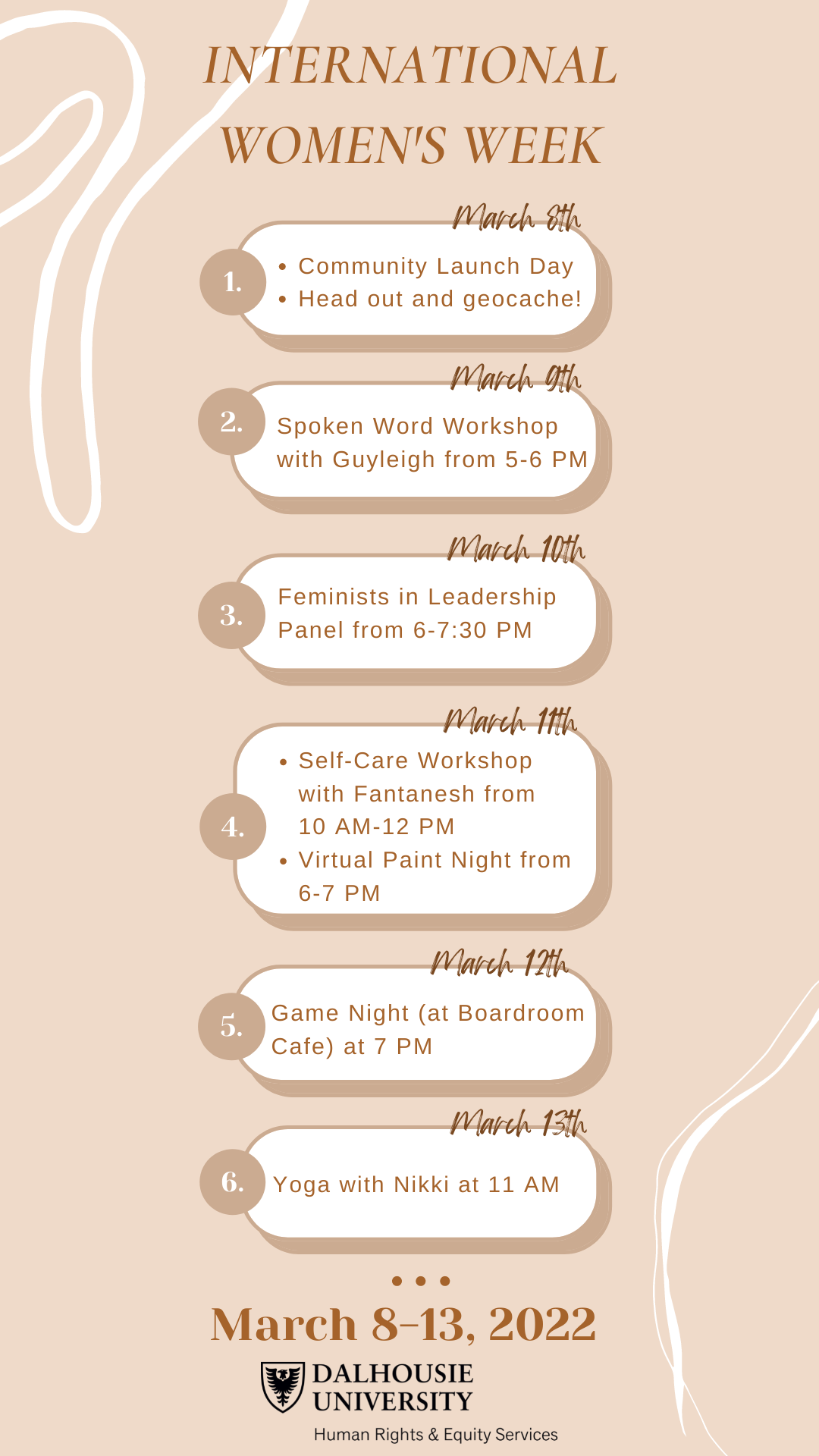 This year, Human Rights & Equity Services is hosting a full week of programming to engage with the community on the theme of feminists connections.

All the events are free and open to all. Most of the programming will be happening virtually and can be dropped in on. Two of our events, the Virtual Paint Night and the Boardgame Night require pre-registration. To reserve a spot, please register via Eventbrite (details below).

We welcome you to join us for the municipality's International Women's Day celebration on Tuesday, March 8, 2022. This event is presented in partnership between Halifax Regional Municipality's Office of Diversity & Inclusion/ANSAIO and The Halifax Central Library.

All are welcome to this free virtual event.

Where: Zoom. Please register for the virtual event   https://us06web.zoom.us/webinar/register/WN_J3lzwuwsR_GmzAwqz4M9eQ

Join us for an engaging panel with El Jones, Cathy Martin, Madeleine Stinson, and Susan Leblanc on feminist leadership.

Join the HRES Peer Educator Team for a virtual paint night. This event requires pre-registration as supplies will be provided. Please register below if interested!

Join the HRES Peer Educator Team for an evening of boardgames at the Boardroom Cafe. Entry is $5 +hst.

Join Nikki to close off international women's week with some intentional movement. This workshop is open to all skill levels.