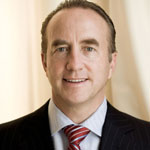 John McCall MacBain used to be known as the King of Classifieds.

Mr. McCall MacBain always wanted to be an entrepreneur and his talents revealed themselves early.  From Niagara Falls, Ontario, John was hired as a swimming instructor by the city when he was 17.  But when he had to miss a week of work to participate in a Spanish-language contest, he was out of a summer job.  Not for long, though.  He asked neighbors if he could use their pools for a swimming school.  By the end of the summer, he had a million-dollar liability insurance policy and 25 pools in operation.

University then beckoned.  John earned a BA in economics at McGill, where he also won a Rhodes Scholarship.  Historically, Rhodes winners exhibit academic smarts, substantial community engagement and that little something extra that makes the difference in future leaders.  Law at Oxford followed and then Business studies at Harvard.  Then Mr. McCall MacBain got serious.

In 1987, at the age of 29, John McCall MacBain purchased three small classified papers for people buying and selling cars in Montreal.  Over the next thirty years, he built a worldwide business of buy-and-sell magazines including Auto Trader, Buy and Sell, Bargain Finder and home TRADER.  His global companies eventually spanned 20 countries and included more than 50 websites and 575 print titles.

But then the King of the Classifieds did something that might surprise you.  He sold his companies, set up a charitable foundation with his wife Marcy, and decided to donate his fortune to building a better world.  Based in Geneva, Switzerland, he oversees the McCall MacBain Foundation’s mission “to improve the welfare of humanity through focused grants in health, education and the environment.”  His first grants went to initiatives in Liberia to help rebuild a country ravaged by years of civil war.

Discussing this radical life change, Mr. McCall MacBain told a reporter “Your goals change as the roof gets higher.  At the beginning you say, I’d like to put my family through school and get a nice house, but when you’ve passed, you say, the marginal utility of money is zero in the end.  You can’t eat it.  You can only sleep in one bed.  We don’t have extravagant needs…so we want to give the balance away.”

Mr. McCall MacBain gives generously of his time as well as his fortune.  He is a trustee of the Rhodes Trust, which oversees the Rhodes Scholarships worldwide.  He is founder and chairman of the European Climate Foundation, a nonprofit organization that promotes energy policies to reduce Europe’s greenhouse gas emissions.  His university connections are also deep.  He serves on boards with Yale University’s Centre for Environmental Law and Policy, Oxford University’s Wadham College and McGill University’s capital campaign.

Mr. McCall MacBain also has a Dalhousie connection of which he is very proud.  His late father, Arthur Allister McBain, graduated from Law at Dalhousie in 1951.  Born in New Glasgow, Nova Scotia, the elder Mr. MacBain was a Member of Parliament representing Niagara Falls and, from 1980 to 1984, he served as Parliamentary Secretary to the Minister of Justice and Attorney General of Canada.  Today, John funds a large scholarship named in his father’s honour to support a student entering our Schulich School of Law who has achieved academic excellence and demonstrated significant involvement in extracurricular and community activities.  In short, a model student with the achievements and values that have brought John McCall MacBain such success and the opportunity to do good in the world.

In the history of global commerce many ambitious men have won great fortunes.  Most of their names are now forgotten except for a handful who saw their achievements in a larger setting and took up the challenge to build the foundations for the success of others both in their own time and long into the future.  John McCall MacBain is such a visionary.

Mr. Chancellor, for his extraordinary generosity and ingenuity, I ask you, in the name of Dalhousie University’s Senate, to bestow upon John McCall MacBain the degree of Doctor of Laws, honoris causa.